Rebecca Sellers puts the spotlight on the Government's long awaited review of insurance contract law
15th Mar 18, 9:55am
by Guest 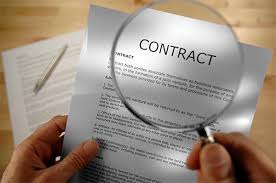 Commerce and Consumer Affairs Minister Kris Faafoi has announced a review into “significant problems” in New Zealand’s insurance industry. This article summarises some of the issues that have been identified by previous reviews and by the International Monetary Fund (IMF).

In 1996 and 2004 the Law Commission recommended changes to insurance contract law. In 2007, Cabinet agreed to introduce a new law, but reform stalled. In the intervening years other common law countries have significantly reformed insurance contract law. In New Zealand the Canterbury earthquakes have renewed political interest in insurance. The current review may now bring change, although the terms of reference for the review are impressively wide.

The following sections lay out the main areas contained within the terms of reference of the review.

Disclosure will be reviewed as the current regime is “onerous” and “tough for people who genuinely believe they have met their requirements”. At common law the insurance customer has a duty to disclose all material circumstances to an insurer prior to entering into an insurance contract. What the customer should disclose depends on what a prudent insurer considers to be material – not what the customer thinks is relevant to the insurance contract. There is no statutory requirement for the insurer to warn the customer about the duty of disclosure; and the fact that the insurer asks specific questions on the application form does not excuse the customer from disclosing other material circumstances.

Previous reviews identified that the duty to disclose is not well understood by customers. In contract with the New Zealand practice, Australian insurers can no longer rely on the duty of disclosure in consumer cases unless the insurer asks the customer specific questions. Further, the UK recently abolished the duty of disclosure for consumers.

The remedies for non-disclosure in New Zealand are seen as particularly problematic. If a customer fails to disclose material information, even if that failure is innocent and there is no causal link between the non-disclosure and loss, the insurer can avoid the contract from inception. This means that it is as if the insurance contract never existed – so not only is the customer’s claim not covered, but the customer has no insurance. This remedy for non-disclosure has been criticised in previous reviews as an imbalanced response, inequitably favouring the insurer and having disproportionately harsh results for a customer. Other jurisdictions have introduced more proportionate remedies for non-disclosure.

The Minister announced that the review will consider whether there is a case for greater regulation and supervision of insurers' conduct. In May 2017, the IMF assessment of New Zealand’s financial sector (IMF Report) identified significant gaps in the regulation of insurance. The IMF Report recommended that the Government and Financial Markets Authority review the scope of conduct regulation for insurance, considering all aspects of the insurance product life cycle and develop a regulatory framework.

The IMF Report measured New Zealand against international standards for insurance regulation. The standard for conduct of business regulation is that a supervisor requires insurers to treat customers fairly, both before a contract is entered into and through to the point at which all obligations under a contract have been satisfied. Fair treatment of customers encompasses achieving outcomes such as:

 Developing, marketing and selling products in a way that pays due regard to the interests and needs of customers;
 Providing customers with information before, during and after the point of sale that is accurate, clear and not misleading;
 Minimising the risk of sales that are not appropriate to customers’ interests and needs;
 Ensuring that any advice given is of a high quality;
 Dealing with customer claims, complaints and disputes in a fair and timely manner; and
 Protecting the privacy of information obtained from customers.

Technical issues
The scope of the current review includes six pieces of legislation that could benefit from modernisation. The previous reviews identified technical failings in the legislation which make it harder for the insurer to accurately price the risk. This could make insurance more expensive for New Zealanders.

Section 9 of the Insurance Law Reform Act 1977 (1977 Act) restricts the ability of insurers to time-bar claims in all policies of life insurance and in other policies where the insurer suffers no prejudice as a result of the delay. This causes problems for professionals (such as doctors, accountants, financial advisers or lawyers) because professional indemnity policies operate on a “claims-made” basis. The advantage of a “claims-made” policy is that the error, omission or negligent act of the professional can be difficult to pin-point to a particular day (for example a doctor’s mis-diagnosis or architect’s defective design). So the professional notifies any issue that arises during a particular year. A claims-made policy enables the insurer to better predict the limits of its exposure and more accurately estimate the premium each year.

However, section 9 applies to claims-made policies – in some circumstances allowing claims to be notified outside the policy year. This exposes the insurer to
greater risk, which can be managed by increasing the premium payable for the professional indemnity insurance.

Section 11 of the 1977 Act was also considered in the previous reviews. To understand how section 11 should operate, consider a driver who is driving his car
home after a party. He is over the legal limit for alcohol. Waiting at traffic lights, his car is struck from behind, but the accident is not related to the driver’s intoxication.
Section 11 operates to prevent insurers excluding liability where circumstances exist which increase risk, but the loss is not attributable to that increase in risk. So, in the example of the drunken driver, his alcohol intake did not cause the loss, so the insurer is required to pay.

However, section 11 prevents insurers imposing reasonable limits to cover – which could mean that insurance is more expensive than it should be. For example, a customer should expect to pay less premium if the policy (1) limits the geographical area in which a loss must occur, or (2) limits the age, identity, qualifications or experience of a driver or (3) excludes loss while a vehicle is used for commercial purposes. This is because statistically these limitations will make it less likely that there will be a loss.

Section 11 prevents an insurer relying on an exclusion where the exclusion takes no account of the extent to which an exclusion may be framed with a statistical likelihood in mind; and forbids such exclusions. Previous reviews recommended this as an area which needs reform.

Part 3 of the Law Reform Act 1936 was developed to address “the dangers that the increasing use of motor vehicles caused to New Zealander’s persons”. A statutory charge was imposed on the insurance monies to protect the injured person in case the motor vehicle driver became insolvent. The injured person could enforce the charge against the insurer in the same way as if proceedings were an action to recover from the driver. This provision applies to all liability policies, and previous reviews have criticised its form and application.

Directors rely on insurance policies that should cover the cost of defending claims, as well as meeting any damages awarded by a court. If the damages claimed from a director are significant, there is a risk that the director may become insolvent. The statutory charge has caused problems for directors. Where the insurance policy has a single limit of indemnity for damages and defence costs, the courts have decided that the statutory charge attaches retrospectively to all sums payable under the policy, including defence costs. The result of this is that in some cases (such as that of the Bridgecorp directors) there is no money available from the insurance to fund defence costs.

This can lead to uncertainty because it is not stated in the statute what constitutes being entitled to a commission or other reward. The Insurance Intermediaries Act 1994 also deals with agency issues in relation to premiums and claims payments. It is appropriate to ensure consistency between the various agency provisions, and to ensure that these provisions remain effective in light of the changes proposed in the Financial Services Legislation Amendment Bill.

The review will aim to modernise New Zealand’s insurance contract law and consolidate it into one Act. Part 2 of the Life Insurance Act 1908 needs modernising to enable the assignment and mortgage of insurance policies. The Marine Insurance Act 1908 is included in the scope of the review. The equivalent UK legislation has been reformed and the New Zealand marine legislation is ripe for review.

Towards the end of autumn, an issues paper will be released on the objectives for insurance contract law and on the issues that have been identified. Much of the subject of the review will be technical and will not cover the complexity caused by multiple earthquakes in Canterbury and the Earthquake Commission’s role in handling claims. Although the review has identified areas that are not in scope, to be effective it must remain cognisant of commercial issues and the wider scope of regulation that impacts insurance companies.

The UK recently took 12 years to go through similar reforms. New Zealand has the advantage of being able to draw on some of the expertise from the UK. To achieve the Minister’s desire “to move this forward quickly” it will be necessary to use available expertise to ensure that New Zealand has a well-functioning insurance market which treats customers fairly.

*Rebecca Sellers is a director of Melior Law &amp; Regulation. She is a contributing editor to Colinvaux’s Law of Insurance in New Zealand and Convenor of the Commercial and Business Law Committee of the New Zealand Law Society.