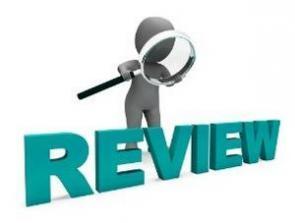 The following comes from the issue identification and remediation section of the Financial Markets Authority and Reserve Bank report on conduct and culture at New Zealand life insurers. You can see our main story on the report here.

We looked at issues that insurers had identified and were currently, or had recently completed, remediating. Insurers self-identified few issues, and there was limited evidence of them undertaking remediation work. We are concerned by this finding. Our view is that this is likely to reflect the ineffectiveness of the complaints and incident management systems and processes (which we saw clear evidence of) rather than a lack of issues. We are not convinced that insurers had made enough of an effort to uncover issues or understand how they may arise. Over the course of our review we identified other issues that insurers had not yet remediated.

Most activities that insurers classified as ‘remediation’ in their initial responses were internal projects such as product reviews or system upgrades that either were not related to the life insurance business or did not have a direct customer impact.

Our review identified 16 specific activities across 10 insurers that we would classify as ‘remediation’. These were in progress or had recently been completed, and had a direct customer impact – ie, may result in the refund of overpaid premiums or a change to the customer’s cover or benefits.

Two of these 16 activities had been fully quantified, with a total of 92 customers and approximately $31,000 in remediation involved. For a further eight of these remediation activities, insurers had identified the number of affected customers only (this ranged from 3 to 223). The remaining six activities were yet to be quantified by insurers.

While some of these issues had only recently been uncovered, insurers had known about others for a year or longer and the lack of detail provided appeared to reflect a general lack of urgency and attention by the insurers. For 12 of these issues, insurers had not confirmed their plan and timeframe to remediate.

We will be following up on these issues with the individual insurers in our feedback letters.

Some examples of remediation underway are:

• One insurer recently undertook a data cleansing exercise that identified a variety of data discrepancies such as incorrect dates of birth (all of which were due to manual errors) that resulted in customers being overcharged premiums. Work to refund the 30 affected customers was well underway.

The majority of issues appeared to have been caused by system and process weaknesses, or processing errors – with some related to manual processes. It is
of concern that there is a heavy reliance on manual processes, which are more difficult to oversee and more likely to result in errors and omissions.

Where we did see evidence of issues related to poor conduct and potential misconduct, these were largely (with a couple of exceptions) driven by poor company policies, not putting customer interests first and neglecting to consider customer outcomes, rather than the conduct of individual staff. There were, however, examples of poor customer outcomes that relate to both the specific poor conduct and potential misconduct of intermediaries.

From our review we became aware of a number of instances of poor conduct and some cases of potential misconduct that resulted in poor customer outcomes. Some of these examples are included in the remediation activities noted above, but others had yet to be remediated. Examples include:

• neglecting to effectively notify policy-holders of increases to their premiums
• old policies not cancelled when customers transferred to a new policy, and premiums still being charged for the old policy
• selling of credit insurance to potentially ineligible customers
• annual inflation rate not applied correctly to cover and premiums
• premiums continuing to be charged after the policy end date.

The following examples are worth noting:

• One insurer’s life product had been sold to foreign customers who were ineligible for the insurance cover (as cover is only provided to New Zealand residents) and therefore would never be able to make a claim.

• One insurer sent mail-outs containing information that – for some customers – the insurer knew to be incorrect. The insurer had taken no steps to advise these customers they had been provided with incorrect information (customers were told of benefit enhancements, but the insurer considered these customers were not entitled to them). The insurer had taken no steps to prevent incorrect information being provided in future correspondence. We were advised this ‘error’ was due to IT system constraints, but this was equally an example of both a lack of investment in systems and a failure to address a known issue. Evidence provided suggested that the insurer may not honour the benefit enhancements notified and has declined claims from affected customers on the basis that they were not eligible.

• One insurer had a one-off system error that resulted in an excessive consumer price index increase (up to 30 times) being applied to the sum insured, with a corresponding increase in customers’ premiums. The 223 affected customers were charged and had been paying the incorrect premiums. This issue occurred (and was discovered) in 2015. Initially the insurer did not proactively contact these policyholders, and relied on customers making contact. While customers who received larger increases were quick to contact the insurer to have this corrected, many with smaller increases had not made contact and were continuing to pay the higher premium. Three years after the event, the insurer had yet to remediate 111 of the customers.

• One insurer was only remediating customers if they complained about the high premiums for their funeral insurance. The premiums become increasingly hard for customers to afford as they age and in many cases the total amount of premiums paid was more than the sum insured. These policies do not have a surrender value and if the policy is cancelled the premiums paid are not refunded back to the customer. The insurer had a reactive remediation guideline in place for frontline staff to deal with any complaints from customers about not being able to afford the premiums. This was offered on a case-by-case basis (depending on the age of the customer and how much their premiums exceed the sum insured), creating a ‘two-tier’ premium scale between customers who complain and those who do not.

• One insurer required additional training of intermediaries for their guaranteed acceptance life insurance product, yet this training had not been provided to all intermediaries selling the product.

As a result, intermediaries who were not adequately trained in this specialised product run the risk of misinforming customers. This was evidenced by the extremely high rate of claims being declined for this product.

Any conduct issues that resulted in poor customer outcomes and warrant further investigation and potential enforcement action will be followed up by the FMA, RBNZ or the Commerce Commission, depending on which regulator can take action under the relevant legislation.

There is concern that some of the issues identified by the ARC may also be occurring (or have the potential to occur) in New Zealand. Some life insurers operating
in New Zealand are Australian-owned, including some by Australian banks. They are likely to have some commonalities in their internal governance, policies and
procedures.

Insurers expressed confidence that the issues identified by the ARC and other reports from Australia (such as Financial Ombudsman reports into claims handling) are unlikely to be occurring in New Zealand – or if they are occurring, they are less widespread and are likely to be identified more quickly.

We consider this confidence is misplaced. Overall, insurers did not know enough about what issues may exist in their business, and there was insufficient effort made to discover them. There was also a lack of analysis of their systems, processes and controls against matters highlighted by the ARC and related investigations (such as the investigation into CommInsure). Just fewer than half of the insurers we reviewed had undertaken some form of analysis by the end of our review. A few of the insurers were quick to differentiate their business from the Australian market based on a single point of difference (eg the ARC examples of fees for no service, targeting vulnerable customers, or the issues associated with a vertical integrated business model did not apply to them).

We expect all insurers to proactively review the work of regulators and related international examples to help identify potential conduct and culture issues here. This includes examining the key themes and issues arising from the ARC, and determining whether there are similar issues present or possible in New Zealand. We will continue to review their progress as part of our ongoing monitoring of the insurance sector.

These reviews are all well and good but I feel they all miss the boat on significant item. That is defining the purpose of the industry, taking it back to basic, fundamental principles. Banking and the insurance industries these days are more about making money than delivering a service. I feel that the General public would benefit hugely if these industries could be reminded of their part in society. Can't see that they'd agree though.