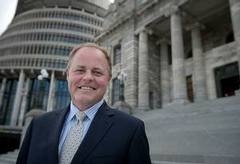 Hughes told interest.co.nz in a Double Shot interview earlier this week that KiwiSaver was both a great opportunity for investors and a regulatory risk for the FMA. The regulatory risk stemmed primarily from the lack of a prudential regulator, Hughes said, with the FMA overseeing disclosure, conduct, licencing and trustees, and the Inland Revenue Department (IRD) having an administrative role. But unlike in Australia, where the Australian Prudential Regulation Authority (APRA) serves as prudential regulator for superannuation schemes, no one fills such a role in New Zealand.

Hughes said KiwiSaver was something both the government and FMA have a "paramount duty to ensure works well" for its 1.9 million members who have about NZ$12 billion invested through the scheme.

However, Foss told interest.co.nz - via a spokeswoman - that the government established a single regulator for KiwiSaver and other managed funds when the FMA was created on May 1 last year.

"This ensures that there are no regulatory gaps and the FMA can look at both the market conduct of the fund (e.g. is its behaviour consistent with the investment statement it has issued) and its competence," Foss said.

“The Government does not consider that there is a gap to be filled by prudential regulation of KiwiSaver schemes. The FMA will have the tools and powers to appropriately regulate the schemes. The regulation focussed on competence and conduct - which will be squarely within the purview of FMA," Foss added.

RBNZ won't be brought in

The Reserve Bank of New Zealand serves as prudential regulator for the country's banks, non-bank deposit takers which include finance companies, credit unions and building societies, and insurers. However, Foss is adamant the central bank won't be given a similar role with KiwiSaver providers.

“The FMA is the single regulator for KiwiSaver. The Reserve Bank prudentially regulates certain entities that promise to pay out of the assets of the entity, e.g. banks and non-bank deposit takers have to repay their deposits, insurance companies have to have enough money to pay in the event of a loss," said Foss.

In contrast the FMA's website notes the core obligations of KiwiSaver providers are set out in the KiwiSaver Act 2006, which in summary include the need to:

Furthermore, by September 30 this year all KiwiSaver schemes, other than certain employer and restricted-entry schemes, will be required to have a manager who is the issuer for the purposes of the Securities Act, and a licensed external trustee whose main function is to supervise the manager.

In addition the FMA website says anyone offering a KiwiSaver scheme must obtain IRD certification for their schemes.

(Update clarifies situation in Australia where prudential guidelines are currently in place but prudential standards are on the way).