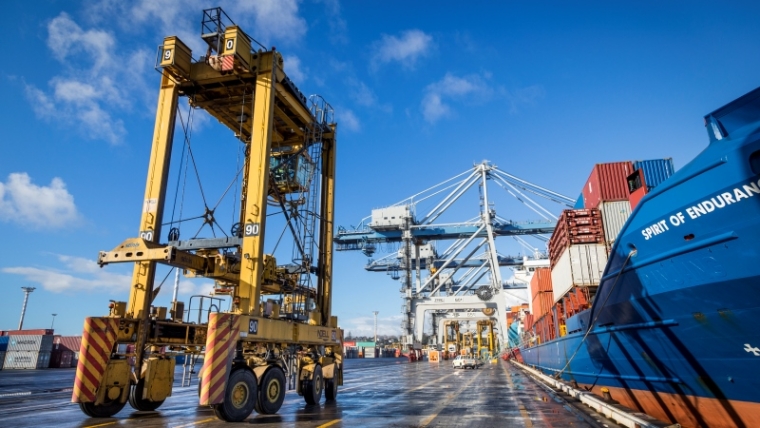 The New Zealand Institute of Economic Research (NZIER) says the country is on track to maintain an average growth rate of 2.2% over the next five years despite growing concerns about a global slowdown.

“We now expect annual GDP growth to average around 2.2% over the next five years. With the trade war between the US and China showing little sign of being resolved anytime soon, this is likely to dampen demand for New Zealand exports from 2020,” Leung says.

She says the NZIER doesn’t expect the economy to go into a recession, but expects another rate cut by the Reserve Bank of New Zealand (RBNZ) by the end of the year.

“To put things in context... we have actually fared pretty well in the wake of the Global Financial Crisis (GFC),” Leung says. “In fact when we look at the OECD countries we are second only to South Korea in terms of the recovery since the GFC. Part of that reflected the strong demand for dairy in the wake of the GFC from China. Which did provide some buffer from the slowing in other areas."

And despite the current global slowdown and US-China trade war the economy isn't in a bad position.

“With the unemployment rate running at an 11 year low of 3.9% it does suggest that even with these global headwinds there is a reasonable degree of buffer for the New Zealand economy.”

But Leung says there is still some slack in the New Zealand labour market, despite the low level of unemployment. For example she says there are still 100,000 people classified as underemployed.

“That’s workers who want to be working more hours.”

She says such labour market dynamics are why we haven’t seen strong wage growth to offset the tighter conditions in keeping with more historical trends.

But Leung says business confidence remains weak and report suggest businesses are struggling to pass on rising costs and are also reporting a softening in demand.

“A net 31% of businesses are feeling pessimistic about general economic conditions over the coming months. More importantly though we focus more on firms’ own trading activity as a measure that provides a better indication of economic activity. Now the decline in that has not been as stark as business confidence.”

But she says there has still been a softening in what businesses are reporting in terms of their own trading activity.

“And it does suggest annual GDP growth will slow to around 2% over the coming year.”

“We do expect that will flow through to reduced growth in construction later on. For now though and the fact we’ve had such strong population growth, we’re seeing that continuing to support construction activity, particularly with residential investment.”

Leung says although the number of tourists coming into the country appears to have peaked, tourism spending is still holding up.

“We’re starting to see a decline in the number of tourists visiting New Zealand. But it’s important to bear in mind though that tourist numbers is just one part of the story when it comes to overall tourism spending, [but] it’s still showing decent growth.”

She says the US economy is still showing strong signs of growth with 170,000 new jobs per month over the past year.

“Nonetheless the central bank has cut its policy rate as a pre-emptive measure,” Leung says.

“And when it comes to what’s going on in China there’s been a few things, particularly when it comes to the Government which has been proactively pushing to reduce inefficient investment, particularly from its State Owned Enterprises. Secondly, with the uncertainty around the trade war we are seeing slower growth in the Chinese economy. And from that slowing in investment.”

She says the end result for the New Zealand economy is the drop in log export prices. But Leung says demand for New Zealand’s meat and dairy exports to China remains strong.

“We should be mindful that if the trade war was to continue to escalate and cause further deterioration in global growth then that would flow through to reduced demand for our exports.”

But she says the Government is projected to have a surplus of over 8% of GDP by 2024.

“So that suggests a large buffer heading into election year and also if things were to deteriorate the Government is in pretty could shape to weather the headwinds.”

Garbage. What is their accuracy in last 5 years?
Never forecast anything bad for next year.
They plainly have no idea what is coming

NZIER is an independent forecaster which has maintained extremely high standards since it was founded in 1958.

Would be good to see a graph of growth predictions they have made vs actual. There are lies, damned lies, statistics, and then there are economists' projections.

After inflation and per head? Yep: nil

These forecast GDP figures are in real terms - adjusted for GDP price index that removes any price-related movements (inflation etc.). Also, the current population growth has fallen to 1.6% p.a.
A per capita growth rate of 0.5% in an economy dominated by legacy industries such as agriculture and tourism, and clogged urban infrastructure doesn't seem too bad.

Twaddle dressed up in analyst speak. A robust GDP read in NZ is driven by immigration, not by exporting commodities, tourism, and education. To suggest otherwise is being disingenuous.

And what did this crowd come out with earlier this year?

“...Shadow Board members now see a reduced need for higher interest rates. This is reflected in the reduced tightening bias going into this OCR decision. Inflation pressures have lifted, and business confidence is recovering, but the increased downside risks to the growth outlook means the Reserve Bank is likely to remain cautious as to when it starts to normalise monetary policy by lifting interest rates.....Recent developments suggest the Reserve Bank will keep the OCR on hold until 2020 as it assesses how the risks will play out.”

Although they did cover their bases with:

Go and download their reports leading up to the GFC. I did. They forecast everything was dandy in the preceding few months and basically didn't call the recession until after NZ was officially in one.

Your guess is as good as mine.

Agreed, that was a great book.

I wonder how many of these dreamland economists are going to have a job after the next recession? Or will they be ok because they are paid to talk the market up anyway?

. . in the miserable depths of the next global recession , these analysts and economists will be predicting a dire financial future , a permanent state of economic paralysis .... just as the first green shoots emerge , and we climb back out .. as we always have ...

"She says the US economy is still showing strong signs of growth with 170,000 new jobs per month over the past year." ... blindly ignoring the trade war and the US government yield curve indicating a recession coming up.

Clueless. Do these people actually get paid to produce this junk ?

In my opinion the only way we will see an average growth rate of 2.2% achieved in the next 5 years is if the government kick starts an awful lot of capital expenditure. Housing would be an obvious area. They won't build roads, like National, which in my opinion is a good thing overall, although it's short term economic benefits will be missed.
Of course The Nats might win the next election.

We need the Nats to win the next election. This current crowd of clowns will sacrifice our economy at the altar of climate change. We need the road projects going ahead, more land zoned for housing, tax cuts - the works.

Of those, you only really stand to get more road projects going ahead from National. Including ones that lack a viable business case.