With unemployment figures likely to be unchanged at 4.2% there's little pressure on the Reserve Bank to make changes when it next reviews the Official Cash Rate on February 12

With unemployment figures likely to be unchanged at 4.2% there's little pressure on the Reserve Bank to make changes when it next reviews the Official Cash Rate on February 12 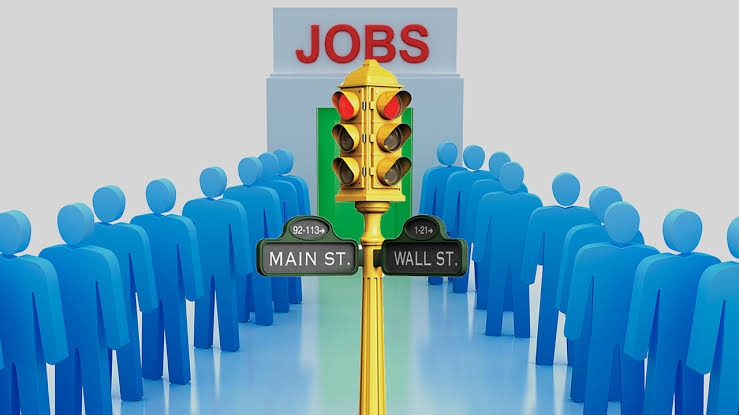 Unemployment figures out on Wednesday (February 5) are unlikely to put any bombs under the Reserve Bank ahead of its first review for the year of the Official Cash Rate on February 12.

The labour market data are the last significant piece of economic information for the RBNZ before the OCR review.

And with most economists expecting the unemployment rate to be unchanged for the December quarter at 4.2%, there appears little reason for the RBNZ to change the OCR, which currently stands at 1%.

Recall that the OCR began 2019 at 1.75% and has been at 1% since August, following the 50 basis-point 'double-cut' the RBNZ did then. At the last OCR review in November the RBNZ had been widely expected in the market to cut again, but in the event it held rates unchanged.

Since that time the chances of further cuts in the near term appear to have receded.

ANZ senior economist Miles Workman (who is picking unchanged 4.2% unemployment and also unchanged annual wage inflation of 2.3% - which is a 10-year high) says the data is "unlikely to be a game changer" for the RBNZ.

"If it prints weak, never mind, the data is known for its volatility, and the recent improvement in the broader data pulse suggests further deterioration is likely to be limited.

"Conversely, a slightly stronger read would shore up confidence that the RBNZ can afford to be patient.

"A labour market read in the ball park of our expectation, alongside the fact that core inflation is close to the target mid-point, is consistent with our view that the OCR will be on hold at 1% for the foreseeable future as long as global risks don’t crystallise."

Workman says looking forward, it's expected the unemployment rate will remain close to current levels in the near term, before trending a little below 4% as economic activity gradually accelerates, soaking up any remaining spare capacity in the economy along the way.

"Risks around our expectation for an unemployment rate of 4.2% in Q4 are broadly balanced. The labour market has shown resilience in the face of slowing economic momentum to date, and we assume that this theme continued over the December quarter. However, it’s also possible that the recent growth slowdown has a more marked (and lagged) impact on the labour market than we expect. If that does turn out to be the case, the recent improvement in the data pulse should provide the RBNZ some assurance that further deterioration should be limited."

"Firms’ employment intentions suffered through 2019 amid generalised economic uncertainty, and this was reflected in the likes of jobseeker data revealing an increase in folk seeking support. Still, we think enough jobs were added over Q4 to keep the unemployment rate steady at 4.2%, assuming a tick down in the participation rate to 70.3% (from 70.4%).

"Notably, these numbers are all relatively similar to the RBNZ’s own expectations. And, if our forecasts are correct, it would essentially confirm the RBNZ is continuing to meet its 'maximum sustainable employment' objective – one half of its mandate. Last week’s CPI figures confirmed the bank is also meeting the other half. Headline inflation and most core inflation measures are clustered around the 2% midpoint of the RBNZ’s inflation target. We think they will stay there for the next year or so.

"This all being the case, we doubt the RBNZ will be reaching for the interest rate lever anytime soon. But we don’t think the Bank can rest easy just yet. We continue to forecast unemployment settling a little higher than the Bank’s expectations over 2020. This, coupled with our belief that the NAIRU (non-accelerating inflation rate of unemployment) is closer to bottom than the top of the RBNZ’s estimated 4.0-4.4% range, means the labour market might actually drift into territory on the slacker side of neutral later in the year."

"Economic growth has slowed, but from above-trend to around its trend pace. This is consistent with a flattening out in unemployment, rather than a softening. Annual wage growth is expected to remain at a 10-year high. There were no special factors such as public sector pay settlements in the December quarter. The economy is running close to the Reserve Bank’s assessment of ‘maximum sustainable employment’.

"The RBNZ will be wary of any softening in the labour market outlook this year, but we don’t expect [the labour market] releases to provide a catalyst for further interest rate cuts."

Interesting, I know several older colleagues who are highly experienced and qualified yet are unable to gain regular employment due to suspected ageism. I doubt the 4.2 percent unemployment rate reflects anyone like that or people with disabilities either...

How employers are freezing the over 50s out of the job market:

So it is a thing! Good old NZ Inc taking the easy way out by trying to staff their companies with 30 year olds and wondering why it doesn't work out?

It's also a downside of industries lobbying governments for more and more imported cheap, exploitable labour. You see it in all sorts of places where in previous decades staff were a mix of older folk and teenagers (part time) but now the preference seems to be for full-time migrant labour. Maybe less hassle with demands for scheduling, breaks folk are entitled to etc.?

What will be effect of the virus on labour imports into Aotearoa this year ? Wages likely to go up ?