Statistics New Zealand says low levels of imports in April and May have caused our deficit to 'quickly shrink' to just $1.3 bln for the year to May

Statistics New Zealand says low levels of imports in April and May have caused our deficit to 'quickly shrink' to just $1.3 bln for the year to May 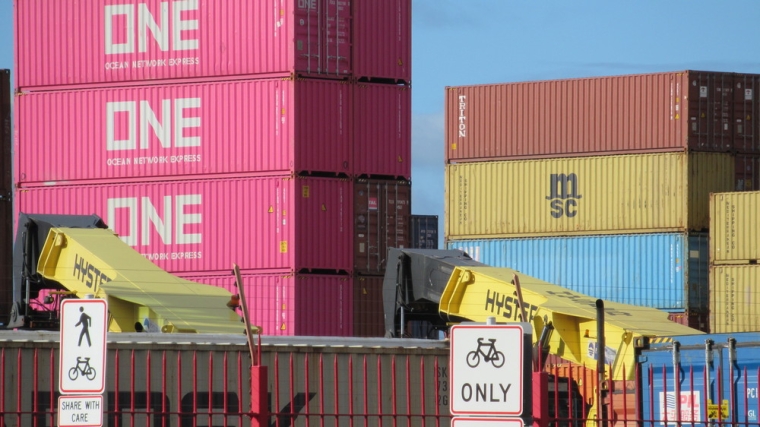 Plunging levels of imports in April and May have rapidly driven down New Zealand's annual trade deficit.

Statistics New Zealand says the annual trade balance for the year ended May 2020 was a deficit of $1.3 billion, which was some $1.1 billion smaller than the deficit recorded in the 12 months to April 2020.

The May deficit was the smallest annual figure recorded since December 2014.

Allan said the response to the Covid-19 pandemic was again visible in the data, with $90 million worth of face masks were imported in May, in addition to the $64 million in April.

As far as exports are concerned, these totalled $5.4 billion in May, which was down by $350 million (6.1%) compared with the same month a year ago. 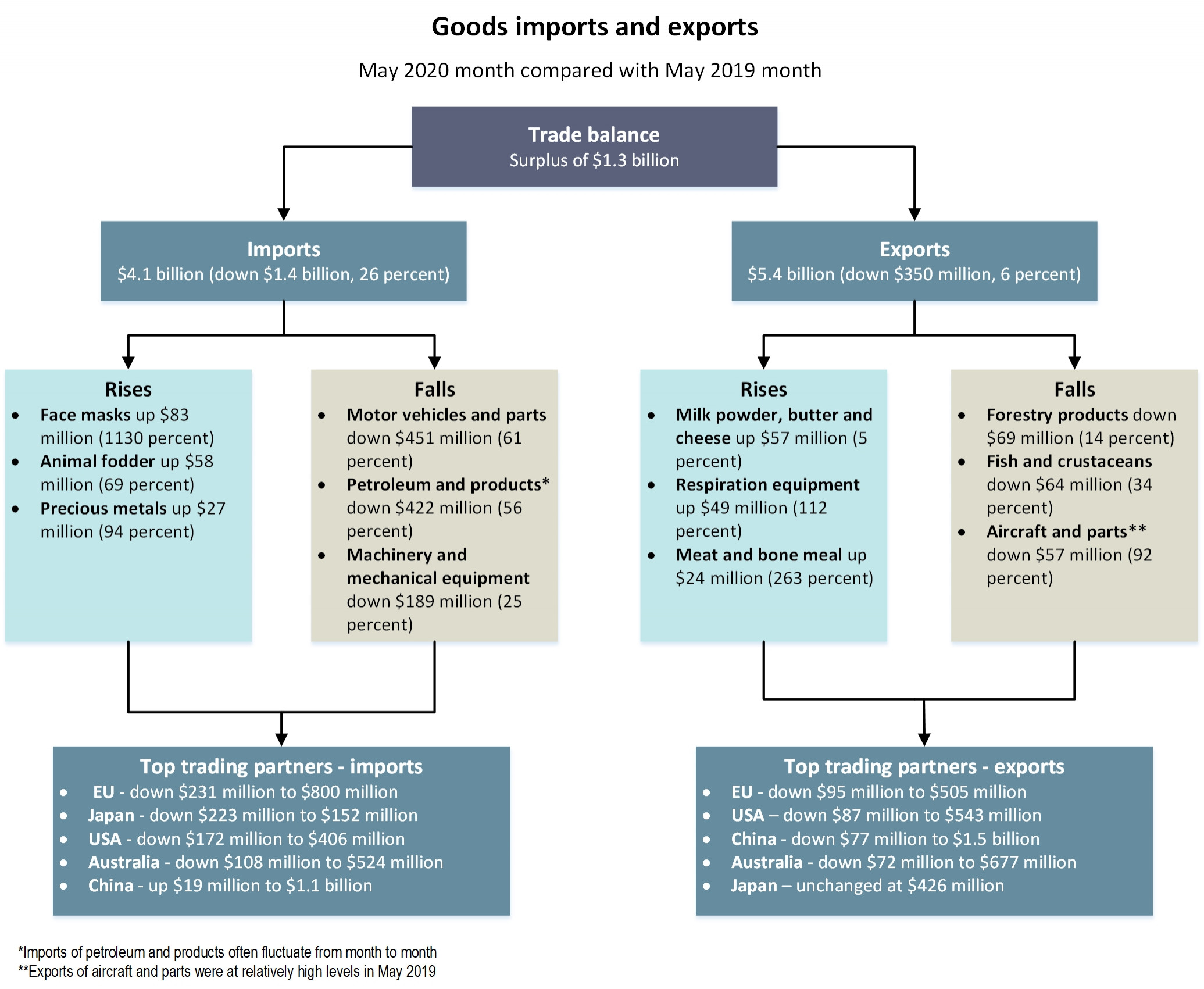 Allan said logs were a major contributor to the fall, down $41 million (12.3%) from May last year.

However, this was a substantial rise when compared with April 2020 – log exports were worth $199 million more in May as logging - which was not an essential service during Level 4 lockdown - resumed.

Allan said after the strong early start to the kiwifruit export season, values in May have returned to levels similar to last year.

Gold kiwifruit is picked earlier than green kiwifruit and this variety was the driving force behind the growth early in the season.

New Zealand exported $242 million (36.0%) more gold kiwifruit in March, April, and May than it did during the same period last year.

Annual exports of honey were worth $413 million in the year ended May 2020 – more than quadruple what they were 10 years ago.

“This growth comes during a global health crisis, a time when people may be taking a stronger interest in natural foods,” Allan said.

Honey is now looking to overtake a more traditional New Zealand export – wool. Exports of wool were worth $450 million in the year ended May 2020.

imports from china will rebound,kmart factories there will be working hard to refill those empty shelves.maybe individually we will want less plastic doodahs from aliexpress with the drop in our dollar and the addition of GST.

I wonder if this means we didn't need all that stuff.

slightly unexpected. I needed to hear some good news for NZ.