Reserve Bank of Australia 'committed to doing what it can to support the creation of jobs', cuts cash rate and takes a series of additional steps including plans to buy A$100 billion of government bonds

Reserve Bank of Australia 'committed to doing what it can to support the creation of jobs', cuts cash rate and takes a series of additional steps including plans to buy A$100 billion of government bonds 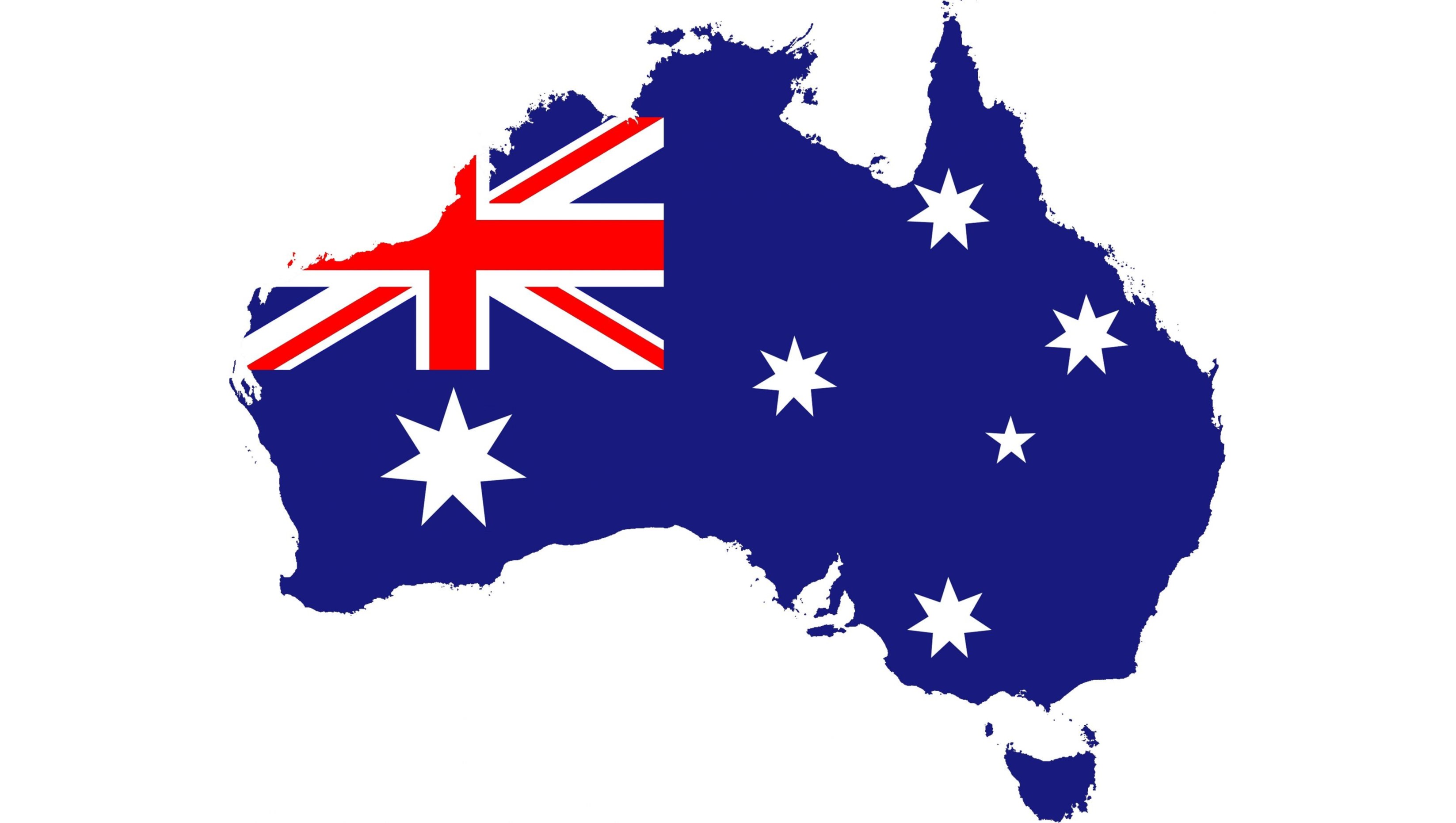 The Reserve Bank of Australia (RBA) has cut its cash rate to just 0.1% from 0.25% and announced a series of other measures aimed at supporting job creation and the recovery of the Australian economy from the COVID-19 pandemic.

The RBA's actions, including quantitative easing through the purchase of up to A$100 billion of federal and state government bonds, include;

The New Zealand dollar rose to almost A94.30 cents from A94.10c immediately after the RBA announcement.

Below is the full statement from RBA Governor Philip Lowe. And Lowe's speech is here.

At its meeting today, the Board decided on a package of further measures to support job creation and the recovery of the Australian economy from the pandemic. With Australia facing a period of high unemployment, the Reserve Bank is committed to doing what it can to support the creation of jobs. Encouragingly, the recent economic data have been a bit better than expected and the near-term outlook is better than it was three months ago. Even so, the recovery is still expected to be bumpy and drawn out and the outlook remains dependent on successful containment of the virus.

The elements of today's package are as follows:

Under the program to purchase longer-dated bonds, the Bank will buy bonds issued by the Australian Government and by the states and territories, with an expected 80/20 split. These bonds will be bought in the secondary market through regular auctions, with the first auction to be held this Thursday for Australian Government securities. Further details of the auctions are provided in the accompanying market notice.

The Bank remains prepared to purchase bonds in whatever quantity is required to achieve the 3-year yield target. Any bonds purchased to support this target would be in addition to the $100 billion bond purchase program.

At today's meeting, the Board also considered an updated set of economic forecasts. The global economy has been recovering from the initial virus outbreaks, with the recovery most advanced in China. Even so, output in most countries remains well short of pre-pandemic levels and recent virus outbreaks pose a downside risk to the outlook, particularly in Europe.

In Australia, the economic recovery is under way and positive GDP growth is now expected in the September quarter, despite the restrictions in Victoria. It will, however, take some time to reach the pre-pandemic level of output. In the central scenario, GDP growth is expected to be around 6 per cent over the year to June 2021 and 4 per cent in 2022. The unemployment rate is expected to remain high, but to peak at a little below 8 per cent, rather than the 10 per cent expected previously. At the end of 2022, the unemployment rate is forecast to be around 6 per cent.

The Board views addressing the high rate of unemployment as an important national priority. Today's policy package, together with the earlier measures by the RBA, will help in this effort. The RBA's response is complementary to the significant steps taken by the Australian Government, including in the recent budget, to support jobs and economic growth.

The combination of the RBA's bond purchases and lower interest rates across the yield curve will assist the recovery by: lowering financing costs for borrowers; contributing to a lower exchange rate than otherwise; and supporting asset prices and balance sheets. At the same time, the RBA's Term Funding Facility is contributing to low funding costs and supporting the supply of credit to the economy. To date, authorised deposit-taking institutions have drawn $83 billion under this facility and have access to a further $104 billion.

Given the outlook for both employment and inflation, monetary and fiscal support will be required for some time. For its part, the Board will not increase the cash rate until actual inflation is sustainably within the 2 to 3 per cent target range. For this to occur, wages growth will have to be materially higher than it is currently. This will require significant gains in employment and a return to a tight labour market. Given the outlook, the Board is not expecting to increase the cash rate for at least three years. The Board will keep the size of the bond purchase program under review, particularly in light of the evolving outlook for jobs and inflation. The Board is prepared to do more if necessary

As I wrote on the other page, "Marvellous"
Proof of failure of policymaking, writ large.
But fear not! More Worthless Money will save us all.

Our only hope now is....Grant Robertson.

Our only hope is Robertson? I'll take ny chances with the sharks and swim fot it.

going down with the ship

Not really RCD, the initial thunder were already initiated by RBA & Fed. Then the first two weeks of lockdown Mr. Orr stated he's not going to do such 'knee jerk'.. but in the end? the rest is history, Ours outdone the US & OZ by significant country ratio margin. Looking how good feel the news result coming from NZ, whilst RBA.. nodded for willingness of natural correction for couple months (which is good for OZ, willing to endure slightly unpleasant medication).. Now, they're full on following us. All along? this game works like F1 racing, who is willing to push on, with limited petrol, who is going to pit for earlier service etc. - NZ is at the top there, without any kind of break at all.. so let's watch the outcome.

NZ is also heading in the right direction with its contemporary monetary policy.

Contemporary is placebo wording, toned down version... aka of MMT. Not much differ to very identical car model manufacturing.. but ended up with 'different brand logo'.

Does anyone understand Pusheen's comments?

Attempted translation:
"Contemporary" is a toned down way of saying "modern". In other words, TTP is referring to Modern Monetary Theory (MMT) but with a different name, not unlike two models of car that differ only in badging.

I presume TTP is referring to NZ's monetary policy being consistent with expert opinion and analysis that it achieves the best economic outcome for countries and their economies.

NZ's last quarter CPI was 1.4%, in the 1-3% band but below the 2% target. Computer would cut in November although Orr has indicated he won't cut until March 2021.

Just causes asset prices to bubble. Although Australia's housing bubble isn't as bad as NZ, apparently they have the second worst bubble, this probably won't help it

Way to crank up inequality. Jobs must be wealth management consultants.

Meanwhile in the real world, i'm trying to sell cattle and worried if i'm going to get paid. These guys should hang their heads in shame.

You should have invested in Japanese used imports (not cattle). They're soaring in price.

'The housing market is riding high but risks are increasing'.

NZ is duffurunt our boat will be rowing the other way..

Austrayan boat is always rowing the 'other' way I guess. But in this case your aussie housing boat will be rowing in tow with kiwi on the back of low rates. Before Xmas, so get in now CM

You know Governor Phil is talking about the Mums and Dads ....Tonight they will be sitting around their kitchen tables wondering...what other existing assets they will bid up....We have mainstream economic lunacy being paraded openly and all the “economics herd” can do is nod sagely and ponder what the next dose of double down might be.
Bonkers.

Australia is probably about 18 months ahead of New Zealand in terms of it's unemployment rate and housing market. Average income of an Australian would need to fall a long way to be equivalent to the average Kiwi.