New survey of 15,000 expat Kiwis suggests about half of them plan to return to New Zealand

New survey of 15,000 expat Kiwis suggests about half of them plan to return to New Zealand 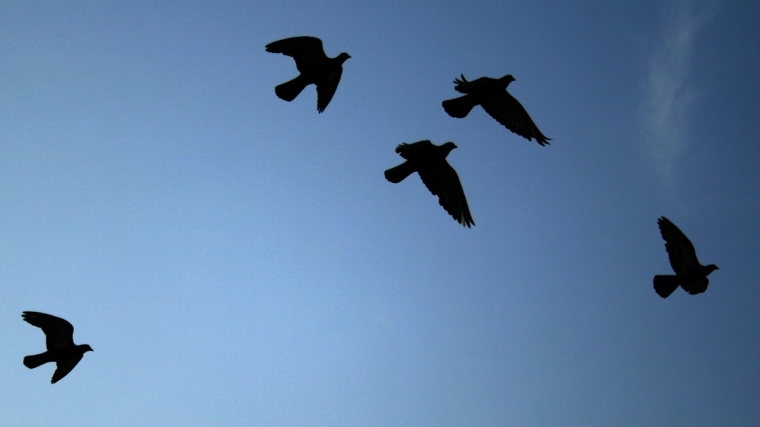 A new survey responded to by 15,000 expat Kiwis suggests about half of them are planning to return to New Zealand - with the Covid pandemic being the main driver.

Sir Peter Gluckman said he believed that Covid-19 was having an "undisputed impact" on the volume and calibre of returnees.

“Clearly New Zealand’s response in contrast to global impacts has triggered many offshore Kiwis of vast experience and talent to think about returning to contribute to New Zealand. This includes a significant number in an age range and talent pool at the height of their game, that previously had been assumed to be unlikely to return.”

Always great have people with a world view to come back and build NZ.

Why do we need them to build NZ when we have China? I mean we hardly know how to build houses right, we'll get China to come and do it properly for us.

I have heard others predict this too, let's wait and see, even one-tenth of the number will be significant. There is one thing we *can* guarantee.... the red team will sit on their hands

I could maybe rent out my chook run.
Might be the only option by then.
I wouldn't want to be the last one back, hard enough finding accommodation already.

Is this the first survey of it's kind or is there previous data to compare this to? Not surprised that half of kiwi expats plan to return home at some point, it's pretty common to work overseas for a period of time and return later so this doesn't seem revelatory. Possibly more interesting would be a survey of Kiwis intentions to move overseas in the next 2 years or so.

I'd certainly like more info about design of survey too. Is it random sample or self-selected as it seems it may be a self-selected survey which I would suspect would give significant bias towards those with greater connection to NZ and thus were planning on returning anyway.

I agree, having returned to NZ in Jan and fitting in the same demographic as is indicated in this survey (40, kids, lived away for years). When living overseas and younger you don't waste your time on KEA surveys, but once you're a bit older and eyeing up moving back then KEA becomes a way to increase your connection to NZ in preparation for moving back. No doubt Covid makes the case for returning stronger, but I would envisage most of the people completing this survey and indicating their intention to return were already planning to return regardless. But in the absence of a proper survey that mitigates biases this one will have to do - to drive headlines for a day.

Until they realise that by OECD index, NZ housing affordability is higher than average, higher than OZ & Canada. Heavy reliance on low wages overseas workers in: Orchard, Horticulture, Aquaculture, Fisheries, Agriculture, Viticulture, Horticulture, Farming, Builder, Hospitality, Restaurant, Tourism, Au pair (desperate in today's news). Liked seen that Peter Gordon news on the tele last night, but yip.. as he's been away 31yrs from NZ. Back here is to buy that expensive RE.. and start a resto business (difficult to view him doing fast genetic sequencing or along side Rocket Lab.) but always 'potential to supply catering to them. But my guess is? - with the good capital base? they'll just have to do like the rest of current/local herd.. that is to invest more & more into Real Estate. Even prominent artist, movie moguls, actors.. finally have to resort to that in NZ

How about asking a Limits-to-Growth expert? An Overpopulation expert?

Those three are not experts - at least, not that they've been asked. So, Interest.co, I challenge you: ask them what the planetary carrying capacity is, ex fossil energy? Then ask what ours is, ditto. Then ask whether we're already overstocked, and who we triage at the borders.

Time we got serious.

I agree totally. However, the trouble with overpopulation is it's a rear-view mirror thing, that is, you don't you're there until you've already gone past. Sadly, until things getting horrendously bad BAU will carry on - there is too much inertia in the system.