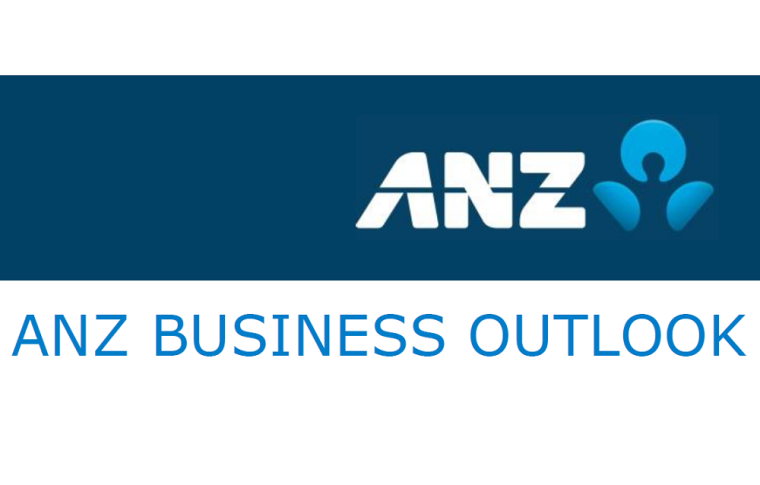 The first reading from the ANZ's Business Outlook survey for 2021 contains good news and not-so-good news.

Business confidence is up again, the preliminary results from the February survey show - as are business activity levels.

But costs are up too - and this is dampening profitability.

ANZ chief economist Sharon Zollner notes that the Reserve Bank has taken the line for a few years now that too much inflation would be a ‘quality’ problem, after years of undershooting its 1% to 3% target.

"At the rate things are going, they might just get what they wish for," she said. She does still believe however, a lot of the current inflationary pressures are likely temporary and will "unwind".

In terms of the key results so far from the February survey, Zollner said the 'headline' business confidence measure lifted 3 points to +12% while the activity outlook inched over +22%.

"We are forecasting a wobble in demand in the first few months of this year as the true cost of the closed border for the tourism industry starts to become apparent," she said.

"But it’s fair to say there’s not much sign of it yet, with the roaring housing and construction sectors filling the void, albeit fuelled by credit rather than foreign exchange earnings."

ASB senior economist Jane Turner said it was the "unprecedented" surge in cost and pricing intentions that stole the show in this month’s survey.

"This has confirmed the widespread nature of cost pressures (with net 71% of businesses reporting an increase in costs) which is expected to lead to strong price increases.

"The ANZ’s survey of pricing intentions is consistent with inflation quickly rising back up towards the top-half of the RBNZ’s 1-3% target band.

"The concern about deflation risks are now well behind us.

"What is unclear at this stage is if the current cost pressure is a short-term phenomenon or start of a longer-term trend.  With the assumption the disruption to supply chains and shipping capacity is resolved over the course of this year, the RBNZ will likely look through short-term cost-driven spikes in inflation," Turner said.

ANZ's Zollner said some of the particular strong details in the survey included:

"It’s quite telling that a net 71% of firms expect higher costs ahead," Zollner said.

"Firms are intending to pass the costs on where they can, with a net 49% of firms intending to raise their prices.

"But that’s a lot fewer firms than are experiencing higher costs, no doubt going a long way to explaining why expected profits dropped 6 points, with roughly an equal proportion of firms expecting higher vs lower profitability ahead.

"Further monetary stimulus is looking less necessary by the week, and we no longer expect any more [Official Cash Rate] cuts this cycle.

“The RBNZ has taken the line for a few years now that too much inflation would be a ‘quality’ problem, after years of undershooting the target. At the rate things are going, they might just get what they wish for.

“But a lot of it is likely due to temporary factors and can be expected to unwind.

"There should be some awesome ‘Boxing Day’ sales once all that Christmas retail stock finally arrives," Zollner said. 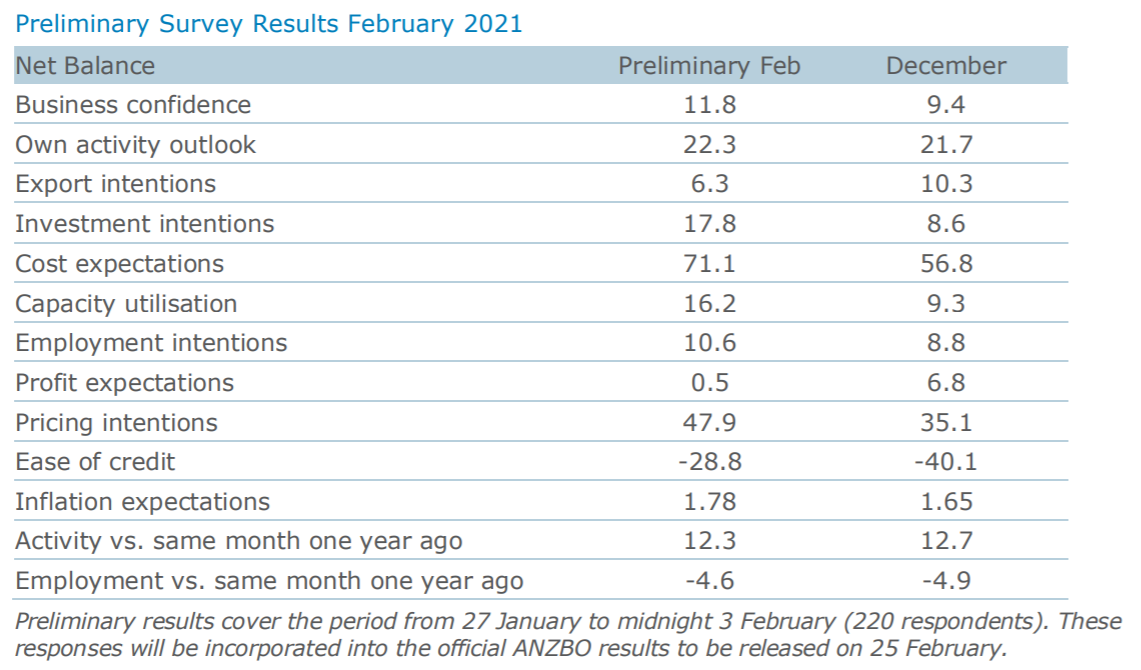 RBNZ "will look through" "temporary" inflation at top of the 1-3% range
Oh never, what a shock.
When the figures don't suit, change the rules
3% will be the easy bit. Except it will most likely end up being 5%
Why do you think China is slowing?

Surely it is time for a radical rethink of inflation.........CPI does not seem to reflect the cost of living. It seems like it is too heavily weighted towards a new flat screen TV.

Buy four of them and you've got a roof and three walls. If you need more space, buy bigger TVs.

You could also counter rising medical bills by watching self-diagnosis and treatment videos on YouTube TV.

Buy 3 of them and you have 3D television

Their housing measures are rubbish.

Housing is not part of CPI, as they are not a daily consumer 'commodity' - alas, seems though Kiwis liked to trade them as one.

Their inflation targets are bullshit.
Their purpose is all about propping up the housing market.

NZ economy pumping and exceeding all expectations- its so good to see.

Agreed, its simply Amazing what is achievable by selling houses to each other at ever-increasing prices, using munny dropped into the economy via QE and Gubmint largesse (but I repeat myself.....)

My architect costs increased by 20%, same with building costs, land costs etc. Meanwhile everyone wants houses to go back to what they were 5 years ago...

My recollection of housing is, new builds were always more expensive than existing houses.

Not anymore. A bit like renting vs home ownership

Personally I think the economy is locked in a death spiral, if not for everyone then most certainly the majority of the population. Numbers are just being fudged to suit the narrative. I feel like a Junkie that has to be constantly given a positive media spin story instead of Cocaine. Inflation figures needed to be weighted against what you actually spend your money on. The big ticket items like housing costs have the biggest influence, things you pay for weekly not that big screen TV you buy once every 5 or 10 years. I see petrol prices creeping up again when it never went down when the oil price crashed but now oil is going up the price increase resumes. Actual inflation is much higher than a couple of percent a year, thats a joke.

Getting nervous now. Might be time to fix that mortgage, even if TSB is dropping their rates the other banks are waiting around poised to lift rates. They could even be painted as the good guys, trying to do their bit to slow rampant house price inflation. What a joke

Yeah things are starting to get crazy out there. I guess I'm fortunate that I can now watch from the sidelines, but perhaps that's why I can see what's going on, the players on the field are going so hard out to try and stay in the game that they don't have time to stop and think. Interest rates need to start to rise, no point signaling rises in 2022 the damage will be well and truly done by then if its not already done.

Please be aware the the OZ banks cartel, need to 'voicing this'.. as to put more public/govt pressure for the RBNZ .. NOT to put the OCR down further, .. so it's up to Orr & the team now, bow to the pressure? .. or Not? - hmn, difficult, what to do.. are they really, independent?