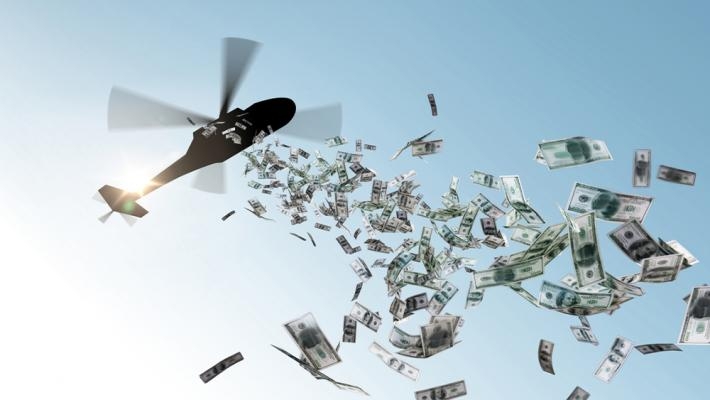 All of a sudden, a monumental economic crisis has befallen New Zealand as we prioritise fixing the COVID-19 virus health crisis.

Here is a list of what has happened on the economic front so far: (It is not intended to track the wider crisis matters, just the economic response)

(H/T to BNZ for the idea and some initial population of this list. Please contact us to update or correct this tally. We want it to be an accurate and up-to-date record.)

17 March:
Government announces $12.1 bln economic response package, the equivalent of around 4% of GDP. This includes:

- $500 mln for health,
- $5.1 bln in wage subsidies for affected businesses in all sectors and regions over 12 weeks with a $150,000 cap,
- $126 mln for COVID-19 leave and self-isolation support,
- $2.8 bln income support, including a permanent $25 per week benefit increase and a doubling of the Winter Energy Payment for 2020,
- $100 mln for redeployment,
- $2.8 bln in business tax changes to free up cashflow including provisional tax threshold lift, reinstatement of building depreciation and writing off interest on the late payment of tax,
- $600 mln initial aviation support.

20 March:
Government supports AirNZ with 24 month loan facilities of up to $900 mln.

23 March:
Government lifts alert to level 3 and says will be at level 4 in 48 hours (essential lockdown except for essential services).

23 March:
Government removes cap on wage subsidy scheme, injecting a further $4 bln over next 11 weeks and taking the total cost from $5.1 bln to $9.3 bln. (The $9.3 bln is an estimate, not a cap or a floor, with support there to meet the demand.)

24 March:
Government gives detail on $600 mln aviation package with $270 mln to airports and airlines and up to $330 mln on ensuring capacity for high priority goods.

24 March:
Government announces a $6.25 bln business finance scheme allowing for loans up to three years, with Government taking 80% of the credit risk and the banks carrying the remainder.

25 March:
Government tweaks wage subsidy scheme with a cost estimate now between $8 bln and $12 bln, up from the original $5.1 bln.

1 April:
The Government has tasked the Infrastructure Industry Reference Group, to be headed by Crown Infrastructure Partners chairman Mark Binns, to put forward to Ministers projects from the private and public sector that are ‘shovel-ready’ or likely to be within six months.The reference group will be seeking out larger projects, with a value of over $10 million, which would have an immediate stimulatory effect on the construction industry, its workforce and the economy. These new projects will be in addition to and build on the Government’s $12 billion New Zealand Upgrade Programme and existing Provincial Growth Fund infrastructure investments.

1 April:
Transport Minister Phil Twyford said advance payments will be made to transport construction industry contractors to retain the workforce and ensure it is ready to quickly gear up to build projects which will be vital to New Zealand’s COVID-19 economic recovery.

3 April:
The Government signalled more business support measures. These include: Temporarily giving directors of companies facing significant liquidity problems because of COVID-19 a ‘safe harbour’ from insolvency duties under the Companies Act, enabling businesses affected by COVID-19 to place existing debts into hibernation until they are able to start trading normally again, allowing the use of electronic signatures where necessary due to COVID-19 restrictions, giving the Registrar of Companies the power to temporarily extend deadlines imposed on companies, incorporated societies, and charitable trusts and other entities under legislation, and giving temporary relief for entities that are unable to comply with requirements in their constitutions or rules because of COVID-19.

6 April:
RBNZ increases its range of support measures by offering to purchase Local Government Funding Agency (LGFA) Bonds. It's described as a 'small scale' offer with no dollar figures put on it. The RBNZ says the offer is for liquidity management purposes and to support market functioning.

7 April:
Finance Minister Grant Robertson says 1.073 million people, or 41% of those in employment as at December 2019 (the most recent labour market figures available), are being supported by the Government's wage subsidy. The Ministry of Social Development has to date paid $6.6 billion, which is equivalent to 2% of NZ's GDP pre-Covid-19.

7 April:
Further to its announcement of 6 April, the Reserve Bank says it has added $3 billion of Local Government Funding Agency (LGFA) debt to its Large Scale Asset Purchase programme (LSAP). This represents approximately 30% of the total LGFA debt on issue, and takes the total size of the LSAP to $33 billion over 12 months.

15 April:
A suite of measures announced to help small to medium sized businesses and also owners and tenants of commercial property. The measures include: $3.1 billion tax loss carry-back scheme (estimated cost over the next two years), $60 million estimated annual savings to business each year from changes to the tax loss continuity rules and $25 million in the next 12 months for further business consultancy support.

30 April:
The Government introduced and passed under urgency legislation to implement the changes announced on April 30.

But, inadvertently the Government passed much more than was intended.

1 May:
The Government gave more detail on the Small Business Cashflow Loan Scheme it had inadvertently passed into law earlier than intended the day before. The scheme will provide interest free loans for a year to small businesses impacted by the COVID-19 economic shock to support their immediate cashflow needs and meet fixed costs, with assistance of up to $100,000 to firms employing 50 or fewer full time equivalent employees.

The Government also announced a broadening of the rules around the Business Finance Guarantee Scheme.

It is a shame that the design of policies is not receiving more attention; A policy not mentioned, allows those with children who no longer qualify for the IWTC on hours worked criteria to retain it but bizarrely not until 1 July. By that time many will have had to access a benefit and not be entitled to it because of the crazy off benefit rule. The IRD is putting out very confused messages.
The - $2.8 bln income support, including a permanent $25 per week benefit increase is very minimal- so that mnay people are having to access food grants and that system is not working well at all. it is also flawed in design- penalising couples as does the Winter Energy Payment see St John, S ( 2020) Covid-19: A Catch-22 for our most vulnerable Newsroom, 30th March.
The fiscal costs are going to be very high and it is important not to spray money unnecessarily. The winter energy payment is not only badly designed by penalising married people, by in giving double to all 800,000 superannuitants regardless of need it is very costly and unfocussed. To solve this make it an opt in not an opt out. I wonder why the policy design is not receiving more scrutiny?

So true Susan.. thank you for your researched wisdom. I would add that now is the perfect time for Grant Robertson to suspend the annual $2bn contributions to the NZ Superfund? The effects of Covid-19 shows there are much more pressing needs for the money. The NZ Superfund contributions impose a double burden on contemporary taxpayers who are also supporting current superannuitants. The fund doesn’t help anyone until 2050 and then only a modest trickle comes out.
And also - suspend the record amount of $20bn allocated for military upgrades and capabilities over the next decade in last year's so called ‘Wellbeing Budget’. Put on hold and deploy to more urgent concerns.

This action from a Labour Government who hammered and attacked John Key relentlessly for running a deficit during the GFC .

Think of a shoe being shoehorned onto the other foot .

What a useless bunch of losers we have for a Government !

Requiring banks to maintain a minimum CFR reduces the vulnerability of the banking sector in a period of general market disruption.

31st March is upon us. Does this apply to regular property investors? What if you've owned the asset for a number of years but haven't claimed any building depreciation? Where's the info on the IRD site because I couldn't find it? Why has this been done? It seems kinda backwards but whatever, if there's money on the table I feel like I have to take it.

It's for commercial buildings only so do not apply to residential property.

Thank you for clarifying that. I'm kinda relieved. My taxes are a chore enough as it is.