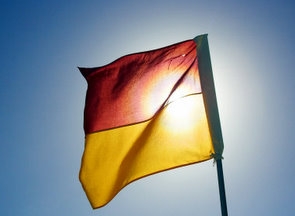 Reserve Bank Governor Alan Bollard has returned from a Bank for International Settlements meeting in Europe concerned about the impact Europe's financial crisis might have on New Zealand's economy and its banking system.

Bollard told Radio Live's Andrew Patterson in an interview on Sunday Business that New Zealand's banks were better placed to deal with disruption in European credit markets than they were before the Lehman crisis of late 2008, but that the Reserve Bank's decision to delay a toughening of its Core Funding Ratio (CFR) was necessary to help the banks keep lending through the coming months.

"We don't want to push the banks to have to scrabble around to get that extra amount of funding while the European markets look so unattractive," Bollard said of the decision announced last Thursday with the bank's half yearly Financial Stability Report.

The Reserve Bank had planned for the banks to increase the proportion of their funding from long term and local sources to 75% by the middle of next year, but had decided to delay the increase from 70% until the beginning of 2013.

The bank pointed in the FSR (paged 31, Box D) to the banks needing to roll over about NZ$15 billion of longer term 'core' funding over the next 12 months.

"They could do it, but it would cost them a lot and some of that would be reflected back on NZ borrowers. They're in perfectly satisfactory positions for the moment and we should give them another six months to get up to that final level," Bollard said. Bollard was not available at the news conference on the release of the FSR.

"So far that (CFR) system seems to have been working pretty well and we're still committed to it, but we don't think the time to force them to go back into those markets is when the European markets are in disarray.

Bollard was asked if the banks had specifically asked for the delay.

"We've been talking to the banks non-stop since the crisis, so we are in close communications with them and we know what their views are on that. But this is a decision that we've made and we've made it not for any particular bank because that's the best way to keep secure funds through for the system in New Zealand without forcing them to go paying penalty amounts," Bollard said.

See our article here from the FSR.

Bollard was then asked if the CFR increase delay amounted to a loosening of monetary policy.

"It potentially doesn't tighten monetary conditions as much as we would have done if we had insisted this go ahead. We've delayed it in that sense," Bollard said.

"It's not really primarily designed for that. Monetary policy is separate and we do have very stimulatory monetary conditions. Although this higher cost of funding in European markets does feed through as a market driver to tighten monetary conditions a little bit."

Bollard said New Zealand's banks now had more secure balance sheets and the Reserve Bank could restart the emergency loan facilities it used in late 2008 and early 2009 if necessary.

"They're all in place. We don't think we're going to need to do that. We know they work and know we can if we should need to," he said.

"It's a wakeup call to a number of other European countries and European banks, rather than to New Zealand. We've always been very clear about the fact that we don't save enough and we do borrow offshore and that comes at a cost and it also depends on financial markets being open," he said.

"NZ doesn't get any favours and as a result the sort of tough love that we've had handed down from the ratings agencies means that we stand on our own feet a lot more clearly than some of the European countries do. Some of the poor European performers have been relying on an unstated guarantee from Germany, and this is all getting pretty rough at the moment."

Bollard said the mechanisms put in place by European authorities to support bond markets were clearly not working.

He said the news coming out of Europe's financial markets was "unrelievably bad."

"Greece has failed but in a way the Europeans have softened the impact of all of that. Maybe that was a bad idea to do these voluntary restructurings and maybe they should have let Greece go straight to the wall to get it over it," he said.

"We seeing also now economies slowing down as well and quite a lot of forecasters think that probably Europe is commencing a recession, probably a shallow recession for a couple of quarters, but one where the recovery also looks very shallow and soft."

Bollard said he would be worried if the European debt market turmoil continued well into next year.

"In addition we wouldn't want to see a slowdown in the European economies mean that China slows down, which means that commodity prices fall away, which means that Australia slows, which would mean that New Zealand slows. We're not seeing that yet, but that's always a risk."

"If you were in the unlikely, completely hypothetical situation to have a big bank in trouble then you really don't want to be in a situation where it grabs the government around the neck and it says you've got to bail us out or else we bring you down," he said.

"Anybody who's been a surf lifesaver knows that you've got to be able to deal with a panicking swimmer and stop them grabbing you by the neck and drowning you as well.

"This Open Bank Resolution is one tool in a toolkit that would help this because what would happen is the government would decide to put a haircut on a bank in trouble on the creditors there, guarantee most of it, and leave the rest to go through a court process like a statutory management process," he said.

"By guaranteeing most of it, you'd be able to have a new bank opening up on a Monday morning, just doing core basic stuff, nothing fancy, but still operating through a crisis, with a guarantee on those people's deposits and thus keep the thing going, keep the system going and avoid it leaching into problems with other banks as well."

I don't believe a word of it. The OBR is goodbye deposits...haircuts for peasants...fat bloated salaries and bonuses for bank bosses....my capital is crossing the Tasman.

I think we will move our deposits to OZ now. I don't like this OBR business, all smells a bit ratty.

Any tips Wolly? When I google it comes up with NAB as safest OZ bank? Who are you with?

Goldman....always go with the movers and shakers ppp. Imagine having to make a huge payment like on a property and waking up to Bollard's OBR frozen funds fiasco....

Don't know why the likes of Bollard and English continue saying "NZ banks". They are for the most part Australian banks.

Bollard said "he would be worried if the European debt market turmoil continued well into next year."

LOLOL, Well not if the big bank fairy godmother has anything to do with it eh Bolly?

I can't believe this guy isn't working at Mc D's yet

Just because you're obviously a Mc D worker, everyone to their own. Bollard happens to have won a better job, keep flipping the burgers Justice

everyone to their own