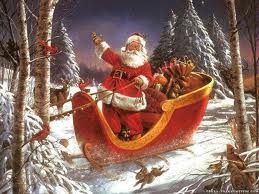 Some executives and senior managers at Westpac New Zealand are set for a merry Christmas after a NZ$13 million annual jump in share-based payments for the year to September 30.

The sharp increase is revealed in the bank's latest General Disclosure Statement (GDS) which also shows Westpac NZ doubled profit in the September quarter as impairment charges on loans fell and income rose at more than double the pace of expenses. Meanwhile, the bank grew lending by more than half a billion dollars in the quarter with home loans on high loan-to-value ratios (LVRs) rising.

Meanwhile, figures taken from Westpac's GDS for the year to September 30 show profit after income tax doubled to NZ$146 million from NZ$73 million in the same period of last year as impairment charges on loans fell NZ$65 million, or 65%, to NZ$35 million from NZ$100 million.

Great...my  selected executives and senior manager Westpac dolls can expect a few extra needles shoved into them over xmas.

Maybe better to have a successful bank with profits than the damage which would ensue  from a failing bank?

Back of envelope calculation:  I have personally contributed to these 'gross' profits by paying WP $175,000 in interest payments over 10 years!

I am confident that many of Westpac's shareholders would like to say " thankyou Mr. MortgageBelt for contributing so amply to our firms ongoing success ...... the dividends we receive are much appreciated ....... Merry Christmas to you , good sir . "

Lol ...   so how about a little Xmas gift in the mail for my loyalty etc... maybe a new MiniMal board to hit the beach?

The objective of delivering an ecard is to give satisfaction to the device and to wish them a amazing lifestyle forward. When ecards are sent for Xmas cute merry christmas quotes