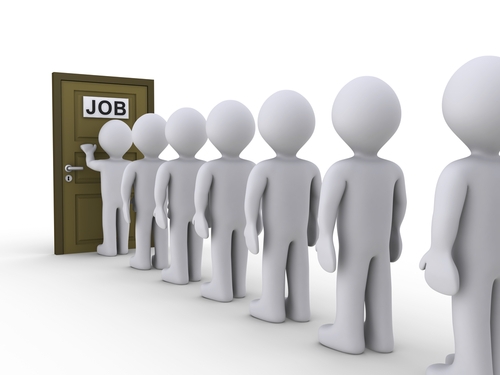 It is the piece of the economic jigsaw that steadfastly refuses to fall into place.

While just about all the economic indicators are now telling the story of a quickly recovering New Zealand domestic economy, the job figures are still making reasonably uncomfortable reading.

It is true that unemployment figures traditionally tend to lag behind when an economy recovers. Employers want to be confident things really are getting better before they commit to increasing or replacing staff.

But notwithstanding that, our recent unemployment numbers as measured by Statistics New Zealand's Household Labour Force Survey have thrown up some nasty surprises.

And while the HLFS figures are not normally "market moving", jolts such as the shock 0.5% rise in unemployment to 7.3% last September certainly can get the likes of the NZ dollar and wholesale interest rates bouncing around.

So, economists are watching on intently for Thursday's HLFS announcement and whether it will give some substantial backing to recent positive survey results suggesting more employers are looking at hiring.

December's unemployment figure came in at 6.9%, showing an improvement from the September horror figure that is now perhaps looking like something of an anomaly.

However, that doesn't mean economists are expecting a massive fall in unemployment during the March quarter. In fact the average market pick is for an unemployment figure of 6.8% - just a small improvement.

If the September HLFS figures threw up a big and unpleasant surprise with the unemployment rate, then December's figures produced something just about as unpleasant on the actual employment side. The numbers of people employed fell by 1%. Additionally, the numbers of people identifying themselves as "not in the workforce", that is, not actively looking for work, climbed by 3.8%.

So, economists this time around are picking there will be a reasonably meaningful gain in numbers of people employed, but counter-acting that in the statistics will be increasing numbers of people re-entering the workforce, that is, making themselves available for work. So, the net impact is likely to be only a minimal reduction in the measured rate of unemployment.

ASB chief economist Nick Tuffley, who is picking 6.8% unemployment, highlights the problems economists are having trying to predict the unemployment figures, when he says that the scale of the movements in the fourth quarter figures had mad it very difficult to judge what will happen in the March quarter.

"We do expect a bounce back in employment, as the persistent weakness (employment fell by 1.3% over 2012) has been at odds with almost all other economic indicators," he says.

"In addition, the housing market, retail sales and consumer confidence have all been fairly strong over the last six months; hardly what one would expect were employment truly so weak. We also expect some rebound in the participation rate, given the size of the decline in Q4. However, as much of the Q4 fall was due to elderly workers leaving the workforce, probably for good, the reversal is likely to be only partial.

"Even with the employment growth, a partial reversal in the participation rate would keep the unemployment rate elevated," he says.

Westpac senior economist Felix Delbrück, who is also picking 6.8% unemployment, says it is hard to find another labour market indicator that has been as weak as the HLFS over much of the past year.

"Of course, that in itself needn’t mean that the HLFS is wrong. The HLFS is the most comprehensive labour market survey we have, whereas many other indicators have gaps in their coverage."

He says one factor that makes Westpac sceptical about the recent accuracy of the HLFS is the surge in productivity growth that it implies for the past year – including in the construction sector, "where GDP per worker supposedly rose more than 15%!"

"In other words, the HLFS has been behaving very strangely recently, and we’ve got no strong reason to expect it to move into line this quarter.

"We can’t be sure, but we suspect the highly localised nature of recent jobs growth – largely confined to the Canterbury region – has caused both a genuinely slow labour market recovery and statistical problems with the HLFS. There have been tentative signs that labour demand is starting to spread outside Canterbury, but it’s probably too soon to expect a ‘return to normal’."

The second half of 2012 saw a significant shift in US monetary policy from calendar-based guidance to outcome-based guidance and the adoption of a 6.5% unemployment rate as a threshold for 'tapering'.

With Friday's better-than-expected payrolls data and another tick lower in the critical-to-liquidity unemployment rate, it seems Goldman Sachs (and others) are waking up to the facts that we have been vociferous about: the shift of jobless individuals from unemployment into inactivity (the participation rate dilemma) is making the unemployment rate a less appropriate measure of broad labor market conditions. This has important implications for Fed policy because it implies that the committee might still be quite far from reaching the jobs side of its mandate even once the unemployment rate is back at 6%.

After all, the Federal Reserve Act calls for 'maximum employment', not 'minimum unemployment'. This distinction did not matter much in the past, but it is becoming increasingly important. The 'participation gap' remains as big a drag on growth as 'unemployment' and we, like Goldman, would expect the Fed to 'change' its target for their outcome-based guidance (to enable moar printing). Read article

1) Unemployment is not high , just ABOVE Germany , the most succesful indutrialised economy in the world

AND  lower that the US

3) There are jobs in trades in CHCH , so why are we not training people to be chippies , drive earth moving equipment ,drive dump-trucks  etc

4) And lets face it , the benefit is too generous , its a lot easier to spend  money received for nothing, than the slog of working .

5) Its too easy to spend money  that someone else has worked for and earned , than to spend the money you have had to work for .

The country is seeing a modest growth in hiring, states the United States Department of Labor. It documented that, for the week ended Aug. 4, unemployment application filings fell by 6,000. If you need help getting by while waiting on a job, ask for financial assistance.