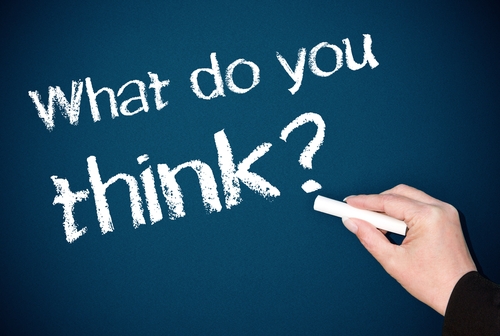 The National Party has regained the overall lead from Labour/Greens in the latest Roy Morgan opinion poll, but based on this result Prime Minister John Key would likely need to strike a deal with Winston Peters to stay in Government.

The latest poll of 846 electors conducted through both landline and mobile telephone from January 20 to February 2 covers the period in which Key set out the Government's priorities for the year and pledged changes in the education sector.

It also covers Labour leader David Cunliffe's announcement of a cash-for-babies policy and perhaps significantly also, the announcement by Key that would not rule out working with Peters in Government.

As a slight digression, an interest.co.nz online poll of readers asking which of the parties and leaders have started the year best is showing that 58% of those responding think Key/National have started best with Cunliffe/Labour in second place (14%), just heading off Peters/NZ First (11%).

The Roy Morgan poll shows National's overall support has spiked to 47% from 43.5% in the last poll and has reached its highest level since July last year.

Labour has slipped to 33% from 33.5% and the Greens from 12.5% to 11%. The Labour/Greens share of the poll has slipped therefore to 44% from 46%, putting National in front of the two of them for the first time since November.

But the latest poll also shows that Key's preferred partners in Government are struggling. The Conservative Party, being positioned as a coalition partner for National - and named by Key as a preferred partner inside this polling period - has slipped sharply from 2.5% to 1.5%, its lowest level of support since early November.

The restoration by Key of Peter Dunne to ministerial duties during the polling period has not appeared to benefit Dunne's United Future Party, which slips to 0%  from 0.5%. Also still on 0% is the ACT Party, though any lift that party might get from its appointment of a new leader (Jamie Whyte) last weekend could be expected to get reflected in the next poll.

So, bringing National and all its preferred partners together musters just 49% support at the moment.

NZ First therefore stands out as a wild card at the moment. Its support, remembering that this is in a period in which Key has indicated he might be able to work with Peters, has risen to 4.5% from 4%, although NZ First has enjoyed 5% support as recently as December and peaked at 7.5% during last year.

Given recent history, the new partner formed by Kim Dotcom, would seem an unlikely partner for National.

And Roy Morgan's executive chairman Gary Morgan says that Dotcom's Internet Party faces and "uphill battle" to win a seat as his new Internet Party has debuted in the latest poll with just 0.5% support.

They way labour and the greens are talked about it sound like they are merging into one party. What will they call the party when the merger is complete?

No they are not merging.

Interesting that interest.co.nz is unable or un-willing to graph some trends in there, ie do some even rudimentary analysis. Just some "spot" comments just like the BDI up today...and then not, down for months, but no comment.

Look at both the level and trend for National before the last election and look at it now. a lot lower level. and the trend? it was aganist national since the election but may have now reversed, a big may though....another 2 or 3 poles needed to confirm that new trend or just a dead cat bounce.

To be fair, the interest staff tend to write in depth pieces about areas they know a lot about, and I don't think long term political poll analysis is part of that. If you do venture into long term analysis you have to start making certain assumptions about handling the data and how parties fortunes have changed in the run ups to election and how much that reflects a regular pattern of their voters and how much was just a once off.

For what it's worth, I am prepared to say I expect the following in the next Roy Morgan poll:

* National down. I expect this solely because with one of their top three poll results for a full year, they are much more likely to move back to where they have been normally polling.

* Greens up. For a similar reason, having gotten one of their lowest polling results in the past year, they are more likely to be up next time.

basically the movements are of a size they are more likely to be caused by one off chance than long term trend.