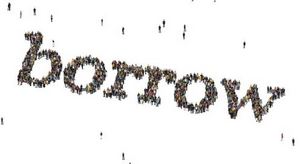 Farmers and home owners geared up at their fastest rate in six and seven years, respectively, last month.

It was the fastest rise in agriculture sector debt since a 9.6% increase in October 2009 and no doubt dairy farmers facing cashflow pressure due to lower payouts played a role. Fonterra's forecast milk price payout for the current 2015/16 season is $4.60 per kg of milk solids. The 2014-15 payout was $4.40, well down on $8.40 in 2013-14. Dairy NZ's analysis suggests the average dairy farmer needs a milk price of $5.40 to breakeven.

It was the strongest rise in housing debt since 7.4% in August 2008, and came in the month before new IRD rules took effect on overseas residential property investors, which will be followed on November 1 with new Reserve Bank restrictions on bank lending to Auckland property investors.

"Credit growth continues to accelerate, led by agriculture and household credit. These are the areas the Reserve Bank is focusing on for financial stability purposes. However, neither the housing market or the agriculture sector are contributing to consumer inflation pressures, which means the ongoing lift in credit growth will not be seen as an impediment to cutting the Official Cash Rate (OCR) further. We expect the Reserve Bank to cut the OCR in December," ASB senior economist Chris Tennent-Brown said.

Tennent-Brown also noted business debt growth has now grown at an annual pace north of 6% for seven consecutive months, its strongest pace of growth in the post-Global Financial Crisis period.

Total household claims, combing housing and consumer debt, rose 6.7% year-on-year to $222.703 billion. That's its fastest increase since 7% in August 2008. The month-on-month seasonally adjusted rise was 0.7%, up from 0.6% in August but the same as recorded for July.

SO farm debt doubles in seven years and housing in 10, nothing to worry about.

but that is the free market in action. ie ppl are free to take on the debt. Paying for others stupidity however is a burden I dont wish to bear (fat chance) but will.

Perhaps, Stupidity is doing the same thing over and over again and expecting a different result.

I think we should change gear and wear different apparel, a magicians robes, or possibly even a birthday suit.

Emperors clothes, springs to mind, but personally I prefer to refer to Playboy, for the articles.

(It is an attempt Friday humour, David, not a factor worth noting, don't get yer knickers in a twist).

Maybe we should all borrow ourselves to death and put an end to our misery.

When everyone is naked, we can see who is living off the fat of the land, not the bare bones of their...A___e.

And maybe Playboy is the new model to follow these days.

However, I doubt if any one can picture their stance, never mind following in Hugh's failing company prospects. A declining interest is not a good factor to emulate.

Maybe he can get it up again at 80 odd, (The company I mean), but I would not bet the Playboy Mansion on it...nor bet the Farm.

Debt is growing in leaps and bounds. But a drought can revert to mean, if ya get the picture, or even a flood of ...tears.

You mean like pressing the rand button on a scientific calculator and expecting a different number each time? Or perhaps more like generating a bunch of guid and expecting them to all be unique?

we have had 7 years of debt becoming cheaper and cheaper. we now have a worldwide debt mountain in the trillions.
if interest rates rise we could have turmol everywhere and GFC 2.
QE might have seemed a good idea at the time but has been and is being over used
where will this lead us and what IS going to happen is the 64$ question

Suppose the farm borrowings don't include loans from Fonterra?

And that ended well.

It's the global fashion, debt is growing more then twice as fast as GDP. This is part of our robust economy, where $1 of new debt generates less then 20c worth of GDP. People seem to be borrowing money to afford a prosperous future while the continued borrowing ensures that they will never be prosperous. Just remember leverage is a two edged sword and it cuts just as fast in the wrong direction, though I suspect most people wont truly understand what that means until they have experienced it for themselves, which seems to be a pretty certain prospect at them moment.
Don't forget the fireworks next week.

Indeed my Grandparents and indeed parents always went on about the Great Depression and to avoid debt. I don't agree with "cuts just as fast" btw, I think its cuts worse when in a depression/deflation. "until they have experienced it for themselves" I have come to that conclusion myself, no one wants to listen to the doomsayers as the "positives" are making too much money to be wrong.

I think people have confused debt with money. There are alot of people out there with no money, high mortgages on overvalued assets ( their true equity is zero or negative), and they think they are well off? They are debt slaves. The bankers off the world are sucking us all dry, and they wonder why the world economy is stalling.

UK getting rid of NEG gearing, how long before aussie and NZ follow
The key behind the tax change is the removal of landlords’ ability to deduct mortgage interest from their rental income. This means that although they have to pay interest to their lender, they are taxed as if that cost didn’t exist. This gives rise to the perverse outcome that some will pay tax even when they make a loss.
http://www.telegraph.co.uk/finance/personalfinance/investing/buy-to-let/...