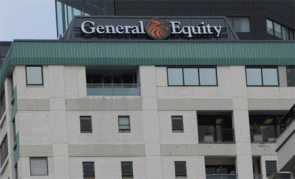 Interest.co.nz has written several articles on General Equity dating back to April 2012.

The FMA has the power to direct the Registrar of Companies to remove entities from the FSPR where they're likely to be giving a false or misleading impression about the extent to which they're regulated in New Zealand. However, the regulator must follow a statutory process that allows firms to respond to the FMA’s concerns and to submit reasons why they should be allowed to remain on the register. Hence it can be a time consuming process. And the FMA's decision can be challenged in court as it has been successfully, pending the FMA's appeal, by Vivier and Company and unsuccessfully by Excelsior Markets.

The FMA previously said it had received five complaints from overseas complainants about the conduct of General Equity. One of them contacted interest.co.nz, alleging manipulation of SWIFT, and the issuing of fake stand by letters of credit through banks who had no knowledge of them. General Equity never responded to interest.co.nz's requests for comment on these allegations.

And in late September 2014 the FMA itself issued a warning about General Equity saying the public should be extremely cautious if dealing with New Zealand registered building society General Equity, formerly General Equity Building Society.

"FMA considers that General Equity has engaged in misleading and deceptive conduct, including the way it has represented how it is regulated in New Zealand," the FMA said.

'Comprehensively regulated by the FMA'

The FMA warning came after an interest.co.nz article over a year earlier based on an interview with Bayoud and Murray Greer, General Equity's then-chairman. Among things to come out of the interview was Bayoud's claim General Equity was "comprehensively" regulated by the FMA, something the FMA refuted at the time.

Greer used to be ANZ director of property and construction finance and was managing director of Rifleman Finance between 2006 and 2008. A filing in September 2015 notes the consenting of Steven Robert Maskell, who gave a Herne Bay, Auckland address, to be appointed a General Equity director.

General Equity's website notes it doesn't provide financial services nor take deposits from New Zealand residents, and that it's not a registered New Zealand bank, nor is it regulated by the FMA.

So that sensible move of de-registration has taken some years. Without the good work by Gareth and interest.co it probably would never have happened. In a good world it should take only a week or two.