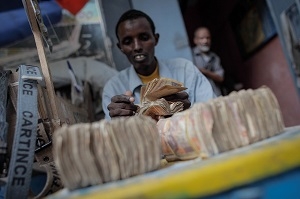 The global fight against money laundering is hurting the Pacific and could be putting the stability of our financial system at risk, warns the Basel-based Financial Stability Board (FSB).

The way anti-money laundering and countering the financing of terrorism (AML/CFT) rules are implemented, therefore needs to be tweaked.

The FSB, which monitors and assesses vulnerabilities affecting the global financial system and proposes actions needed to address them, says in a report that as banks cut their ties with other banks, or banking service providers they deem risky, less developed countries suffer and the market becomes concentrated. This undermines the integrity of the financial system.

The International Monetary Fund (IMF), in a report released in June, says correspondent banking relationships (CBRs), which enable the provision of domestic and cross-border payments, have been cut in the likes of the Pacific since the 2008 global financial crisis.

It says banks’ decisions to withdraw CBRs reflect their “cost-benefit analysis, shaped by the re-evaluation of business models in the new macroeconomic environment and changes in the regulatory and enforcement landscape, notably with respect to more rigorous prudential requirements, economic and trade sanctions, AML/CFT and tax transparency”.

The IMF warns: “The limited number of banks operating in small Pacific states amplifies the risk and impact of the loss of CBRs.”

It undoes efforts to financially include less developed countries in the world economy and increases the amount of cash being carried in the region.

Importantly, the IMF says: “Withdrawal of CBRs is affecting the ease and cost of remittance transactions. Remittances play a key role in Pacific islands, with inflows amounting to one fifth of GDP in some countries."

“While average remittance costs have always been higher for Pacific small states relative to other countries, the gap widened recently - particularly with respect to remittances from Australia and New Zealand [a quarter of all remittances to the Pacific come from New Zealand].

“The increase in the cost of sending remittances combined with closures of Money or Value Transfer Services’ bank accounts including in Samoa, Solomon Islands, and Tonga, is a source of concern.” 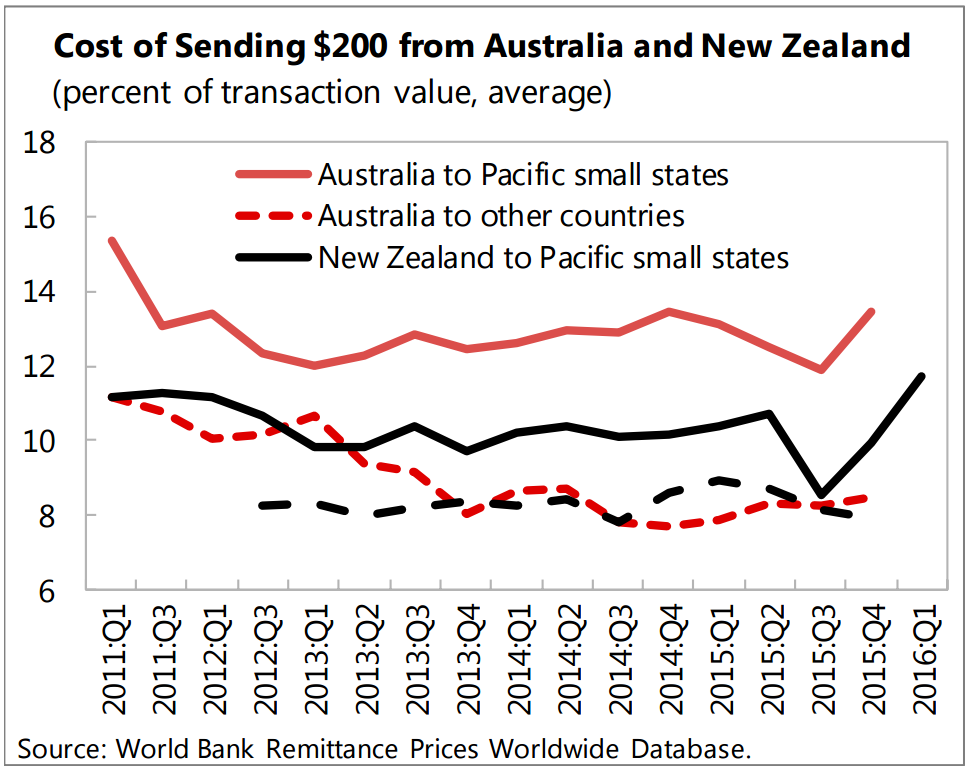 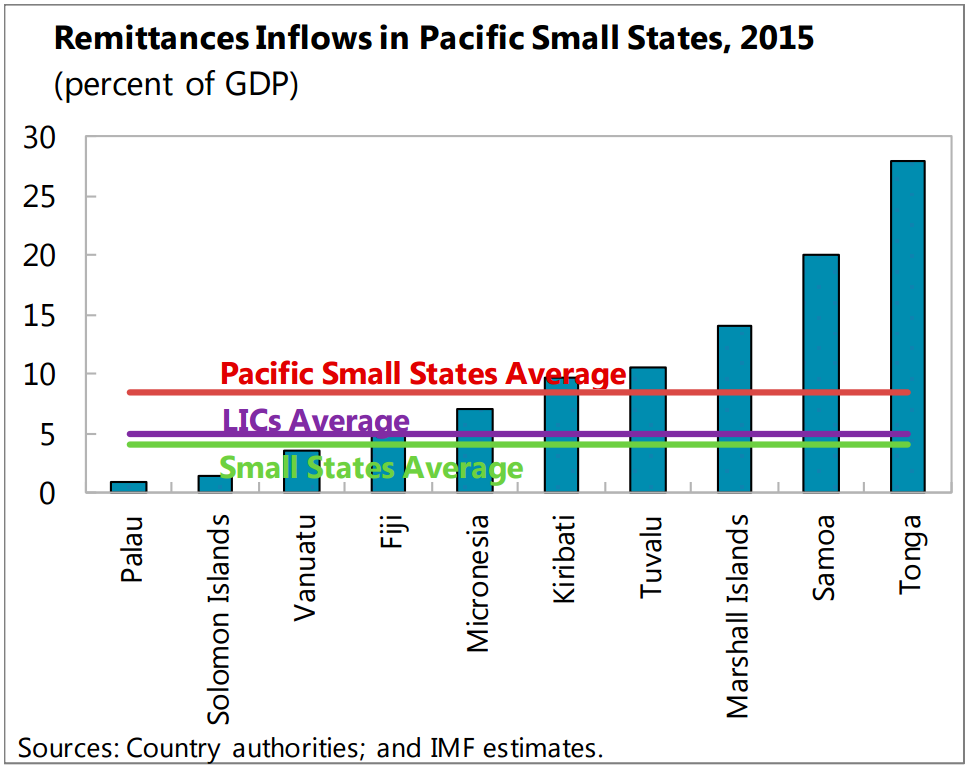 Looking at the situation from a global perspective, the FSB says that in situations where the decline of CBRs “leads to an increased concentration of relationships in a relatively small number of service providers, or even to situations where some banks rely on a single correspondent bank, this may represent a risk to the resilience of respondent banks”.

The implementation of AML/CTF rules needs to be tweaked

The FSB recognises the situation is complex and therefore requires a range of responses - one of which is for a more targeted approach to AML/CFT regulation to be taken.

It acknowledges the fact the Financial Action Taskforce (FATF) in October issued guidance saying it does “not require financial institutions to conduct customer due diligence on the customers of their respondent bank clients (so called ‘know your customer’s customer’)”.

Its call highlights the fact “not all correspondent banking relationships carry the same level of money laundering or terrorist financing risks, hence any enhanced due diligence measures have to commensurate to the degree of risks identified”.

The FSB says there’s a lot more work being done by various international bodies around this.

These sorts of comments from global financial watchdogs are important for New Zealand as they shape the way the Reserve Bank (RBNZ), Department of Internal Affairs (DIA) and Financial Markets Authority (FMA) supervise compliance with the AML/CFT Act.

As outlined above, banks have ditched a number of their remittance clients due to AML/CFT risks.

While FATF has signalled a loosening up of AML/CFT and the RBNZ has warned banks they can’t “blanket de-risk” by culling all their remittance clients, a High Court judge has ruled banks can do business with whomever they choose.

Bill English, in his capacity as Finance Minister, in June told interest.co.nz he wouldn’t go against the grain of the international AML/CFT regime by enacting a law to shield money remitters from de-risking.

This shows the tensions involved in implementing the regime globally.

In the meantime, the DIA says it’s improving the way it supervises money remitters.

Its manager of financial integrity, Natasha Weight, says the DIA is about to introduce a new AML/CFT compliance model which focuses on individual firms rather than whole sectors.

“Our sector’s maturing, and so are we as a regulator,” she says.

“We took quite an educative approach when the Act came into force in 2013, because this is a brand new piece of legislation, with brand new obligations for a whole lot of businesses who weren’t necessarily used to being regulated. So we took a sector-based approach to that.

“Now we’re kind of moving forward. We’re taking compliance action that’s evidenced by the High Court. We’re drilling into a more specific targeting approach, which is quite a natural evolution.”

Having just returned from a forum on AML/CFT supervision in Washington, Weight says there’s a lot of talk among regulators around ensuring principal reporting entities (ie Western Union) properly train, vet and manage their agents (ie the corner stores that collect and the distribute the funds being transferred).

While the remitters are themselves upping their efforts to be compliant and stay in banks’ good books, Weight says the DIA will start doing “on-site inspections” of remittance firms rather than just “desk-based” ones.

Nonetheless, she can’t say whether these efforts to reduce risk will be enough for banks to re-open their doors to remitters.

The IMF however says: “Improving AML/CFT compliance in the small states of the Pacific is necessary but insufficient to maintain the flow of remittances in the medium term. The current Money or Value Transfer Services low-cost business model is hard to square with the high cost of compliance with AML/CFT standards.

“Mobile banking solutions along with improved customer identification appear to be the way forward.”

The chief executives of WorldRemit and KlickEx have talked to interest.co.nz about their mobile solutions here and here.

Treasury confirms it is working on a solution to ensure remittances to the Pacific are made affordable in light of this situation, but says it isn’t in a position to provide details at this stage.

The Ministry of Foreign Affairs and Trade says it can’t comment on the issue, due to the key staff involved in this work being unavailable at this time.

NZ is a Tax Heaven so any control on money laundering will have an impact. So NZ can turn a blind eye towards it like current national government is doing but the problem is that world has woken up so now National government is in a catch 22 situation. Do not want to act but at the same time are worried about their image so the policy is Not to act but Promise and delay as now denial will not work.

The Major Banks are Racist and Xenophobic and New Zealand turns a blind eye towards it?
The Aussies have got away for years with racism with the Aboriginals and now they are applying their xenophobia in New Zealand not allowing Chinese Kiwis to apply their overseas income to get a roof over their heads.

Because that money is most likely stolen.

If its a roof over their head in NZ, wouldnt they have an NZ source of income?

Nice article on a fraught issue. A 12 percent remittance charge is way too high. Hope to see this come down in 2017

According to the NZ Police FIU....

The aim is to help build an intelligence picture across the entire financial system. This is in addition to the current suspicious transaction reports (STRs), and will add further transparency to the financial system by making certain money laundering and terrorist financing typologies even more difficult to hide, as well as improve the detection and thus disruption of organised crime, fraud and tax evasion.