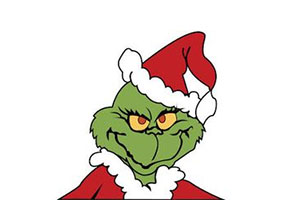 In the shadow of Christmas, more banks have raised their mortgage interest rates.

Today it has been both BNZ and HSBC.

Neither of these two have raised term deposit rates at the same time.

Today's changes have reset who has the market leading rates.

BNZ has raised all its rates from six months fixed to five years fixed - except its 18 month rate.

Interestingly, it did not change its 5.99% seven year fixed rate.

However, it did advise that from the start of January, its 'specials' or Classic home loan rates will not be available for "some investor lending" and that "more equity may be required for investors to meet RBNZ minimum equity restrictions.

These two banks are just the latest to raise home loan rates in response to fast-rising wholesale funding costs.

A snapshot from the key retail banks is:

In addition to the above table, BNZ has a fixed seven year rate of 5.99%. This has not changed today.

its not about market share now it all about margins

Lending rates up and deposit rates static? It's more likely to be about shrinking the balance sheet. That's going to be less lending in aggregate going forward. Watch for the banks calling in unused facilities in the near future. If you aren't using that credit card limit, expect a call from the bank to 'streamline' that facility for you.

How can the Banks celebrate Christmas when they have Xenophobic policy which procludes overseas income from New Zealand citizens who are are discriminated against because they originate from China?

because the have to abide by the anti money law, and you can not be 100% sure where the money comes from being one of the most corrupt societies in the world.
http://www.bbc.com/news/world-asia-china-37748241
https://www.dia.govt.nz/Services-Anti-Money-Laundering-Index

So all western countries should not Trade with China?

make up your own mind, FTA means something different to china than NZ, they can change rules laws restrict, copy and deny copyright or trademark.
in short you have money and you are a Chinese citizen you can get away with just about anything if it hurts another country or overseas company
http://www.stuff.co.nz/business/82958634/todd-mcclay-confirms-chinanz-ta...
http://www.transparency.org/cpi2015?gclid=CJuJwrH6i9ECFVQJvAodlnIPGQ#res...
http://www.business-anti-corruption.com/country-profiles/china

Until China follows the rules and everything becomes an even playing field, i.e they have health and safety standards, pollution controls, pay a fair wage and no more currency manipulation, then we should not be trading with them.

What you mention is indeed laudable, but will never happen in the short term.
China is like a teenager with rich parents.
They will self destruct.

The rich won't care. They will just move to one of their many houses in Auckland, Sydney, London or Vancouver.

The world does not revolve around houses.

That wasn't the point of my post. My point was that the rich don't care what happens, they have a contingency plan, hence all the pollution

The rich live inside their own ethnoscape.

you are right NGTR but it will never happen. New Zealanders are willing to turn a blind eye to the pollution, suffering attached to their cheap Chinese goods and at the same time they regulate the hell out of NZ busineses. Farming is seen as NZs largest contribution to greehouse gas but what calculations are made about the emissions attatched to all the goods we buy that are produced in China? China is the elephant in the room no one wants to be honest about.

It's interesting that BNZ have raised their interest rates and advised their residential property investors that they will be charged an investor margin of 0.25% or their variable loan...lets see if other Banks follow suit and whether investor margin will start to apply to fixed term loans as well. Time will tell.