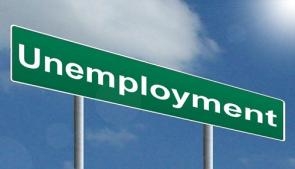 New Zealand’s unemployment rate rose to 5.2% in the December 2016 quarter as a growing number of people joined the search for work, Statistics New Zealand figures show. The number of people employed in the country also grew during the three months.

The Reserve Bank forecast in its November 2016 quarterly Monetary Policy Statement (MPS) that the unemployment rate should fall to 4.7% in the March 2017 quarter before settling at 4.5% through the 2018 and 2019 March quarters.

Since the RBNZ’s November forecast, Stats NZ figures showed record high net migration into the country during the December quarter, pushing up the volume of people looking for work. The Reserve Bank’s next public forecast update is due on 9 February.

The central bank in November said the increasing labour force had largely been absorbed into employment during 2016 as the headline unemployment rate tracked down. The rise in the unemployment rate in the December quarter suggests this trend may have tempered off in the last three months of the year.

The rise in the headline unemployment rate came as New Zealand’s labour force – those in work and those actively seeking work – expanded during the December quarter. The labour force participation rate – employed and unemployed as a proportion of the working age population – rose 0.4% to 70.5%.

This means economists also look at the Stats NZ employment figures alongside the headline unemployment rate as a gauge of how the economy is doing. The number of people employed rose 0.8% during the December quarter against a consensus forecast of 0.7%. Annually, employment was up 5.8%.

Employment during the quarter was driven by the retail trade, accommodation and food services industry, Stats NZ said. Construction and the professional services industries were close behind.

The Auckland region accounted for 52% of New Zealand’s employment growth during the quarter. Taranaki experienced the only significant change in regional unemployment rates, up 2.9 percentage points to 6.8%.

The Reserve Bank in its November MPS noted capacity pressure in the construction industry was particularly tight, with construction firms reporting difficulties finding both skilled and unskilled labour.

Meanwhile, growth in New Zealand wages remained steady during the quarter, further Stats NZ figures show. Annual wage inflation, including overtime, was 1.6% in the quarter according to the labour cost index. It has hovered between 1.5% and 1.6% in the last seven quarters.

Hourly earnings increased 1.3% over the year, Stats NZ’s quarterly employment index showed. This was the lowest annual increase since the year to the September 2010 quarter. High net immigration had been limiting wage pressure during the year, the Reserve Bank noted in November.

The labour market and migration figures will be closely watched by the central bank as it determines its next interest rate move on 9 February. The RBNZ cut the Official Cash Rate in November by 25 basis points to 1.75%. In a statement at the time, Governor Graeme Wheeler said monetary policy would continue to be accommodative.

ASB economists on Tuesday said they expect the RBNZ to start raising the OCR again in late 2018, earlier than previously thought, as inflation pressures return to the economy.

Meanwhile, growth in New Zealand wages remained steady during the quarter, further Stats NZ figures show. Annual wage inflation, including overtime, was 1.6% in the quarter according to the labour cost index. It has hovered between 1.5% and 1.6% in the last seven quarters.

Hardly the stuff of a "rock star economy" and certainly not enough to nudge CPI upwards when there is severe competition for limited disposable income expenditure after non-discretionary costs of a financialised economy are met.

Can we put the "rockstar economy" saying to bed now. It was made over 2 years ago, by a different PM.

The phrase 'Rock Star Economy',came not from JK,but from an analyst at HSBC and he has very recently repeated it. Analysts are mostly useless and this one is no exception.

Good to know. As an Analyst myself I would like to take offence, but sadly I think you are right.

I found rock star economy to be a joke at the time. Rising house prices lead to the wealth effect. It's probably a good time to change thinking so that the wealth effect is regarded as a mental illness that makes people overspend and take on debt (you know, like a rock star).

Rising employment and rising unemployment = too much immigration.
Perfect illustration that immigrants are taking jobs from Kiwis.

I'm with Chris,can only have both employment and unemployment rising if you've a hell of a lot more people of working age, which is, of course, what the biggest bulk of immigrants will be.
So, more people, slightly rising % number of unemployed means by number, quite a lot more unemployment - innit?

so we have a city the size of Tauranga not employed , being paid by the government, but that's ok because the politicians will spin them ALL as non hopers and lay abouts

I've found at least 607,000 beneficiaries that should all be working, and they take up a disproportionate amount of tax payer dollars. Why we don't set aside enough money for them either in a government fund or kiwisaver I'll never know.

We might be employing more people but our export earnings have gone down so in the real world we are less productive. The jobs created are building houses and infrastructure for the enlarged population. When that is over we then have a larger population to support with our export earnings.