Robertson asks to be judged on how Labour govt lifts productivity; Says foreign investment still welcome, just not in existing houses; Is 'realistic' about RBNZ's ability to effect full employment

Robertson asks to be judged on how Labour govt lifts productivity; Says foreign investment still welcome, just not in existing houses; Is 'realistic' about RBNZ's ability to effect full employment 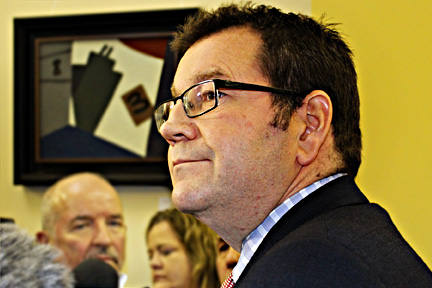 Directing capital to businesses, reducing Auckland congestion, regional business development, rail to ports and increased broadband linkages were all mentioned by Robertson on TVNZ’s Q&A as priorities to help achieve this as infrastructure investment gets a boost.

And that infrastructure investment boost might partly come from the Super Fund. Robertson mentioned that the Fund could be directed to invest more in New Zealand, following on from similar comments made by New Zealand First leader Winston Peters during the government formation period.

Meanwhile, Robertson said on the programme that the Labour-led government would continue to welcome foreign investment, if it was targeted towards the productive parts of the economy and not the housing market.

In other comments, he also said Labour would be realistic about the role the Reserve Bank can play as it is mandated to target full employment alongside price stability . A wider government aim to reduce the unemployment rate to 4% by 2020 won’t be imposed on the Bank as a specific target, Robertson said - repeating comments earlier this year that a numerical employment target wouldn't be set for the Bank.

New Zealand’s productivity performance came in for much criticism during the election campaign, with even previous Finance Minister Steven Joyce acknowledging a lack of growth over recent years.

Robertson on Sunday said Labour was looking at “some pretty significant moves” to lift productivity. “One of the main things I want our Government to be judged on, is how we lift productivity,” he said on Q&A.

“We want to lift our expenditure on research and development; we’ve got a massive focus on increasing skills, which is one of the major and most important parts of lifting productivity. And we want to get capital to those businesses that can grow, invest in infrastructure,” he said.

“So, there’s still a place for foreign investment, but equally, we do want to see New Zealanders being able to make sure that they do invest in their own future, and we want to have some conversations with the Super Fund about the way in which they’ll be able to contribute.”

The last comment on conversations with the Super Fund might be music to New Zealand First leader Winston Peters’ ears. During the government formation process, he specifically commented on directing the Super Fund to invest more in New Zealand infrastructure projects, although details were short on the ground, including on whether politicians will allow the Fund to chase the highest possible return from investment in public infrastructure.

“I think I certainly would like to see the Super Fund invest more into New Zealand,” Robertson said on Q&A. “It’s done some, and I know the Super Fund itself is looking into opportunities here. It has to get a good rate of return; we all understand that.

“But if we’ve actually got the incentives right in the economy, that we are investing as a government in our infrastructure, we think that will encourage other investors as well to move away from that speculative part of the economy into the productive part,” he said.

‘Realistic’ about RBNZ’s impact on employment

Meanwhile, Robertson was also questioned about Labour’s desire for the Reserve Bank to be given a dual mandate of targeting full employment alongside price stability. Asked whether the desired change would be made quickly, he said time would be needed for a government review on how to best make the move.

“I want to make sure that people understand that for now, the [existing] Policy Targets Agreement stays. That’s the agreement that we work under until a new governor is appointed [in March 2018],” Robertson said.

“What we’re proposing to change there is in line with what’s happening in other parts of the world – the United States, Australia. We want to see a slightly broader objective, but we are maintaining price stability. There will still be that band for inflation within the Policy Targets Agreement.”

Asked about his comment earlier in the year that Labour would target a 4% unemployment rate by 2020, and whether this target would be imposed on the Bank, Robertson replied that this was “our goal as a wider government.”

“But I'm realistic about what the role of the Reserve Bank is in achieving that goal,” he said. “What we want to make sure is that the objectives of the Bank reflect that overall view of the economy, that this is about the well-being of New Zealanders; it’s about sustainable development.”

“What it means is that when the Reserve Bank is making its decisions about the official cash rate, when it’s thinking about monetary policy, of course it thinks about managing and controlling inflation, and that’s vital. But also, it thinks about other goals in the economy, such as making sure that we maximise employment,” Robertson said.

“This is done in the United States; it’s done in Australia in another form. We’re actually just bringing our monetary policy up to speed to make sure it’s contributing to the wider outcomes we want in the economy. It’s a reform, but it’s one that I think people can have confidence in, because it does work in other jurisdictions.”

jury is out on this so called reform and really this is politicians all over the world saying we want some form of control over central banks and when our policies fail we want the central banks to do more than just run the banking system and we want you to help us do your job because we have no idea what you do at that bank.. just get some people employed will you because the system has failed us... yes that thats right we are only the government and we have no idea why we are failing....

This " full employment " thing is a problem .

We are pretty much at what is called "full" employment , those still not working are either unemployable or not interested .

Politicians should never be allowed to use the Reserve Bank to achieve political objectives , its very dangerous to in any way give the Central Bank a mandate that is in conflict with low inflation and currency stability and Bank oversight

" its very dangerous to in any way give the Central Bank a mandate", period! Look what they've done to the financial system of the Globe with their various mandates. 20 odd years ago it was obvious that derivatives were out of control, yet nothing was done etc etc etc. We are expecting people far less clever or qualified to 'control' The Markets than the people actually in them. The really smart people....don't work for a Central Bank....

Hoping for the best, hoping that Mr Robertson and the coalition follow the civil service's advice closely, but expecting the worst from the teenage boy who has just been given the keys to a ferrari.

Dear Grant,
I recommend that if you want to improve NZ productivity have a good look at what Michael Reddell has to say on immigration rates, and real NZ interest rates. - https://croakingcassandra.com
In a nutshell
1) our immigration rate has been for a very long time one of the highest/higher in the world. This means that there is a heavy demand for capital (excess demand & therefore higher interest rates) (schools, roads, houses etc etc) to meet the needs of the swelling population rather than the capital being used for productive means.
2) The higher interest rates also attach speculative capital & keep the NZ dollar higher than it should be which also depresses NZ productivity in the tradeable sector

The governments move to reduce the immigration rate will at least be a start.

.... plus NZ's productivity is negatively impacted by our tax system that favours "investment" in non-productive assets (land & houses) and penalises it productive ones. Labour has pledged to not do anything to rectify this in the current term, I understand.