Two banks cut mortgage rates to near market-leading levels as the rate curve flattens and the real estate market struggles to build any volumes. Rollover market keeps the banks in the game

Two banks cut mortgage rates to near market-leading levels as the rate curve flattens and the real estate market struggles to build any volumes. Rollover market keeps the banks in the game 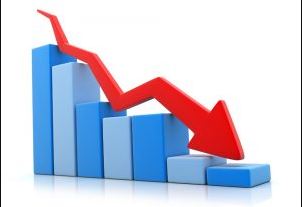 That put the four year rate as the lowest in the market apart from the HSBC Premier offer. And the five year rate matches Westpac and HSBC Premier.

They raised their one year rate from 4.39% to 4.49%. That matches the one year offer from the Co-operative Bank, but is now above the 4.45% offers at ANZ and Kiwibank.

But they lowered all other rates.

ASB's eighteen month fixed rate offer is now the lowest of any bank other than HSBC Premier at 4.55%.

Their two year rate is down by -10 bps to 4.59% and also the lowest other than from HSBC Premier.

For four years fixed, ASB's new rate is 5.39%, also a -10 bps drop, to a rate matching the Co-operative Bank but still above the HSBC Premier offer.

And their new 5.59% rate now matches a number of rivals, Westpac, The Co-operative Bak, and HSBC Premier.

In wholesale markets, swap rates are basically unchanged from the low levels they have been in the past three months.

What's the concern about HSBC T&C's BadRobot? We're meeting with them next week to discuss opening an account so it would be good to know.

Previously I've seen HSBC stop their existing clients from taking their special rates offers. Not a huge problem however as long as you can find another bank that will take you.

Their website always says it's only for new loans. You'd also need to keep loan above $500,000 and be happy with no branches and from what friends have told me, poor online banking.

I bank with HSBC in the UK and they are definitely not the best bank for customer services, when I spoke with them earlier this week, they said that it might take 2-3 days to get a "personal wealth manager" assigned to us because they are short staffed, which again, doesn't bode well but I maintain that they might be safer in a banking crisis. And, they offer expat mortgage and foreign currency accounts so might work for us on a few levels. We'll see! They have certainly been leaders in the mortgage market.

You would think the governments Kiwi Bank would be the cheapest interest rates, instead of having billions of dollars of bank profits leaving our shores every year.
Kiwi Banks service isn't competitive either.

Like all Government Departments Kiwibank is lazy and incompetent. When looking for offers when my loans floated they were the worst bank to deal with by not responding to calls or emails and then having two mortgage managers contact me at the same time with different offers.

A Mickey Mouse outfit that will never be a threat to the Aussies.

IMHO kiwibank is leagues ahead of the competition in every respect. Lower fees for a start. Lower rates, when I went to borrow some money they bested the rates offered by the others. Their internet bank and android app is way better than whats on offer from ASB or BNZ. Little things like being able to download resident withholding tax certificates is super easy with kiwibank.

They need a good app. Who wants to go to a post office to do any banking?

Nzdan these are all 80% LVR. Always split the fixed rates across multiple terms.

I bought at 75% LVR. Mortgage is 3 x Salary but the only bank that would look in was a credit union at a higher fixed term rate due to being a single salary household with a baby. But i'll look into splitting the fixed rates, cheers.

Once you've got a history of making every payment the future refinancing should be a lot better. Make sure you use a mortgage broker.

Yes. make sure you use someone who clips the ticket and adds, at best, limited value.

Why would you fix for 4 or 5 years when rates are generally sinking?
If you’re rolling off fixed to floating, wait a couple months & scan the declining fixed rates for a while before refixing..

Certainty. I reckon mortgage rates will go to zero as well. But I have been known to be wrong before! 30 years ago mortgage rates unexpectedly went to 22%, and 6% would have looked like a bargain in the rearview mirror. When BIG moves happen, it's because no one saw it coming, and by the time ' couple of months' has gone by...it's too late.

If all hell breaks loose it will be a case of even cheaper credit but banks playing hard to get.

Fix half, float half. nothing wrong with hedging your bets when you are talking 1/2 a million of debt and a 2% increase in interest will up your repayments by 20%

Nice to see them coming back down. We were offered 4.49% for 2 yrs from ANZ last week but cash incentives seems to have gone missing. That's around 2.35% over swap too which is quite high, but deposit rates haven't really come down. Any experiences with banks being competitive? We're going to settle on our new build in about 6 weeks so it's time to up the ante.

On a refix last week with ANZ I was offered 4.45% for 2 years, I settled for 4.19% over 1 yr with same bank. A month ago Westpac offered 4.8% for 2 years and 4.69% for 1 year. I have been told by my broker that Westpac are charging a premium on property investors at the moment.

I agree, however I don't think me sitting on an LVR of 55% is risky lending.

An LVR of 55% could be risky if the yield on the property investment is less than 6%,

Precisely. Banks ( lenders in general) are only interested in one thing - the capacity to make the payments. The Security ( the V bit) is of secondary importance and is a variable collateral at best.

That's assuming the borrower has no other source of income. Most investors have other income sources and therefore the yield should not matter THAT MUCH to justify a premium.

I doubt there is a premium on owner occupied mortgages if the estimated rental yield of the house is below 6%.

I understand that the RBNZ requires additional capital to be held for investor loans. Hence, presumably, the flow through in cost

Westpac offered 4.3% 2 year fixed on my owner occupied home and 4.35% on my rentals. They are the only bank to charge a premium on investment properties and lost my business because of this nonsense.

1 year rates up and 2 year rates down. This suggests to me that asb believe rates will drop in the short term and they want you to fix for longer.

Are the banks still giving cash back for new business ?

Offers are current. My current bank only offered $2,000 cash back to keep me so weighing up whether legal costs and hassle of moving business/accounts is worth the $6k difference.

Costs a lot less than $6k to move a mortgage but be very careful accepting cash to refinance because it usually ties you to the bank for 3 or 4 years. If you fix your rate on a shorter term my guess would be they'd not offer any rate shave when you refixed as you'd be tied in. Tricky little buggers there banks, have to know exactly who you are getting into bed with.

It looks like you are re-fixing so your current bank is unlikely to offer you anything or if they do it will be well under what a bank trying to lure you away would offer. Your current bank is relying on the cost and hassle of moving been equal to a cash back offered by another bank of around $5k to $6k.

At least that is my experience when haggling e.g. New bank has offered me 4.3% rate and $8k, present to current bank who says we will match rate and give cash back of $2k (= we don't think you will up sticks and move all your business, accounts, APs and pay your lawyers for a measly $6k...).

It's a new build, new mortgage for first home buyers, we settle on the land in six weeks, and then have ~9 months of drawing down building payments but can fix the land portion straight away. I think they are relying on the fact that we have pre-approval and therefore will be sticky but i don't want to be shafted either.

Once you've got the cash ( the mortgage) then you can think about your options. I'd urge you not to end up without a lender at this stage (ie: annoy the current bank who says to you "Good luck with X Bank, 'cause our offer is off'). You know you need their money ....and so do they.

Yeah I think you're right BW, I'll just fix short so we can revisit it once the house is all done. Thanks for the input team!

Man oh man, it's going to hurt when we finally buy in NZ and have to accept the higher borrowing costs. We can currently fix on our UK mortgage for 5 years at 1.93%. 1.33% if 2 years.

Bank lending in New Zealand (and Australasia generally) is typically a much higher margin industry than the UK. That said it looks like a few new banks are being attracted to the market so we may yet see moderation within the industry.

Rent in NZ and invest in UK until environment changes

That's what we're doing atm but by accident rather than design (as in we decided not to sell a UK house because GBP tanked after Brexit). The property in the UK is giving us a very nice 7.8% yield and that is going to improve when we fix at an even lower rate soon (we had a 3.04% 5 year fix and soon that will be 1.66%) GBP has also 80% recovered. We're probably mad, but we still don't want to hold it long term. Property "investments" are not for us I don't think.

Well, with the new low interest rate, this as you say, will improve your yield so just keep it earning passive income. You might find that prices will go up after Brexit has been finalised. As long as you have a positive yield the should be ok.

That said I dont know what your other costs are ie that would be your gross yield i assume.