Unemployment is at a near decade low, but wage growth continues to remain subdued. Economists have divided opinions about what’s keeping wage inflation so sluggish

Unemployment is at a near decade low, but wage growth continues to remain subdued. Economists have divided opinions about what’s keeping wage inflation so sluggish 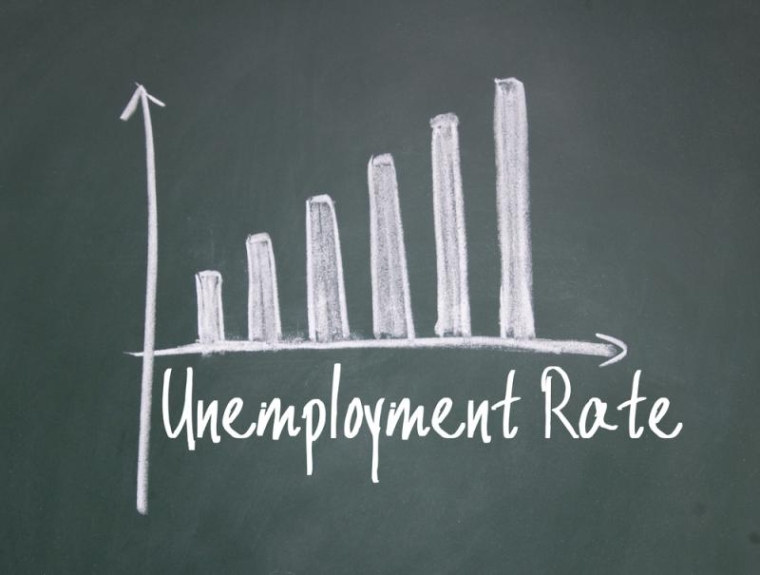 Despite unemployment being at an almost 10 year low, Wednesday’s labour market data shows wage growth remains subdued and economists’ are divided as to why this is the case.

Figures from Statistics New Zealand show unemployment in the fourth quarter of last year was 4.5%, down 0.1% on the quarter before and down 0.8% when compared with the year prior.

But wage inflation was up just 0.4% on the September quarter and 1.8% on December 2017. When this is adjusted for consumer price index (CPI) inflation, that figure is lower still.

The Council of Trade Unions president Richard Wagstaff says 51% of private sector workers did not get a pay rise last year and he is calling on the Government to help increase this number.

“New Zealanders want more good work. Creating not just more jobs but better jobs and catching up pay rates is the challenge our new Government faces, and we are ready to support them.”

But why does wage growth remain sluggish at a time when the unemployment rate is at a 10-year low?

Capital Economics chief New Zealand economist Paul Dales suggests New Zealand’s record high underutilisation rate could be one of the factors behind this.

The underutilisation rate – the measure of the potential labour supply and unmet need for work – increased by 0.1% to 12.1% in the December quarter, reflecting roughly 324,000 New Zealanders with the potential to work more.

This, according to Statistics NZ labour market statistics senior manager Jason Attewell, was largely driven by the underemployment rate, which climbed to a record high 6.4% in the December quarter.

Dales says this suggests there is more spare capacity in the labour market than the unemployment rate suggests.

“At the margins,” he says, “this may be contributing to the still subdued rates of wage growth”.

Westpac senior economist Michael Gordon says wage growth has been on the low side of what would usually be expected, given the improvements in the unemployment rate and what businesses are saying about finding it difficult to find workers.

But he says a “tight labour market” is a subjective term, as there is no economic definition of at what point the market becomes tight.

Gordon does not think 4.5% constitutes a tight market and would characterise it more as the “neutral” employment rate – “that is not a recipe for wage growth,” he says.

ASB senior economist Mark Smith says increased globalisation is one of the factors keeping wages sluggish, as it erodes the bargaining power of workers.

He also says many employees’ wage increases are linked to CPI inflation, which has been low for a while and this has flowed through to overall wage growth.

However, Smith is expecting wage inflation to pick up as the year progresses and policy changes, such as the Government’s increase to the minimum wage, come into effect.

Dales agrees, but adds that there is still no sign of “cyclical increases” in wages.

Meanwhile, Minister of Employment Willie Jackson says Stats NZ’s average ordinary time hourly earnings measurement shows wages are rising and were up 3.1% when compared to the year before.

In a release, he makes no mention of the wage inflation figures cited by economists.

While the labor share - the part of national income paid to workers—has recently continued its decades-long decline, US corporate profit margins have risen further to historic highs, especially for the most profitable firms. Over the last two decades, most industries have also become more concentrated with a few large firms earning a larger share of revenue, potentially shifting the bargaining power from consumers and workers to firms and employers.

As the chart above shows, average wage growth has fallen from 3.5% in 1985-2007 to 2.1% in 2008-2017. While much of the weakness in wage growth over the last decade relative to pre-crisis norms can be attributed to cyclical labor market slack and soft price inflation, longer-run declines in trend productivity growth and in the trend labor share are currently still weighing on wage growth.

Goldman suggests that rising concentration of employment could shift the balance of bargaining power from workers to employers. Wage-setting power allows employers to lower wages below workers’ marginal revenue product without losing too many employees. While a handful of superstar employers with better technologies could choose to hire more workers and pay higher wages than less productive firms, the limited availability of attractive alternative employers may prevent workers from earning their full marginal revenue product. Read more

I think the effect of global wage arbitrage is also significant.

Education levels in places like China and India are creating ever higher levels of functional equivalency and creating an ever greater drag on open western economy wage levels.

I was over in China a wee while back on business. Feedback from folk there was that so many young people are now graduating university and none of them want manufacturing jobs. They all want office jobs. So, could have interesting effects on wages too.

It's important not to think inside a vacuum called NZ isn't it.

For every stagnant wage graph anywhere (everywhere) in the west I expect there is a corresponding wage increase graph somewhere in the emerging world. The number of people in the third world and emerging worlds pulled out of poverty in the last twenty years must a truly enormous number.

Absolutely. And with globalisation enabling companies to siphon out money to their domicile of choice while paying little tax, it's no wonder the little people are facing hard times with the combination of low wages, the tax burden, and QE-driven high asset prices. Sure, there are junk shops galore, but once the shine of being able to purchase crap for a dollar has gone, things are less pretty.

There was an interesting article a few weeks back highlighting that most of the jobs growth touted in the USA was down to an increase in part-time gigs (all counted as 'jobs') taken up by people struggling with the combination of slow wage growth and faster growth in their costs of living. Uber, etc.

tax rates are too high for PAYE earners. Bracket creep. And local governments that cant control spending. Address these and maybe wage inflation will filter through to the workers!

Agreed its tax and the various council and utility costs that eat into incomes. Raising wages is a zero sum game as those very same councils and utilities will simply pass the higher wage costs back to the wage earners.

In a low inflation environment, business owners have little pricing power on aggregate. If they're struggling to raise prices they will struggle to pay increased wages.

MikeM - that's true, but only until they absolutely have to or not be still in business. And at that point of desperation there's normally enough others in the same boat that it become a general move and does get passed on successfully - and that's what creates inflation, rising wages not the other way around. And rising inflation means rising short-term rates, but currently we're not yet at that first point

What is the definition of unemployment? If there is also a measure of under employment does that mean that unemployment is measured by lack of any job and not measured against a full time equivalent which I take to be 40 hours. ?

Wage earners take a back seat to shareholders.

Wage earners are in an ever weaker position, threats from automation replacing them, to landholders having more leverage to increase rents on businesses, to shareholders applying more pressure for profits, to demanding immigrants to fill "skill shortages" (in reality, wage shortages), businesses convincing staff to hide their earnings from each other, union busting and propaganda turning workers against unions, the gig economy meaning that staff become barely profitable contractors like Uber drivers, and courier drivers.

Who gets the surplus from business is all about leverage. Workers have less leverage than EVERYBODY ELSE. Landlords, suppliers, shareholders, CEO's, all take bites of the growth of the pie before workers.

Also, you can have full employment if your minimum wage is low enough, people being employed as contractors is one way to get them below minimum wage legally.

If you want wages to increase in this modern economy, some form of NIT, UBI, citizens dividend, funded by a land tax, would allow workers to apply leverage and increase their "reservation wage". https://en.wikipedia.org/wiki/Reservation_wage

Even Milton Friedman was a Georgist. https://www.youtube.com/watch?v=yS7Jb58hcsc

True. Middle classes weren't created by endlessly allowing exploitation and a race to the bottom, they were created as societies worked to give more people access to capital. E.g. land tax breaking up the British land banks here and getting land into Kiwi owner-occupier hands, and labour rights reducing exploitation of people who work for a living.

Not that all the solutions of the past will work in the future, as automation replaces more and more workers. But when the workers aren't making money anymore, how will you tax them? Or, who or what will you tax instead - especially when many money makers aren't going to be reporting a profit in NZ?

And if they're not making money, how will they consume?

As Lalaland and others have pointed out,it really ain't that hard-except for all these economists. I sincerely hope that most of them are on no more than the minimum wage.Anymore,and they are being grossly overpaid. I was surprised that our old friend NAIRU didn't raise its ugly head.
I have little doubt that some of them are closet supporters of Friedman,who referred to the NATURAL rate of unemployment.
We seem content as a country to plod along with low productivity,low wages and a grossly overpriced housing market-not forgetting that much of the housing stock,old and new,is crap. Just when it is ever more important to have a really well educated workforce,our education standards are slipping and slipping badly.
One definition of insanity is to keep doing the same thing and expecting different results.