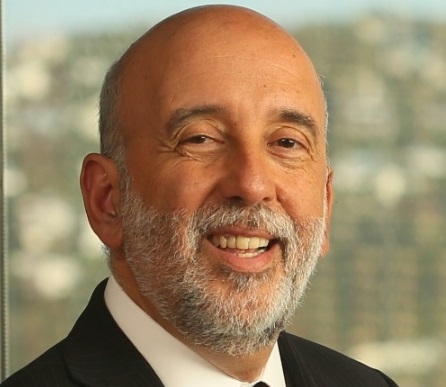 Treasury and the Reserve Bank (RBNZ) are at odds with each other over whether experts outside of the central bank should be involved with setting interest rates.

Treasury Secretary Gabriel Makhlouf on Tuesday night delivered a speech to the Institute of Finance Professionals, saying a committee, including both RBNZ officials and “external” experts, should be tasked with setting monetary policy.

Finance Minister Grant Robertson has the same view; the Treasury-run review of the Reserve Bank Act he prompted recommending “participation of external experts”.

Yet Acting RBNZ Governor, Grant Spencer, believes this could turn the committee into a “circus” and undermine the reputation and credibility of the institution.

In November he said: "Clearly, the benefit is more diversity in the decision making but there's potential issues we think in a small country, finding the appropriate expertise that's not conflicted, that's politically independent etc - making it work is the tricky issue.”

Currently the RBNZ Governor is officially tasked with setting the Official Cash Rate, however in practice, an internal committee makes these decisions.

Makhlouf said that in forming this committee, the previous Governor recognised the single decision-maker model was “outdated”.

He maintained a committee with external members was important in “to promote a diversity of perspectives”.

“There is nothing simple about the task of making monetary policy judgments and we support promoting healthy debate on some of the finer judgments involved in assessing the state of the economy and its likely future trajectory.

“In our view such a debate is enriched by drawing on different perspectives, while maintaining the wealth of expertise that sits within the Reserve Bank itself.”

The submission period for the first phase of the Reserve Bank Act, which deals with this decision-making issue, closed on February 19.

Advice on this phase will be provided to the Government by March. A Bill to progress the policy elements of phase 1 will be introduced “as soon as possible” this year.

A case for government ministers butting out

Makhlouf in his speech went on to call for a greater separation between government ministers and the RBNZ when it comes to financial stability - ie issues around loan-to-valuation ratios (LVRs), debt to income ratios (DTIs) and the stress testing of banks.

“In our view, the financial stability framework would be strengthened if there was a clearer distinction between the objective setting by Ministers and the independent operational delivery by the regulator, similar to that which exists on monetary policy,” he said.

“These issues are important and I recognise that there are differences of view on exactly how broad any changes need to be when we look across our financial system.”

In August interest.co.nz reported the then Prime Minister Bill English and Leader of the Opposition Jacinda Ardern hinting at their dissatisfaction over how LVRs were impacting first home buyers, while “respecting” the RBNZ’s independence.

English noted LVRs were only ever temporary measures, so encouraged the RBNZ to at consider what economic conditions would allow for their removal.

“I think it’s pretty clear now that the market is, [with] that policy along with a number of others, has got prices flattening off – takes a bit of pressure out of the market,” he said.

“We’d like to see them [LVRs] gone but we’re not going to remove the independence of the Governor of the Reserve Bank.”

Phase 2 of the Reserve Bank Act review will include a review of macro-prudential policy.

The RBNZ and Treasury are working on developing a list of issues for consideration as a part of this phase. An Independent Expert Advisory Panel will also provide input into the scope of phase 2. Details around this are expected to be released early this year.

In my view the long term risk of political appointees is too high.

Agreed. Who knows what clowns would be appointed.

Agreed. And who knows what salary they would receive.

.... if there were some politically appointed highly paid clowns jet-packed into the Reverse Bank ... once they were ensconced in their plush lazy-boy rockers ... how would we tell the newbies from the incumbents ?

Central Bankers have made a big enough mess already without any interference from politicians or their cronies. read The Fed Has Put Itself Out of Business, Where to Now?
www.mauldineconomics.com/landing/the-five-people-shaping-my-worldview#a…

As long as they let the Aussie banks continue their mining operation in NZ, then we are going to face huge problems sometime down the road.

They are repatriating billions of dollars every year, that money should stay in NZ, we need it. Depositors should never have to experience an OBR event.

Isn’t that what Kiwibank is supposed to solve?

Correct on the OBR...depositors should have first creditor status. However, if you mandated just NZ owned banks then the logical extension is that lending is only done out of NZ deposits and no off shore funds. That would jack up interest rates a fair bit I’d imagine....

That is the worst idea I've ever heard. Above all else reserve banks should be indepedent and isolated from political pressure. The counterfactual is the surest way to becoming a banana republic.

Above all else reserve banks should be indepedent and isolated from political pressure. The counterfactual is the surest way to becoming a banana republic.

That's naive. The nature of the relationship between monetarism and political power is symbiotic. Central banks' "independence" stems from legislation, which is created by politicians.

A diversity of bad decision making isn't going to make things any better. The Fed is a committee and there are different opinions, most of them are stupid opinions. In the case of the Fed the committee composition has too much political influence.

A better option is to scrap the OCR and go full capitalism. People need to be taught that the market doesn't always come up with the best result, and people would get a sense of what real market values are.

Is the Fed really an independent institution? Which way does the political influence flow? It appears central banks serve the banks not the citizens.

The Federal Reserve mandates are:

Given all these require a sound finance system it must almost always *appear* to serve banks and in many cases do things that banks like. But correlation alone is not causation nor conspiracy.

The correlation is there because of causation and conspiracy. https://archive.org/details/usmoneyvscorpor00crozgoog U.S Money vs corporation currency, Aldrich Plan

Do you really believe we have a sound finance system?

1. I did not claim the finance system is sound.

2. The Aldrich Plan was defeated and never adopted so is poor proof of conspiracy on that basis alone.

3. Where is the proof of causation?

May be we should outsource it ?

We do need diversity of thought at the RBNZ (and elsewhere) the question though is where that is going to come from? The most likely places they will draw candidates is the finance sector (i.e. banks) and academia. Whether we would get better decisions is hard to say. But the diversity of thought would only come down to who is appointed.

Agree with Spencer. It would be the circus to end all circuses.

To reinforce my view, it would be at least as bad as that stupid "shadow board" already in operation.

If there are external parties involved in decision making will we be able to ensure they remain unbiased and uninfluenced by a)their existing job b)their existing connections c)their own personal gain.
I'm sure they same is true of those RBNZ members already making decisions but I'd assume there is a fair amount of disclosure they must go through.

Including polies in the decision making is stupid.

I would suggest the Treasury Secretary does his bean counting and keeps out of politics........or give up his day job and stand for election......

This 'idea' sounds like an attack on our democracy in my opinion.

Experts? Seems like a prime job for an automated spreadsheet. If inflation rate: >1% cut interest rate by 25bps, if =3% no change,

NO! Didn't you know that these days you cannot use just a spreadsheet. You need to employ some $200 grand paid AI programmers. (scammers).

Yea...spreadsheets...Seems like a legit solution for a DSGE.
At least one good thing for you, uninterested, is that there is no need for 'AI' programmers...

Calling the program KITT sounds about right. Tacky.
Of course there is a need for a spreadsheet. Hopefully it has been calibrated and tweaked appropriately.
But of course its output would need to be taken with a grain of salt.

Maybe there is a need for a spreadsheet at your lemonade stand.
Unlike retail vendors, though, economists are smart enough to use Matlab.

The market should be the winner, perhaps it has a surprise for us.