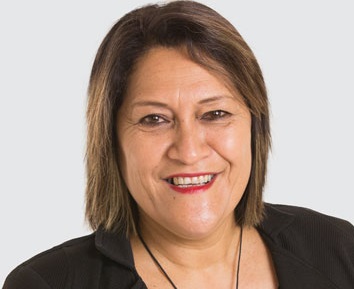 Customs Minister Meka Whaitiri is now to be permanently removed as a Minister with immediate effect, Prime Minister Jacinda Ardern announced on Thursday.

"...I no longer have confidence in Meka Whaitiri as a Minister at this time, and that is why I have taken the action I have, ” Ardern said.

Whaitiri was stood aside from her portfolios on August 30 while an investigation was undertaken following a report into an incident that occurred on August 27 in Gisborne, involving Whaitiri and one of her staff.

“While the facts are in dispute, the report says an incident occurred," Ardern said

"Meka Whaitiri continues to contest details of the incident, but there are elements which are agreed

“For privacy reasons I don’t wish to divulge further details of the investigators report as it is an employment matter and protecting the privacy of the staff member involved is paramount to me.

“Based on the context and conclusions of the report, I no longer have confidence in Meka Whaitiri as a Minister at this time, and that is why I have taken the action I have.”

Whaitiri is a Labour MP from the Ikaroa-Rāwhiti electorate.

Ardern said Kris Faafoi will retain the role of Minister of Customs and Meka Whaitiri’s Associate Minister responsibilities (Agriculture, Crown/Maori Relations, Forestry, Local Government) will sit with the lead portfolio ministers. There are no plans to undertake a Cabinet reshuffle.

The removal of Whaitiri as a minister comes barely two weeks after Clare Curran  resigned as a Government minister amidst "intolerable" pressure.

That resignation came after Curran had in August been booted out of Cabinet for failing to declare a meeting with Derek Handley, who later became a candidate for the Government's Chief Technology Officer role.

Last week the new Minister for Government Digital Services Megan Woods revealed that Handley will receive $100,000 after being offered the role of Chief Technology Office even though the Government has decided to halt his appointment.

Should be taken more often by PMs.

About time - and the heading is interesting -" and another one bites the dust " - Mmmm, strong rumours of another shocker gonna break soon too.....

The ones that are telling porkies should fall on their swords too!
Won’t name names, but we know who they are.

How funny this should appear at the top of the lottery that The comment stream here. I wonder if this view still holds true?

I am amused at the sometimes very dated comment stream myself...