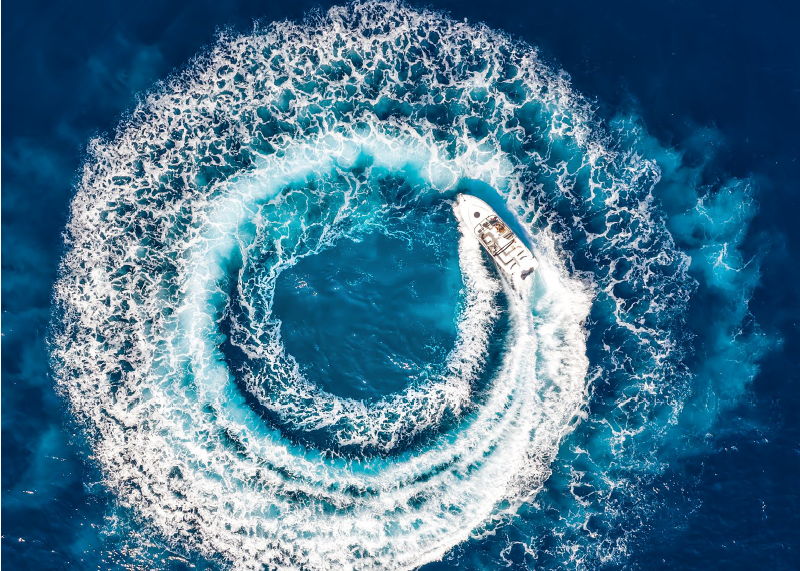 Credit ratings agency S&P Global Ratings says debt levels in the global economy are higher than at the time of the GFC but it believes the risks can be contained.

In a report titled "Next Debt Crisis: Will Liquidity Hold?" S&P says global debt is "certainly higher and in many cases riskier" than a decade ago.

"Nonetheless, the likelihood of a widespread investor exodus is contained, in S&P Global Ratings’ view.

But it goes on to acknowledge that there is vulnerability.

"A perfect storm of realised risks across geographies and asset classes could trigger a systemically damaging downturn. This downside scenario reflects an increased reliance on global capital flows and functioning secondary market liquidity.

"It also reflects bottom-up risks, given that many speculative-grade corporate borrowers have obtained financing on reasonably good terms for much of the past decade. In looking at 11,947 corporates, we find the proportion of companies having aggressive or highly leveraged financial risk has risen slightly, to 61% [from 58%]. While defaults in recent years have been low, this could change."

The report says that global debt-to-GDP leverage was higher as at June 2018 than in June 2008 (234% versus 208%). Sectors with above-average debt-to-GDP ratios include advanced countries’ governments and Chinese nonfinancial corporates.

"Nonetheless, we believe the next global debt crisis is unlikely to be as severe as the one in 2008-2009. The risk of contagion (a requisite for a full-blown crisis) is mitigated by high investor confidence in major Western governments’ hard currency debt. The high ratio of domestic funding for Chinese corporate debt also reduces contagion risk. (The terms credit and debt include both domestic and foreign debt)."

The report says the two main sources driving the growth in debt leverage have been advanced-country governments and, "perhaps less well appreciated", Chinese corporates. The potential contagion risk from these areas can be managed if not contained because:

− Major advanced country governments retain some ability to tax, providing some reassurance to investors on credit prospects in a downturn.

− The Chinese corporate debt buildup represents a very high credit risk, but a substantial portion of debt is owed by state-owned enterprises (SOE):

− China’s economy remains centrally managed and the government has levers to pull.

S&P says that according to its sample analysis, two-fifths of the world's "aggressive and highly leveraged corporate debt" Is Chinese.

"China has the highest-risk corporate sector among the major economies.

"If we presume China, as an emerging market, presents a higher business profile risk than Europe or the US, then logically corporate risk globally is higher than in 2009. We note, however, China is much less connected with the rest of the world, from a financial markets perspective, than, say, the US. is."

In terms of what all this means for credit ratings, S&P says that in the past 10 years more financial services and sovereign entities have been downgraded than upgraded, as downgrades have just slightly outnumbered upgrades.

"Additionally, in terms of corporate industries, the median credit ratings by industry either declined or remained unchanged.

"In short, the credit risk of the pool of rated corporate, financial services, and sovereign entities have in general worsened through a combination of downgrades and an influx of newly assigned ratings, the majority of which have been speculative grade."

From the same crowd that in 2008 that CDO's (Collateralised Debt Obligations) were all good!

Lol yes... these muppets got paid to rate the CDO's and rubbish by the people selling them, No conflict of interest there!

From the industry that missed the last cluster f****** - dont worry, everything is fine!

The risk of contagion is mitigated by high investor confidence.

And we all know that's an immutable.

But the bigger question is that of debt - it's an expectation that the future will underwrite the repayment. Regardless of it's ratio to GDP, that expectation is massively increased, on a planet 10 years more depleted. When 'the investors' get that message, whither contagion?

Watching the talking heads on market declines in the last 6months was informative. They were all shocked and considered just how un-justified it was after the Trump tax cut boost and by how big the decline was. However they were super-confident on the inevitable re-bound and the huge profits they would be making. Seems they will continue to defy gravity. I guess we should look at the start of the Great Depression as a guide on what we are about to re-learn as a Great Depression mk2 is what is coming.

I have not got much faith in these ratings agencies , they often receive not-so-insignificant payment for their assessments from the very organisations they are rating .

That said , I l dont buy into the idea that excessive debt can be " managed" indefinitely , especially where there is debt on top of debt , or the ability to service the debt is questionable or could become questionable due to changing circumstances

By debt on top of debt I mean where you borrow to buy stocks or units in an entity that is carrying a lot of, say Bank debt or other exposure to interest bearing derivatives such as Bonds or debentures .

It becomes a chain only as strong as the weakest link

Debt is a purchase on the future. Its radical increase can be managed as long as debtors, lenders and their cheer-leaders don't look too far ahead. In all these analyses (to privilege S&P's soothings somewhat) the future is left undetermined, unsaid. But the fact is, we are now racing towards an unknowable future (unknowable but likely hostile to growth economics) on a host of fronts. Time is compressing. Debt is expanding. Any equilibrium is now highly unstable, and collision seems a certainty at some fast-approaching time. Which is why time, in all this financial pillow-talk, is never mentioned.

Even locally...People have taken on massive debt in housing safe in the knowledge that they can sell for more in the near future and take the profit, tax-free. But what if one actually has to pay down significant amounts of debt oneself, and not all of it can easily be passed on to someone else?

I have no confidence in what they say - as they shrugged in congress and said their AA+ ratings of junk during the GFC "was just their opinion" while they accepted the checks to make them!

Looks like they dont even look at their own graphs!

The Chinese Corporate debt chart has $14 Trillion in the highly leveraged or negative Ebitda categories. That would suggest that there isnt much more room for addition debt before it all turns to custard,

I see a massive amount of defaults in the near future