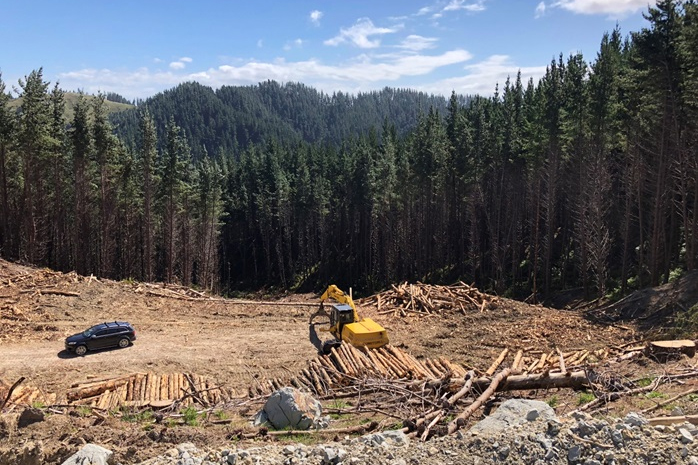 A new agreement signed by the Government is expected to pave the way for greater trade and co-operation between the New Zealand forestry sector and China.

The deal was signed on Monday by Forestry Minister Shane Jones and Zhang Jianlong from China’s National Forestry and Grasslands Administration.

“The updated arrangement supports and strengthens links between government, industry and research institutes in New Zealand and China. It provides a framework to address matters such as sustainability, wood processing and utilisation, and trade and investment,” Jones says.

He says the forestry sector is an important and growing part of New Zealand’s bilateral trade with China. According to Te Uru Rākau (Forestry New Zealand), the total exports of forestry products from New Zealand for the 2017/2018 year were worth $6.4 billion. And 48% of those products were exported to China.

“Much of this growth has come from increased Chinese demand for New Zealand forestry products, supporting both continued high prices and record export volumes,” Jones says.

“A number of Chinese companies choose to use wood sourced from New Zealand for their manufacturing, and I’m keen to see how we can grow the relationship further, especially for our respective wood processing industries.”

He says it ties in with the Government’s goal of planting one billion trees by 2028.

“I see a multitude of opportunities for New Zealand and China to cooperate and support our forestry and wood processing industries, in a way that also supports environmental objectives.”

“I see a multitude of opportunities for New Zealand and China to cooperate and support our forestry and wood processing industries, in a way that also supports environmental objectives.”

I suspect this is euphemism for sale of NZ-owned log export companies to China. NBR would have reported this as "more vertical integration by Chinese companies importing New Zealand forestry products".

Shane Jones should be ashamed of himself. Doesn't he realise there is a trade war between western free market economies and China? We need to stand tall with our allies and tell China that their theft of intellectual property, corporate espionage, and illegal state subsidies must end. If they want to trade with the west they have to follow the WTO rules they agreed to.

Ms Ardern is bewildered by US gun laws but appears to be happy with Chinese lack of free speech,espionage,Govt subsidies etc.

Why would you need to protect yourself when the government can do that for you??

Perhaps she's spent time in one of their re-education camps and now sees the errors in her previous thinking?

I couldn't really get what they was all about. Does that mean China will still be able to import our young pine trees (big enough to make fence battens) instead of at 25 year maturity. If so that makes a mockery of using trees to offset carbon emissions. Are we then going to get furniture imported into NZ full of Volatile Organic Compounds that are causing huge health issues in out country? Can anyone enlighten me please.