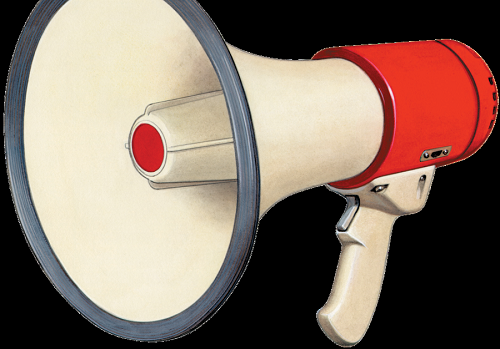 There's been a bit of a mixed bag of comments from business and industries in reaction to the 2019 Budget.

Here we pick out some of the comments that particularly take our fancy.

Business NZ says the Budget contains spending that would be positive for business and the economy.

"The trick will be to ensure the economy keeps growing sufficiently to ensure promised funding can be delivered to critical areas in a timely way.

"If tax revenue falters over the period, there could be some risks in delivering the proposed Budget surpluses while hoping to reduce debt."

Other business groups were not so fussed. The Canterbury Employers' Chamber of Commerce says the Welbeing Budget "largely overlooks one of the key drivers of people’s wellbeing - their livelihoods"

"This is not a Budget that will transform our economy," says CEO Leeann Watson.

"While it will go down in history as the first wellbeing Budget, it does not go far enough in terms of supporting businesses to enable growth."

Business Central was a bit happier.

"A long-term plan for improving the country’s infrastructure is a vital role for government, so it is pleasing to see today’s Budget containing more infrastructure spending, particularly on rail."

But another business group underwhelmed was EMA, which said that the Wellbeing Budget had delivered - but not for business.

"Nobody would argue that people’s overall wellbeing is important, and there is no doubt that a happier, healthier community is a more productive one," said EMA chief executive Brett O'Riley.

"We do welcome the investment in mental health as it is a cost to everyone in different ways, including business, and any improvement in this area would benefit everyone.

"However, greater recognition could have been made of wellbeing in the business sector as a healthy economy provides the funding to deal with the difficult and complex social issues the Government is tackling," he says.

Perhaps unsurprisingly the Council of Trade Unions is welcoming the concept of a Wellbeing Budget.

"We certainly believe that a budget which focuses on meaningful measures to ensure the lives of all New Zealanders are better, is a good idea," CTU President Richard Wagstaff said.

"The way the Budget has been prepared and presented emphasises the need for better wellbeing outcomes for New Zealanders. In that sense it has succeeded in being a Wellbeing Budget and after years of neglect we’ve seen the largest new spending in over a decade of $3.8 billion. But the needs of New Zealanders are significant and it will take even more than a single budget to ensuring wellbeing."

Law firm Chapman Tripp thought it was all well meaning but underwhelming.

"Budget 2019 marks a new direction which should, as the wellbeing approach becomes more established and developed, encourage better decision-making," the firm's lawyers say.

"It also marks a slight loosening of the Government’s fiscal stance, although within the constraints of the Budget Responsibility Rules. And it delivers a much overdue $1.9b boost to mental health services.

"But it is more catch-up than transformation, and is modest in relation to the Government’s year of delivery promise."

The much hyped "wellness budget " it turns out, is no such thing.

Did anyone see the TV3 poll this morning where 89% of Kiwi's said there was "nothing in the budget for them"?

Apart from buying a few new smelly , noisy environmentally un-friendly diesel locomotives , cleaning up the grass growing through some railway tracks , replacing some old temporary leaky school classroom buildings and painting a few hospital wards , there is basically no substance to the budget .

The money being thrown in the hopelessly ill-defined "child poverty" problem is simply ludicrous ............ there is no idea on the how , when ,where this spend is going

"there is basically no substance to the budget ."

Sure, $2B spent on mental health funding - which is still probably 5x less than what we need to spend - is "no substance".

It would appear you are oblivious of the major issues with Middlemore Hospital's rotting buildings for example. Painting a few wards? Seriously? I recall the report coming out the day after the Election and wonder what would have been done if National had received that report. More of the same - ignore. ignore -ignore. 83% of viewers watching Garner and Richardson's spew forth their dislike for the Coalition Government. I have never voted Labour and there certainly was nothing in it for me so what did you want from the budget that you did not get to cause such a vitriolic response.

Wow yes I saw tv3 today and agree but they sure didn't go on about the sick in fact Duncan Garner has had many sick people on his show have you ever seen that ? Have you gone to Doctor Yet?

One obvious outcome of this budget: Australia (or just Gold Coast))

If they are so intent on throwing money at kiwi rail,why don't they reintroduce the CHCH to Invercargill passenger train.We all know it will lose money,but then so is the Ham/Auckland run.
Lets treat the Railway in NZ as a public service.