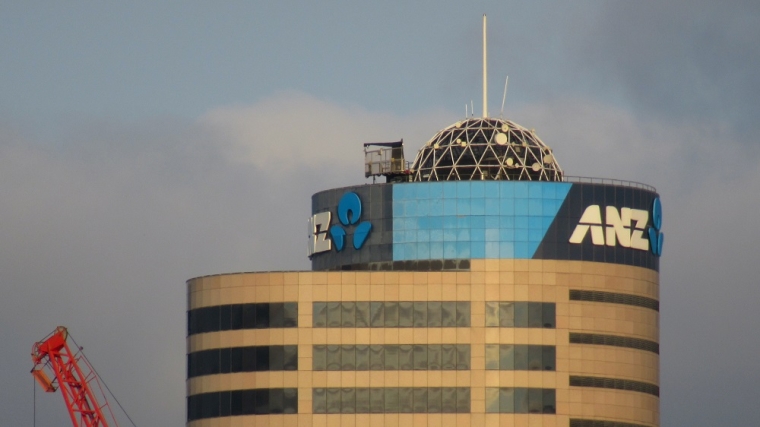 So, it's over. At last. Can I just say - that was agonising.

After more than four years, ANZ has announced a sale of its UDC Finance arm. And THIS time the chances of the sale actually going through look very good. The buyer looks very credible indeed. And the future for UDC looks bright. That's the hope anyway.

I just chuckled to myself when reading back the article linked to just above that I wrote over four years ago in which I said, with something less than prescience, that "ANZ NZ doesn't look as though it is going to have too many problems selling its UDC Finance arm". Well, that's about as wrong as you could be.

This has been a truly tortuous process for ANZ.

The huge mistake of course, was trying to offload UDC to China's airplanes-to-everything conglomerate HNA, as announced in January 2017.

Clearly there would have been other buyers. ANZ accepted an offer that presumably just blew everybody out of the water from a company that was at the time sticking its hand up for anything and everything .

It seemed from an early stage that the deal may be too good to be true.

And so it proved.

With the HNA deal having crashed and burned so spectacularly, ANZ then found itself effectively 'caught'.

Once you've put an asset like UDC on the market and think you've sold it, only to find you haven't, you can't then credibly turn around and say: "Okay, it's now never for sale."

So, ANZ was forced into a corner from which it could only really emerge with another sale deal for UDC.

That it's now done, so, in the treacherous environment of Covid-19 is ultimately a great credit to it.

Yes, after you take off goodwill, ANZ is going to lose NZ$73 million on this deal, whereas the 'sale' to HNA would have netted it a profit of A$100 million (according to the original sale announcement). But that 'deal' was a mirage. This one is real and it has been reached in a climate that is about a non-conducive for getting a deal through as you could imagine.

The ANZ parent company in Australia now gets A$439 million of 'tier1' capital from the sale.

For ANZ in New Zealand, it gets back the north of $2 billion it has had to advance to UDC to fund the loan book and keep that company growing. The ramping of financial support for UDC from ANZ was of course made necessary initially by the fact that public investors began pulling their secured investments from UDC in droves after the sale to HNA was announced. Later of course the secured investments debenture programme was wound up completely.

So, ANZ now gets to shore up its balance sheet at a very welcome and opportune moment. Forget therefore the fact that the sale is technically at a loss. It's a damn good price and good deal for the ANZ given the background of the sale process.

What of UDC then?

This was always my worry. And you have to shudder when thinking what might have been IF that HNA deal had somehow gone ahead.

It's been of great credit to UDC that it's kept boxing on, being profitable and growing its business, even during all this undoubted distraction and uncertainty. Four years of being for sale would try the patience of a saint.

Let's see what happens. But the early noises are positive. Indeed the new owner looks like the type of business that may well look to expand the scope of UDC's operations, and will be financially supportive.

As I said therefore at the top of this article, ANZ was never going to be able to totally redeem itself over UDC and what was truly a fiasco.

But as patch-up jobs go, this would be one of the better ones you could ever see.

UDC hopefully gets to survive and thrive and ANZ (finally) sails off into the sunset.

The article is fair enough. A good result at a bad time is probably all you can expect. So hats off to JK & co. And the Japs are also better (safer) to deal with than the Han. At least they won't tell us how to run the country.

Every time a business, whose customers are in New Zealand, is sold to an overseas buyer, I have to question why? Is NZ really that small that we can't support the corporations that reside here? That the promises to shareholders far outweigh the capability of those businesses to run themselves effectively within the NZ market? If UDC didn't exist, there *are* other NZ owned finance companies that their customers could be with.

You're right to ask that question. My optics are firmly on the senior executives of the businesses that put themselves on the block and end up in overseas hands. And as this sort of transaction happens so frequently in NZ I often wonder if there are undisclosed benefits flowing back to the execs who steer a company toward foreign ownership? Or? Is it simply the incredibly limited skill set of senior execs on hand in this country that all they are truly capable of is taking an eyewateringly high salary in return for middling results that leave the company with no future options but to sell up or go bust? Rakon springs to mind....

Bear in mind it was not the managers of UDC who decided to sell - it was someone in the upper regions of ANZ, probably in Melbourne. Based on limited financial info publically available I don't think UDC was likely to go bust if not sold. Consistently profitable, not like Rakon or others.