Opinion: The Government is happily setting out to subvert the purpose of the KiwiSaver scheme for its own short-term political gain

Opinion: The Government is happily setting out to subvert the purpose of the KiwiSaver scheme for its own short-term political gain 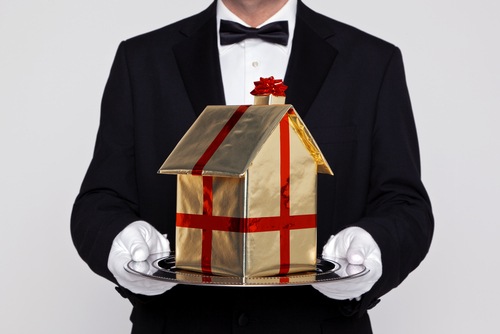 It's official: The KiwiSaver scheme has now become the HouseSaver scheme.

The Government is making it quite clear it sees the scheme as nothing more or less than a short-term piggy bank that can be smashed open as soon as possible and the money inside pumped into the rapidly rising house market.

Housing Minister Nick Smith, in a Television New Zealand interview screened over the weekend, said the Government was looking at tweaking the KiwiSaver scheme to make it easier for people to access funds from it to buy first homes. The details on how the KiwiSaver first home buyer deposit works currently are here.

This move by the Government comes at a time when the Reserve Bank is considering imposing "speed limits" on banks' high loan to value (LVR) lending. See here for our articles on LVRs.

Essentially the Government, having been frustrated in its efforts to get first-time buyers exempt from any limits on high LVR lending, is now seeking to go around the RBNZ measure - and actively undermine it.

Once again, we have clear evidence that this Government, far from trying to pour buckets of water on the house market fire, is actually loading on petrol.

Bizarrely, Smith is now suggesting that any LVR move from the RBNZ will come in tandem with a move from his own Government that runs exactly counter to the policy the RBNZ is putting in place.

Consider this comment: “I’m confident having been involved in those discussions [with the RBNZ] that we are going to get a package that works well both for the New Zealand economy and for those aspiring young families that want their own home.”

So, we will get a "package" that says there will be limits installed on LVR lending - but here's how would-be first-time buyers might be able to get around it. Some "package".

It's a bit like sending someone who is on a crash diet off with a lunch that consists of six sticks of celery washed down with 1.5 litres of sickly-sweet soft drink.

Smith first came out extolling the virtues of Kiwis raiding their retirement savings for houses at the end of last month. And in his latest interview he has gone even further. Here's some more selected quotes:

“I’m hugely encouraged and very positive about the way the KiwiSaver scheme is helping New Zealanders build up a deposit to be able to buy their own home.

“...If young kiwis are using their KiwiSaver funds to buy a first home that is a good thing..

“We saw this year over NZ$130 million dollars of deposits placed on homes from over 11,000 New Zealanders from their KiwiSaver funds. That’s an eight-fold increase on just two years ago. And while it is retirement savings, the most important part of KiwiSaver is savings overall."

Note that Smith just about remembered in that last quote that KiwiSaver is supposed to be money locked in to help people provide for their retirement.

But otherwise, it is quite clear this Government is now seeing the KiwiSaver scheme as something that can be happily plundered to fit its own short-term requirements.

There's no doubt that if the RBNZ were to go ahead and apply limits on high LVR lending, then potentially every night on the TVNZ and TV3 news and current affairs programmes we would be bombarded with images of doe-eyed young couples (bonus marks if either or both are also holding a baby) looking wistfully on at a house they cannot afford to buy.

The Government knows full well that such a look would be toxic for it at the ballot box. And it will do everything it needs to in order to prevent that scenario.

What does this all mean for the RBNZ?

Well, it should probably do what it needs to in order that financial stability is preserved.

But I think it is safe to say that our central bank can forget any notions that LVR speed limits will dampen the house market. The Government is hell-bent on making sure that won't happen.

Your on to it Gekko; Basicly the Kiwi Saver acting as the bank.

So is Rob Mulldoon in the house last time we had a super scheme what happened to that ???

Nick Smith understands New Zealanders.
We the people believe.  Saving is bad because it ain't spending.  Investing is bad because it ain't spending.  Spending what you got now is good, even better than being rich later if you didn't spend now.  There is a magic rule that we can all get more from the Goverment than we give to it. If the government gives us money in our old age nobody really has to pay for it.
Nick has got us worked out for sure.

Is the assumption correct that limiting LVR loans will hurt first home buyers ?
If it has any effect on the house price bubble, then it may assist them.
Comments please

I agree. The KiwiSaver subsidy is designed to help first home buyers, not property investors.

It makes sense to me that at the start of ones earning life, that saving for a house is more important than retirement.  Having got a house it seems to me that eventually saving for retirement will be easier.  Putting it round the other way, would people be better off with a healthy retirement fund and no house at the end of their working life?
Having said all that, this is yet another example of a patch up measure because government is unwilling to address the root causes of the property bubble, i.e.
Too many immigrants, legal or otherwise
Too many houses sold to foreigners
A corruptly rigged residential land supply market
A corruptly rigged building materials supply market.
A Tax system and ecconomic structure that favours speculation over productive enterprise.
Untill they address the real problems they will continue to go round in circles with off the target patch ups.

Correct Chris-M and increase house supply.
Do the people investing into the Kiwi Fund want their savings directed into the local property bubble?
One wouldn't think so. Doesn't make sence.
Shouldn't the Government being trying to lower housing costs to more affordable levels?

Has anyone heard about the guy viewing 42 properties in the pauanui area and buying 38 of them, someone from offshore, they are sitting empty, not rented - around 38million worth- is this just a story or is there more?

Multiple bites at the loop-hole cherry - dont'cha love it - genius at work
Even if you are a previous home owner but in a similar financial position to a first home buyer, you may also be eligible for both features.

Loop hole cherry? Or genuine playing field levelling?
As a FHB who went unconditional on Friday, without the subsidy & w/d facility, this deal would not have gone through for me & my partner. Without it, we`d still be renting...that simple.
MOST western countries have some kind of assistance to help young people into their first home..... mainly I guess, because research  clearly shows the long term value for a nation to have high% home ownership.
Remember, the restrictions are still pretty tight to access the `cherry`.... household earnt under $100K for last 12 months, accepted offer for house <400K in AKL, WLG,CHCH... <300K everywhere else.......  not that easy.
You honestly think that having a 5K max deposit subsidy is some conspiracy to spruik the property market??

no problem with the first bite, it's the loop-hole that will allow you to go around again and come back for a second bite, at a later date, assuming that this is your first bite.

it would be interesting to hear from anybody who has actually used this feature.  How easy is it to establish that you are "in a similar position to a first-time home buyer"?

Better to raid your own kiwi saver whilst you still can. Just think of the population of Detroit whos pension schemes are about to vanish into thin air. They won't be the only ones losing their retirement savings.

Exactly..take back your savings while you can, before the market or the government wipes it off fully..

This government, like all governments, will raid every last piggy bank - parliamentary super scheme excepted - to keep the housing bubble flatulent.
I do agree though, entrusting your retirement savings to a political football like kiwisaver, to be kicked around by egomaniac clowns, is somewhat stupid.

National has always had a visceral hatred of savings schemes.  Muldoon demolished the Labour Party compulsory super.  Bolger derailed Winston Peters' proposal in the '90s.  Key & English have both made statements extolling the virtues of housing bubbles, and watered down KiwiSaver.  And now working to turn KiwiSaver into a total farce.

It's a shame the government never allowed Kiwisaver funds to offset a mortgage. Atleast the money would have been locked away in Kiwisaver and helped minimise the individuals mortgage payments.....

BNZ tried.
Their competitors said it would `distort the market`...

It's a fine balancing act.  Maintaining the need for Kiwisaver integrity.  I did not agree with the BNZ proposal.  My pick is OK to use Kiwisaver for first home only.  With some tight controls.  But not for mortgage payments.  Step to far that.