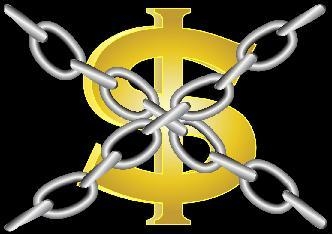 The Reserve Bank will never say as much, but it is likely to already feel vindicated about the introduction of "speed limits" on high loan to value lending.

And that's of course ahead of the official start date of October 1.

The fact that one of our banks - to its humiliation the ASB - has already had to do a massive and potentially market share-damaging u-turn on lending policy, demonstrates the RBNZ's essential argument more eruditely than the central bank itself ever could.

The RBNZ was concerned that some of our banks were getting carried away with higher risk lending.

The fact that the ASB had to pull the plug  on an unspecified but presumably substantial number of pre-approved loans rather proves the RBNZ's point.

Okay, doubtless the ASB and other big banks would feel that they know their business and they know if they are genuinely taking risks or not and they would obviously argue that the increased amount of high LVR lending they were committing to was not a risk.

But, and I'm talking about all the banks here, the reality is they can all get carried away in the mood of the moment and commit to lending that doesn't look risky at the time - but certainly does when looked back on with the wonders of hindsight.

Today's 'prudent' can be tomorrow's imprudent. History has graphically shown that. And just because New Zealand's banks have historically seen house lending as the safe (as houses even) part of their business, history is not necessarily a guide to the future.

The American banks thought they were on to a sure thing with high LVR lending in the mid-2000s as well.

So, for me, events so far around the introduction of the RBNZ's high LVR speed limits show that our central bank was right to be concerned about a loosening of our banks' lending criteria and was therefore correct to fire a warning shot across the bows.

Already, therefore I'm admitting to something of a u-turn on my own view of the RBNZ's new policy.

I wasn't sure it was necessary and I thought that any policy introduced would likely be done at such a watered down level as to have no impact.

Well, happy to concede being wrong on both counts. The set limit on LVRs (10%) is a much stiffer target than I and the banks expected. And the fact that it is causing at least some to struggle to meet the target suggests, yes, it was necessary.

But remove them next year

But having said that, I genuinely hope the RBNZ removes the limits early next year.

I still believe the LVR limit is unlikely to do very much, if anything, to control house prices. While there remains a perceived shortage of available housing, investors with not concerns about meeting minimum deposits will keep gobbling up available houses.

First time buyers are a huge concern because of what they might do in order to get that first home.  Removing the ability of would-be buyers to raise sufficient money for a house will not remove the desire, no, the need, to get that house. And that's when it might get scary.

How many people are going to get themselves into strife by gearing credit cards to the max, or borrowing from high-interest wielding lenders in order to get a deposit together?

There are already substantial signs of more fringe lending institutions either setting up or getting ready to set up. It will be interesting to see if our regulations, beefed up after the finance company meltdowns, are sufficient to cope with a new wave of financial intermediaries - ones that probably in most cases won't be getting their funding from the public and therefore might fall into regulatory cracks.

So, I would certainly like to see this LVR policy lifted sooner rather than later. After the banks have taken the message on board and before, perhaps, some of the more unpleasant unintended consequences take hold.

If the RBNZ has made a mistake here I think it was in expressing too much of a hope that this LVR policy might control prices. While more latterly the central bank has made clear the principal targets of this policy are the big banks and financial stability, in the earlier stages of planning there was arguably some confusion around what the real purpose was.

Unfortunately there will remain large portions of the general public that won't really take on board the true purpose of the RBNZ move and will just see it as a mean-spirited device to leave doe-eyed young people, babes in arms, looking wistfully at the outside of houses for the TV cameras.

If the LVR policy stays in place next year then it will undoubtedly become a significant election issue.

New Labour leader David Cunliffe is already in effect saying he will remove the Reserve Bank's freedom from political interference, which if he's really serious is a hell of a dangerous policy unlikely to be countenanced by any rational-thinking person.

But Cunliffe knows, as does National (let's not forget it tried to get the RBNZ to exempt first home buyers), that doe-eyed youngsters crying for the cameras are a powerful and emotive ballot-box weapon.

All the more reason then for the RBNZ to, having produced the howitzer, now put it back under the tarpaulin. Don't give the politicians ammunition.

The banks clearly didn't take the RBNZ seriously. Now, I suspect they do.

The central bank for its part knows that it has a new piece of weaponry that can make the banks sit up and take notice. And having something available that you just might use is better than using something full time.

Full marks to Graeme Wheeler and his troops. Here's hoping the unintended consequences aren't too great.

Elsewhere a few people, and that includes politicians, should take a deep breath, grab a cuppa, and have a lie down.

Let us not forget why they are doing this! Because they (RBNZ) are too afraid to put up the OCR!  They know they have blown their chances of correcting this growing global catastrophe in the making of which THEY played a fundamental role as one the US FED's lap dogs!

FHB's aren't the problem, nor were they what lead to 2008 and is still being played out here and abroad.

When the Reserve Bank removes the LVR restrictons, they had better time it right as otherwise there will be a frenzy of first home buyers rushing into get their low equity loans out of fear that further LVR loan restrictions will be imposed.

I hope house prices just remain the same while incomes play catch up.  It is the best possible outcome given our corrupt monetary system which causes demand and supply to be thrown out of balance.

This LVR limit must be working judging by the number of people who want to remove it. For long-term stability the limit should become stricter and remain in place forever.