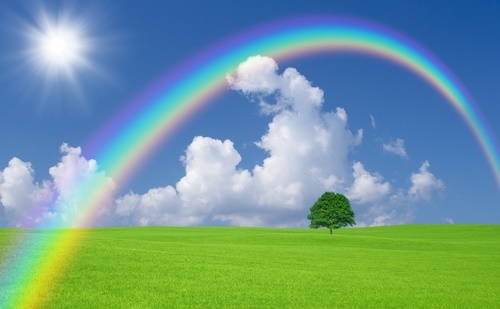 It’s always a bit tough reporting on the New Zealand Economics Association annual conference. Not because the papers are filled with opaque mathematical theory, or because speakers were less than lucid – neither of those are true, for the most part. But the conference is held under Chatham House Rules.

Under Chatham House, you can report on what you learned but not on the identity or affiliation of the speaker, or of any other participant. Since the conference programme is publicly available on the NZAE website, along with the summaries of papers presented, it is not hard for the determined speculator to guess who might have said what. Intrepid Tweeters were invited to use the #NZAE2015 hashtag, while observing Chatham rules. As the time and context of a Tweet could immediately identify the presenter for anyone who cared to check the conference programme – well, attendees were invited to be careful.

I will also try to be careful here. I drew two main lessons from the conference. First, we really have to fix-up land use policy. Council decisions around land use are contributing to poor productivity performance and are destroying real value for little gain. Second, almost all media commentary around inequality is wrong.

We heard about underperformance in New Zealand’s productivity statistics. International work shows that fixing land use policy can substantially improve productivity by making it easier for people and businesses to move to the places where they can be most productive. The general consensus in that session was that Auckland needs to get its act together and allow both densification and expansion.

Related work in another session demonstrated the waste that comes from just one of these land use policies: minimum parking requirements. The regulations requiring residential and commercial developments to provide on-site parking effectively act as a tax on productive activity and on housing in too many places.

Fortunately, district plans have started phasing out minimum parking requirements. But Councils still make it hard to change land use in neighbourhoods with ‘special character’. While it is nice having heritage buildings in your neighbourhood, the work presented showed that the benefit enjoyed by the neighbours is easily outweighed by the cost imposed on the building owners in most places. Perhaps we need a regime that taxes the neighbours of heritage properties to reimburse the owners of the heritage building for the inconvenience. If it is the neighbours of heritage properties who really benefit from them, then it only seems fair. And, we might have fewer objections to notified consents to develop under that kind of rule.

Moving on to inequality, we heard from Treasury’s Christopher Ball on the working paper they released two weeks ago. The paper shows that Gini measures of income inequality have declined a bit recently, and that inequality in consumption is now back to where it was before the reforms of the 1980s.

While media accounts would have us believe that inequality has risen inexorably since the reforms, that account is categorically wrong. Most measures of income inequality show a rise from the 1980s through the early 90s, followed by a flattening or slight decline. Ball’s work with John Creedy shows more substantial declines in Gini-measures of disposable income inequality, and in consumption inequality.

Other work presented at the conference showed why we should not put much stock in year-on-year changes in income measures of inequality. Why? Income fluctuates a lot from year to year for a lot of people. People then save in the good years to spend in the leaner times.

Beyond those broader themes, I learned a few things I hadn’t known before.

Ann Brower’s work on high country tenure review featured at the conference – as noted in the press. She shows that high country leasehold blocks that were on-sold after they were privatised for many multiples of the original purchase price. While the papers have been quick to conclude that the Crown proved very bad negotiators, only about a fifth of properties have been on-sold. In cases where the Crown proved very sharp negotiators, the owners might be reluctant to sell their properties at a loss and so do not show up in the data. It would be interesting to know whether the Crown really did so poorly, on average, across all the properties transferred through tenure review.

Another paper in the same session on agriculture could not only tell us whether infrastructure investment in irrigation projects would pass cost-benefit, but also could provide a fair method for divvying-up the costs among the farmers who would stand to benefit. There seems little need for the government to invest in irrigation infrastructure from general revenues if land use modelling can tell us which farms will benefit and how much it would be worth to each of them. The government could instead put an irrigation project up for a vote among farmers who would stand to benefit, with each farmer being told that farm’s required contribution for the project to go ahead.

Perhaps most fun, for me at least, was some work showing how fantastically expensive it is to produce new research through the Marsden Fund: the country’s main research funding source for academics. The paper was certainly not framed that way. But if a Marsden grant provides often hundreds of thousands of dollars, and produces (on average) about a 4% increase in publications, and if a researcher is generating (to be very generous) maybe fifty papers a decade, well, that’s a lot of money for one to two papers – even leaving aside the enormous burden the application and judging process places on academics. One recent Canadian paper concluded that the costs of distributing this kind of research funding were so high that the government would do better to simply give every researcher a cheque to do with as they wished. New Zealand may not be that different.

It’s a shame that the Conference has to run under Chatham Rules. Without those rules, officials presenting would not be able to tell us what they really think about the policies their Councils or Ministers are pushing. But with them, the gulf between what economists know and what the public knows doesn’t shrink by nearly enough – and policy is the worse for it.

"Income fluctuates a lot from year to year for a lot of people. People then save in the good years to spend in the leaner times." Really - sounds like statistical double speak to me. Unless some one has been lucky enough to get rid of their mortgage or other debt, saving just doesn't happen, and in the lean years this gets out of control leading to default. Places like Auckland are increasing unaffordable to live for anyone earning less than $150k, or unless you have your own home bought at least 10 -15 years ago. Even the regions are heding in the same direction, and the economic growth there is essentially negative!