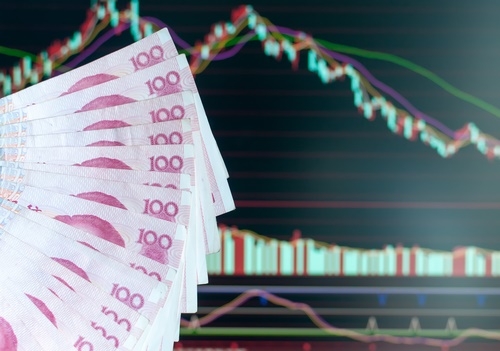 In the past couple of weeks the world’s focus on the exit of Greece from the European Union (the Grexit) has suddenly become over-shadowed by the plunge in the Chinese stock market.

It has been hard to judge if one event is more significant than the other from the outset.

But slowly, as many realise that the world’s economic growth is still heavily reliant on China’s economic performance, the Chinese stock market starts to take the limelight in media around the world.

In the last month, the Shanghai Composite Index (SHCOMP) plunged more than 30% off its top. The Shenzhen market, which has more technology companies listed on it, was down more than 40% in the same period.

The extent of dumping stocks has reached such high proportions that by July 8, close to 50% of the listed companies had halted trading.

The China Securities Regulatory Commission (CSRC) has immediately set up a market-stabilising fund of more than US$20 billion to inject life into the stock markets. Any new IPOs are all suspended for the time being (this affected about 30 companies). More support from the People’s Bank of China and Ministry of Finance were to follow.

The CSRC also banned major shareholders, corporate executives and directors from selling stakes in listed companies for six months, among other measures to stop the plunge.

On Thursday last week, upon the urgent implementation of various measures by the Chinese government, the SHCOMP surged 5.8% (its highest increase in 6 years) while the Shenzhen Component Index rose by 4.3% - a sign that investors have at least become cautiously optimistic.

Implications for the Chinese economy

As in the case with the Chinese Government’s clamping down on foreign automakers for over-charging in the Chinese market, the stock market saga also required strong government intervention.

While initial intervention did not work, the plunge finally subsided nonetheless.

It should also be noted that as many of the stocks have been suspended as prices dived, potentially there might be a bit of further selling once these suspended accounts are re-opened for trading.

Nonetheless, the next wave of selling is unlikely to be as panicky as the one in the previous two weeks.

In the grand scheme of things, the Chinese stock markets have risen by about 150% in the last year before this saga. And this exponential rise has not been grounded on any economic fundamentals.

Further, what goes up (too fast) will eventually come down.

So it’s safe to say that the 30%-40% fall might just be a case of market correction, as some investors decide to convert their paper gains into real cash. Despite the fall, there is still a net 80% gain for many of the investors in the last year.

As the bulk of the estimated 90 million investors in the Chinese stock market are domestic, the massive transactions involved can be viewed as merely a transfer of wealth as opposed to capital outflow from the country.

It was estimated that the Chinese stock markets have lost about US$3 trillion in this period. This is equivalent to more than the size of France’s entire stock market and about 60% of Japan’s.

Moreover, China has a much higher savings rate compared with many countries in the world. Savings in Chinese banks are running at a whopping US$28 trillion.

Consumption patterns in China are unlikely to be affected, as paper gains are never considered as disposable income anyway.

These various factors suggest that the Chinese economy is unlikely to be affected by what transpired in the last month in the Chinese stock markets.

The International Monetary Fund maintains its forecast of the Chinese economy to grow by 6.8% this year.

What is clear from this saga however, is the fact that the Chinese government’s push for market reforms to allow market forces to drive the economy has once again hit a stumbling block.

Ergophobia says, it won't be economics per se that undoes China; one day a anti-Mao type charismatic leader will emerge and violently rally the half a blllion wage slaves that have shifted off the land to coastal city factories (and can't go back) against the Communist Party. Revolution.

Yes it is most amusing how the Western media are experts on everyone elses economy but blind to their own.
None of the Western media saw the GFC comming but now they are all experts at China's economy and the Greek economy.
Perhaphs they should stop looking at their own economy through rose coloured glasses and take a real, good hard look.