Victoria University's Revti Raman is exploring the challenges NZ and Indian businesses faced while operating in each other's countries
27th Jul 15, 9:37am
by Guest 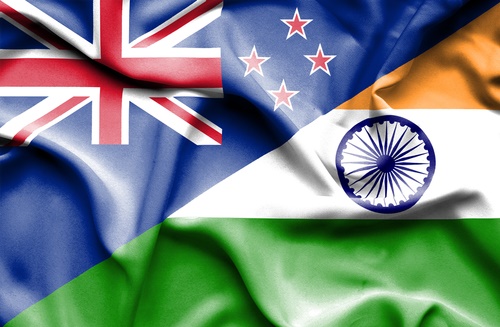 It is widely accepted that the potential growth and business opportunities lie in emerging economies, in particular Asian economies.

As China is New Zealand’s major trading partner, the country is widely discussed and understood (though still, perhaps not enough!) in New Zealand.

Another emerging Asian economy, India, lags much behind New Zealand’s major trading partners and accounts for a tiny (less than 1%) of New Zealand’s total trade.

A free trade agreement between India and New Zealand is under negotiation and once agreed will likely open opportunities for both countries. For example, since undertaking the Free Trade Agreement with China in 2008, the total exports to China have risen more than 6 times in 6 years (from $2.1 billion to more than $13 billion in 2014).

With free trade agreement under consideration with India, India’s booming middle class, the recent ‘make in India’ movement and the projections that by 2050 both China and India will hold more than quarter of global GDP; now is the time to factor India into New Zealand firms’ business strategy. India’s middle class (daily income between $10-$100) is expected to increase from 50 million (current) to 200 million in 2020 and about half billion in 2030.

The choice is not China or India, but how to leverage additional upcoming opportunities in India.

Recent developments also indicate that both China and India are intending to come closer for business opportunities. Recent visits by the Chinese President Xi Jinping to India and Indian Prime Minister Narendra Modi’s visit to China endorse the view point that the two Asian giants are more focussed towards business. There are clear signs of strengthening mutual (business) relationships as during their visits Jinping was received in Modi’s home town and vice versa. Moreover, during Modi’s China visit deals worth $22 billion were signed.

Thus, the critical question is not whether India matters or not (it matters); but ‘how does India matter?’ and ‘how to do business with India successfully?’ To explore part of the second question, I am currently running a project funded by the Governments of India and New Zealand through India New Zealand Education Council. The project explores the institutional challenges New Zealand and Indian businesses face while operating in the other country and how these should be managed.

Understanding institutional challenges that New Zealand executives can face while doing business with India is critical for many reasons. Though both the countries have similarities with respect to democratic governance, colonial background, cricket and English as a commonly used business language; they do differ dramatically in terms of strength of their formal (regulatory) and informal (cultural) institutions. A look at the ease of doing business where New Zealand ranks 2 and India 142 tells how crazy the Indian business environment could be for New Zealand executives.

Moreover, the research suggests that the business environments in emerging economies are much harsher than managers from developed countries can imagine and they are likely to stumble with these harsh realities. However, considering the potential opportunities, it is not wise to stay away and count the problems—you have to get your feet wet. Of course, there are ways for managers from the developed world to handle institutional challenges so they can face doing business in India.

Here is a caution! Despite certain similarities, not all Asian countries are alike. Yes, compared to developed Western economies an emerging Asian economies challenges are harsher than one can anticipate; formal institutions such as rules and regulations are relatively weaker; informal institutions such as culture are stronger—but each economy e.g. China and India is unique and has to be dealt with separately. As both India and New Zealand are progressing towards finalising a free trade agreement, not considering India’s strategy into your business portfolio may lead to missed opportunities.

*Revti Raman is senior lecturer in international business at Victoria University of Wellington. He is currently conducting a questionnaire survey to test a model consisting of selected mechanisms that help manage institutional challenges in India. To know more about the project or participate, please contact him at revti.raman@vuw.ac.nz