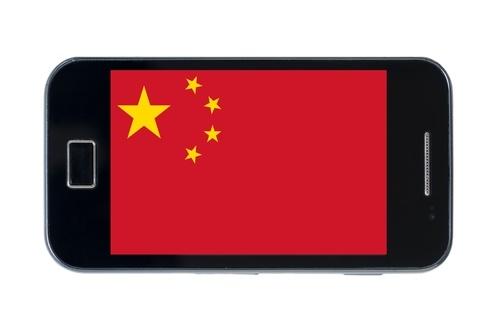 As expected, 2015 has borne witness to more developments in China and its role in the global economy than the previous year.

The debate on whether China will achieve a 7% growth rate reached somewhat of a conclusion towards the end of the year, with the announcement of 13th 5-year plan. In it, the Chinese Government stated that the growth target for the next five years will be ‘at least 6.5%’. This heralds the onset of a ‘new normal’ phase of development. We can be sure that in 2016 all eyes will be on China to see whether the slower-pace Chinese economy can maintain growth at this new level.

China’s trade volume for the first 11 months of this year is sitting at 22.08 trillion Yuan (NZ$ 5.09 trillion) - down 7.8% from the previous year. Imports in particular have dropped by 14.4%. These numbers, while expected to improve in 2016, will have foreign exporters questioning the dynamics of the competitive landscape for foreign products

At the same time, China has been shifting toward becoming more investment-oriented as opposed to being trade-driven. Numbers are looking good on this front. But uncertainties surrounding government policies toward foreign companies and the competitive environment have led to a slowdown in this area, too. The government is opening doors to encourage more foreign direct investment. It remains to be seen if the opening up of more industries will translate to greater potential for foreign players.

The One Belt One Road Initiative (in particular the ‘One Belt’ part) has become operational to some degree. Many of the 65 countries involved in this initiative are building airports, ports and railways to provide the infrastructure needed for further trade. Funding for this construction is partially provided by the Asian Infrastructure Investment Bank initiated by China earlier in the year. Its lending programme officially kicks off in 2016. Further, within China, similar infrastructural reforms are taking place to ensure that the growths are more balanced throughout the regions.

The year has also seen a good extent of urbanisation and the relaxation of the one-child policy. These measures will hopefully bring about a re-orientation of the regions and the population in the decades to come. We will also see the rise of more emerging cities in China, for example Guiyang, Xiangyang, Hengyang, Zhengzhou, and Chengdu, which was highlighted in this column a couple of weeks ago. More free trade zones and clustering will happen around the country in 2016, making it easier for foreign companies to engage in the market. The caveat is that we should not expect Chinese markets to function as market economies.

The large Chinese state-owned enterprises (SOEs) have been slow to adopt reform. In the last few months, there have been calls for consolidation of various industries and mergers of the SOEs. Clearly, the competitive landscape of the Chinese market will change in the New Year as these SOEs merge to become ever-larger entities. This means that the opening up of the market and the rise of emerging cities will be moderated by rising competition.

On the other hand, China’s e-commerce market is ballooning. Shopping on mobile phones is increasingly popular. This represents another route for foreign companies to reach out to Chinese consumers. The extent of customization and the use of appropriate language are essential factors to consider when looking to branch out onto this platform. All in all, it is not a bad strategy as many foreign companies only need a small slice of the Chinese market.

We have also witnessed an increasing number of clearing houses for the Chinese Yuan in the last year or so. The Yuan exploded onto the international scene when the currency dropped by more than 4 percent mid-2015, immediately causing the currencies of other major export economies to follow suit. This is testimony to the impact of China on the world’s economy at this time. The Yuan is to become part of the International Monetary Fund’s reserve currencies basket in October 2016. The jury is out as to how the currency will fluctuate in the next months.

Discussions around the viability of India and the ASEAN Economic Community as substitution markets for China will continue in 2016. These nations will also be involved in another major multilateral free trade agreement in the form of the Regional Comprehensive Economic Partnership (RCEP), and will no doubt be cooperating on the ‘One Road’ initiative. As a group, they are forecasted to provide a big chunk of the world’s economic growth in the next decade.

All in all, we should expect a busier 2016 on China’s economic front. Given the pace at which the country is evolving and its impact, it will be hard for us in New Zealand not to keep a close watch on these developments as they exert both a direct and indirect effect on our economy.

Sounding like a millenarian cult, Xi Jinping and his acolytes promise that the long-awaited "relatively well-off society" is in sight and the 13th five-year plan period will be a "decisive" period for attaining it. The plan contains a number of objectives to ensure that everyone is wealthy, healthy and happy by 2020. Addressing rural poverty is one of the core objectives.

and
The plan calls for more external openness in agriculture, but this means foreign trade that is controlled by Chinese entities. It calls for strengthening control of imports and exports and getting a grip on the scale and rhythm of imports and exports of agricultural commodities. The plan advocates "seizing the opportunity" of the one belt, one road strategy and fostering development of large, internationally competitive agricultural business conglomerates.

and http://dimsums.blogspot.com.au/ in general for china watchers holiday reading