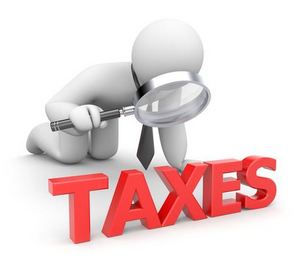 “Underwhelming” was a colleague’s reaction to the Budget and it’s hard not to disagree.

It wasn’t without surprises, this Budget’s under the radar tax increase is an old staple of Budgets around the world: increasing the tax on tobacco. Starting on 1 January next year tobacco excise duties will rise 10% for each of the next four years.  This is expected to raise $425 million in tax revenue over the next four years.

As a result, the price of a pack of cigarettes will rise from about $20 now to around $30 in 2020.   Although this is a tax increase which will meet with broad public approval, what will be interesting to observe is the effect on the black market.  At what point will the law of diminishing returns kick in as smokers seek to get their fix through less legal means?

Inland Revenue was one of the big winners from the Budget receiving an additional $857 million over the next four years to fund its tax system transformation.  As well as reducing its compliance costs by $284 million, Inland Revenue expects to raise $280 million in additional tax revenue as a result of greater compliance.   These savings will be used to provide further funding for the tax transformation programme.

Once completed, the transformation will, according to Minister of Revenue Michael Woodhouse:

For the vast majority of taxpayers, dealing with their tax affairs should be much simpler once the tax system transformation is complete.  Most individual taxpayers should be able to self-manage their affairs and I would expect the use of tax refund agents to decline.

On the other hand, I’m not so sure about whether businesses will benefit as much from the tax administration system overhaul as Inland Revenue anticipates.  So long as the human element remains then the capacity for error remains.

The other, sort of, tax measure is the changes to the Emissions Trading Scheme with the phasing out of the one-for-two subsidy under which some businesses paid one emissions unit for every two tonnes of emissions.   Starting 1 January next year the rate per unit will increase from 50% per unit to 67%, then 83% from 1 January 2018 and then the full market price from 1 January 2019.  The current price ceiling of $25 per unit will remain.

The changes in the ETS are expected to “positively impact the operating balance by further $356 million over the next four years.”  This apparently equates to a further $90 million of revenue over that period.

The changes will primarily affect the waste, transport, energy, electricity and industry sectors, and will mean increased costs for domestic consumers.  (Subsidies will remain in place for those businesses “exposed to international trade competition”).

Today’s Budget is probably the least interesting Budget from a tax perspective I’ve ever seen.  When questioned, Bill English was coy about the likelihood of future tax cuts but I suspect next year, being an election year, he will be rather more forthcoming.

An underwhelming Budget is what we need right now . Its not time for theatrics or think Big like Robert Muldoon or radical new ideas a' la Roger Douglas .

We have too many threats right now , including a global economy that has been patched up by papering over the cracks with printed money .

I , for example still have this niggling feeling about China precipitating the next Asian Financial crisis.

Staying out of debt , and keeping the purse tightly controlled is good

You're only looking at it from a spending point of view. A budget can be brave if you chose to rebalance the income vs expenses and where those things not only come from but are spent.

Progress is not made pussy footing around worrying about what the rest of world may or may not do. We need to take care of our own backyard. It's a f***ing mess economically and socially right now, and it needs dealing to right NOW.
Honestly, he's going on about some stuff in 2050! What a complete load of right plonkers!

I agree, as pure entertainment this budget was a disappointment.

I need more surprise in my life. And maybe the odd dancing animal. And a cute kitten.

36
shares
Somalia's elegant colonial villas were left in ruins by two decades of street fighting among warlords, and the seaside capital Mogadishu was dubbed the most dangerous city in the world.

But now new housing estates are being built amid an economic boom as diaspora Somalis return and newly wealthy businessmen capitalise on the relative peace in the city.

Some seven kilometres (four miles) outside Mogadishu in a formerly largely rural area, new homes are springing up, with almost 50 houses now ready on an estate, builders say.

Mohamed Abdullahi Ali, from Salaam Somali Bank, said it was a "great honour" to back the estimated $20 million (18 million euro) project.

Construction began in early 2015 and the project was touted as offering commercial returns and helping rebuild the nation.

"It is a new neighbourhood for all Somalis to buy affordable homes, by leaving the densely populated neighbourhoods of Mogadishu, and to come and stay with families here," Ali said.

"According to our plan, we are going to build 500 homes that can cover the residential needs for 500 families in the first stage, and then will construct more houses."

Tens of thousands forced to flee their homes still live in plastic and rag shelters in the capital, sometimes in the ruins of war-shattered buildings, and more than a million people are still in need of emergency aid in a country ravaged by famine in 2011, the United Nations says.

Car bombs and assassinations are still common, and a 22,000-strong African Union force fights alongside the army to protect the internationally-backed government from attacks by the Islamist Shebab insurgents.

The streets in the new estate offer a very different vision of Mogadishu.

Those returning to Somalia -- including investors wanting to start new business in the their homeland -- say the Daru Salaam estate offers them a more secure place to live.

"I came back to this city to buy a new home in Daru Salaam neighbourhood... the houses are well built," said Abdiqadar Jimale Roble, 34, who grew up in Sweden from the age of 12 after Somalia spiralled into civil war in the early 1990s.

"I have been out of Somalia for long time but I came back because everybody needs his country -- and the country is making much progress," Roble added.

"I had to take part in that progress, and everybody should have a house in his country."

For those returning with dollars earned abroad, the estate reflects the possible profits to be made even in a still dangerous country.

Sadia Sheikh Ahmed, who also grew up in Sweden after fleeing Somalia, said she had helped her relatives abroad snap up property.

"Initially we wanted to buy two houses, but now we and our relatives have bought eight homes, scheduled to be completed soon," she said.

Those are hefty sums in one of the poorest countries in the world, with a gross domestic product per capita of just $284, according to the World Bank, against a sub-Saharan Africa average of $1,300.

Development indicators are "among the lowest in the world", the World Bank says, noting the Horn of Africa nation is "heavily dependent" on aid and remittances.

Over 308,000 children are acutely malnourished, according to the UN Office for the Coordination of Humanitarian Affairs (OCHA).

"After more than two decades of violence and political instability, Somalia is on a positive trajectory," OCHA said, while warning the "promising trend" takes place amid a "precarious" humanitarian and security situation.

"Humanitarian needs remain vast and Somalia's humanitarian crisis remains among the largest and most complex in the world," OCHA added.

But the estate is symbolic of the possible changes in Mogadishu.

"The security here is very good and there have been no problems," said Fuad Ahmed Warsame, marketing director of Daru Salaam Real Estate, which is building the new neighbourhood -- meaning "house of peace."

The company is headquartered in central Mogadishu's famous Bakara Market, the city's commercial heart, once infamous as the 1993 battle when fighters shot down two American Black Hawk helicopters. The bullet scars there have long been covered up with business booming.

"Our plan is to build a new neighbourhood with a good environment, new designs," added Warsame.

Smokers on average cost the government a lot less than healthy people, lung cancer and your gone in 6 months, eat fruit and veg (and own no naughty investment properties) and you will live to 90, hence costing new zealand a shed load more

It's one of the quickest and cost effective ways to go of the chronic diseases.