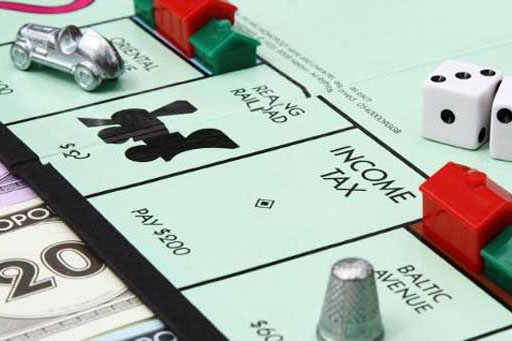 2016 was the year tax authorities and other agencies around the world decided multinationals’ international tax planning was, as John Key remarked to Facebook’s Mark Zuckerberg, “not a good look”.

Beginning with the reaction to the Panama Paper revelations, through to the European Commission ruling that Apple pay the Irish Government €13 billion in unpaid taxes, multinationals’ tax planning was put under pressure.

What was interesting about the Panama Papers was the visceral public reaction. Despite protestations to the contrary from the Prime Minister and Minister of Revenue there was widespread public unease about New Zealand’s involvement.  It was a clear sign the public were growing intolerant of “unfair” and aggressive tax planning.

So far, the Panama Papers have not revealed any evidence of any direct tax avoidance by New Zealand tax residents.  This is probably as it should be since the foreign trust regime was intended to make it very difficult for New Zealand residents to avoid tax through the use of offshore structures.

Hybrid mismatches play a large role in international tax planning.  They exploit the differences between countries in the tax treatment of cross border transactions involving hybrid entities such as limited partnerships or look-through companies. A hybrid mismatch transaction can, for example, create two deductions for one borrowing or create a deduction in one country without corresponding income arising in another country.  The BEPS proposals are intended to eliminate such “double non-taxation”.

The discussion document noted the tax revenue loss caused by the use of hybrids was difficult to estimate but was “significant in the cases that the Government is aware of.” For example, the Alesco case involved approximately $300 million of tax across several years.  The discussion document estimated $80 million in tax revenue was lost each year from known hybrid structures.

The discussion document also contained a hidden bombshell for foreign trusts with a suggestion that foreign trusts were effectively hybrids.  On this basis, New Zealand should therefore tax a foreign trust’s non-New Zealand sourced income.   Unsurprisingly this suggestion has been heavily criticised, partly on the grounds that it is based on an incorrect interpretation of trust law.  The proposal would also overturn one of the conclusions of the Shewan report that the principle of not taxing foreign-sourced income derived by non-residents was “consistent with the coherent set of core principles that underpin New Zealand tax policy”.

The discussion document’s foreign trust proposals seem to be more a passing afterthought than fully developed policy.  However, they probably reflect political unease in the wake of the Panama Papers.  As a result, they could still become law, a move which would undoubtedly hurt New Zealand’s foreign trust industry.

Aside from hybrid mismatch arrangements, another threat to the tax base is the practice of the likes of Facebook, Google and Uber to use a model based on the theory that they have no taxable presence in New Zealand (or “permanent establishment”). The real economic activity is carried on outside New Zealand. Under this model the local subsidiaries of Facebook, Google and Uber simply provide marketing support in exchange for a fee paid by a related company.  Meantime the fees paid by advertisers on Facebook and Google, or fares by Uber users are paid elsewhere, usually via The Netherlands.

MasterCard and Visa appear to have adopted a similar model with Singapore acting as the hub. Singapore’s 17% corporation tax rate makes it attractive as a base for multinationals.  Singapore's Economic Development Board is also willing to negotiate tax holidays as it did with both companies and reducing their effective tax rate to under 5%.  Fortunately for MasterCard and Visa there is no Asian equivalent of the European Commission to rule against these arrangements.

The paper raises the option of following Australia and the United Kingdom and introducing a Diverted Profits Tax (DPT).  A DPT is levied at a penal rate compared with income tax and has greatly enhanced assessment and collection powers.  (For example, Australia’s proposed DPT would have a rate of 40% compared with the regular corporate tax rate of 30%).  The aim of a DPT is not to raise revenue but “incentivise multinationals to pay the correct amount of income tax under the normal rules”.

The paper rejects introducing a DPT partly out of fear of possible retaliation by other countries.  Instead it suggests combining “certain features of a DPT” with other BEPS measures, giving Inland Revenue additional powers to obtain information and shifting the burden of proof from Inland Revenue to multinationals.  Overall the measures are intended to prevent multinationals arguing they have no permanent establishment in New Zealand.  However, the paper notes the proposals

Does that mean the likes of Apple, Facebook, Google, MasterCard, Uber and Visa may still be outside the New Zealand tax net?  Possibly, and we won’t know until the full details of the proposals are released early next year.  Whatever, it will be another step in what will be an ongoing struggle between the tax planners and Inland Revenue.

This is my final column for the year. I'd like to thank David Chaston and Gareth Vaughan for continuing to let me ramble on about tax throughout the year. A big thank you also to the many readers who commented on or emailed me about an article. I trust you all had a very Merry Christmas and best wishes for a Happy New Year.

No point mucking around with the multinationals. We just have to get very hard nosed. What about a 15% tax on every -every - bit of cash that flows out over the border. So yes it would apply to that $3.99 I just sent to Mr Kindle, and to the big amounts for my travel. But it would catch everything. I would be happy enough to pay those if we got the corresponding income tax deduction.
Who cares if other companies get grumpy. Probably just means they were in collusion with the multinationals.

Singapore’s 17% corporation tax rate means they are more competitive than we are and attract business. Our corporate tax rate is 28%. The message is "Bugger off, we don't want you or your jobs".

If we had a 15% corporation tax rate we would attract well paid jobs (and therefore tax revenue from income tax, corporation tax and GST). The businesses that are based in New Zealand are our customers, both individually and collectively.

Instead we continue to sell the country to a fresh plane load of buyers and encourage low wage jobs changeing sheets and serving table.

What jobs? These companies have no "permanent establishment" in NZ.

how do you beat a company like AGCO?
https://en.wikipedia.org/wiki/AGCO

Germany has lost the plot by going too far, however, as they have bankrupted their smaller customers with what are effectively hire purchase arrangements. They run a globally destabilising current account surplus. They make so much profit their manufacturers cannot use it all, so they lend it out via their banks to foreign governments such as Greece. Hence the bailout of German banks by loaning more money to Greece so Greece can repay their previous loans from German banks.

It's simple stuff once you think about it the right way.

The idea is that there are a number of portable jobs with multinational companies than can be done in any stable country with a well educated and preferably English speaking workforce. Singapore and Ireland have both aggressively targeted them as customers. It is called Sales, you identify a list of target customers for your product and then you figure out how to attract them to buy your product.

So, Google like Ireland because it has low tax, speaks English, is stable and well educated. The Irish identified this and promoted themselves. Thus Google have offices in Ireland and Ireland run a current account surplus, they are an exporting nation.

We, however, promote Tourism, which is better than unemployment, but not much. We are an importing nation as we run a current account deficit. So, instead of selling goods and services the world needs, we need to import people and their money. It is the root of our economic/political/housing dysfunction.

This is the issue that New Zealand has been failing at since 1973. It is why all those bitter reforms along the way have been forced on us. We will continue to get relatively poorer as we continue down this path. Both political parties and the bureaucratic class subscribe to a bunch of failed ideas.

One way to figure out an engineering solution is to try inverting things and see what happens. So if your business sector is chronically weak, why not try strengthening it by allowing it to keep more of its profits provided they are left in the business. A lower company tax rate does just that.

So Singapore is poorer for having them in Singapore? Or better off?