How EQC has avoided being stung by rising land values; Cameron Preston has the back story to the legal action IAG and Tower have launched against EQC

How EQC has avoided being stung by rising land values; Cameron Preston has the back story to the legal action IAG and Tower have launched against EQC 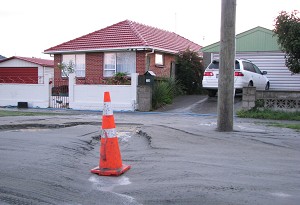 In 1956 EQC introduced ‘landslip damage’ as a form of statutory insurance cover provided to all insured New Zealanders.

A massive landslip in Abbotsford Dunedin in 1979 lead Parliament to broaden this cover to ‘land damage’ in 1984.

Basically the cover provides for EQC to pay for land repairs on insured land up to its statutory ‘land cap’. It’s similar to EQC’s more commonly known ‘building cap’, however instead of being fixed at $100k + GST, the ‘land cap’ is the market value of a minimum allowable land plot under your local district plan.

Land prices have gone crazy in the decades since 1984 and by 2008 EQC had alerted its Minister that there was a significant problem developing with its land cover.

In fact by 2008 the Earthquake Commission should have been rightly named the “Land Commission”, from 1993 until 2008 it had paid out a total of $124mln in land damage claims, as opposed to just $73mln for earthquakes claims.

Complicating things further the ‘land cap’ was based on market value, therefore there was perceived inequality in the amount EQC would pay to fix land, dependent on where you lived.

Predictably the politicians put EQC’s concerns to the bottom of the priority pile, but this came back to haunt them when the first Canterbury Earthquake struck in late 2010.

EQC’s first response to land damage was to follow its legislation. This resulted in expensive but lawful $560k payments to landowners in affluent areas with land damage.

But after the February 22nd aftershock the problem became bigger and more expensive, so the statutory EQC response went out the window.

EQC statutory land caps turned out to be higher than the rateable land values in most areas of Eastern Christchurch and Kaiapoi, so the Crown took matters into its own hands and immediately Red Zoned them instead.

This had the effect of simultaneously: cauterising the land damage costs for EQC; allowing the Crown to acquire the land titles for possible future use; and letting most property owners move with their lives quickly.

This was not the first time the Crown had worked around EQC’s legislation, and while Red Zoning  was, legally questionable, it was a quick, fiscally prudent move by the Crown, and private insurers (and their reinsurers) piggy backed on the move.

In the ensuing years EQC has used an army of highly paid geotech engineers, university professors and lawyers to whittle down the remaining 28,000 non-Red Zoned land plots to just over 10,000 plots that now ‘qualify’ as damaged.

This drawn-out qualification process has become so ridiculous that EQC experts have ended up calculating that some red zone landowners actually do not have any land damage after all, and were only entitled to tiny $1,000 payments.

Then, once the pool of qualifying landowners was sufficiently small enough to push around even further, EQC went to the High Court in late 2014 to argue that instead of its statutory response of paying to repair the damaged land or paying the land cap, it wanted to invent a new cheaper settlement method, named ‘diminution of value’ (DoV) or put more simply - loss of land value - instead of paying actual land repair costs.

However this week the land issue bubbled into full public view, if you excuse the pun.

EQC had miscalculated that private insurers had been settling their building claims with their claimants on the basis of building and land repair costs, with the expectation that EQC would reimburse the insurer directly for the full land repair components.

But when EQC began processing the land claims in June last year insurers received two surprises: 1) EQC had whittled down their qualifying properties down to next to none; and 2) they were using the invented DoV to settle the few that did qualify.

Then this week Tower and IAG announced they were separately taking EQC to the High Court to gain ‘clarity’ on these two land issues.

So while this conflict will undoubtedly cause delays in the EQC Act review, aimed at solving this very issue, it is a dangerous fight for EQC to take on, given their less than impressive efforts in trying to interpret its own legislation to date.

The expenditure from the Crown in the Red Zone was $1.5bln alone for only 7,000 properties, so it is not hard to imagine that this dispute could blow up in EQC’s face and cost many hundreds of millions.

Whether the private insurers or EQC will win this latest round is unknown. But what is certain is that any pretence of the insurance industry working together or working with claimants in ‘good faith’ is a fair weather ideal.

I predict that an old fashioned game of brinkmanship is underway over land claims right now, with the stakes so high, that it is unlikely to reach any public declaration.

However if it does, it will have ramifications for anyone with land that has, or could, suffer land damage by earthquake or flooding.

*Cameron Preston is a Christchurch accountant with an unsettled claim for ILV land damage.

The insurers will win this one, just like when they first bent the government over a barrel.
EQC and their Minister are proven incompetants, so it should not be difficult for a legal team to line them up, and knock them down.
A more interesting question is what money will eventually make its way back to claimants.

The Government could have bought farmland at rural prices and rezoned it residential -say just outside of Yaldhurst or Hallswell on geologically stable land. Then offered these new sections to red zoners in exchanged for their earthquake damaged land.

Red-zoners on a street corner meeting asked Earthquake recovery Minister Gerry Brownlee for that in a Close Up interview - unfortunately my web link to that interview has degraded. But this was a known/called for option back in 2011.

The advantages would have been.
1. Cheaper for the government -raw land costs are only a few thousand dollars per section (expensive rural land $50,000 hectare -12 houses per hectare -do the maths). The costs for creating a sub-division -roads, paths, 3 waters etc is about $80,000 to $100,000. So total cost about $100,000 per relocated red-zoner -considerably cheaper than what the government paid out in cash -when they offered GV.
2. This option would have been a win for red zoners -as although they could receive a higher cash payout based on GV -this money was not enough to buy a similar sized section in Christchurch. Many of them ended up sprawling out to distant satellite towns of Canterbury. My neighbours in Amberley for instance rebuilt 45km from the redzoned house in Avonside.
3. It would have kept communities together.
4. The new suburbs could have planned from the start with a integrated transport system -including public transport. Thus minimising the effect of congestion and slower transport times the post earthquake dispersal caused to Greater Christchurch's transport system.
5. This sort of government backed city expansion scheme would have stabalised the property market much quicker -compared with cash grants given to thousands of red-zoners in an already constrained/inflating property market -which Christchurch was from 2011 to at least 2015.

What someone does is often more revealing than what they say......

Unfortunately I think you are right Cameron in that this is brinkmanship. EQC has everything to lose, insurers nothing, so I suggest a private undisclosed deal to be done. Hopefully we will see it in the insurers accounts.

This EQC debarcle has demonstrated clearly that there are NZers happy to parasitise NZers suffering from a natural disaster. The government EQC act was there to help claimants, paid for by claimants, but it was distorted to do over claimants. This is a disgrace that I think will stick in the psyche of many in NZ for decades to come. As more info keeps coming out, many done over will start to realise this is fact for them too.

This shows govt does not belong in any business, they must regulate only. They cannot be the business owner, and the regulator.

This looks very bad when compared with the recent story on citizenship for US tech billionaire, Peter Thiel and the $560,000 payments to landowners in affluent areas in 2010 mentioned in the article: "He has filled the rich with good things; and sent away the hungry empty-handed". As Finance Minister, Bill English was responsible for EQC from 2008 on and chose to ignore a recommendation to increase the $100,000 EQC cap. Treasury benefited handsomely from the systematic reduction in EQC payouts. If it is true that red zoning was partially based on whether the EQC cap value would be higher than the payment for RV, it explains much of the mess that is now being seen in Christchurch east, where no land remediation has taken place.