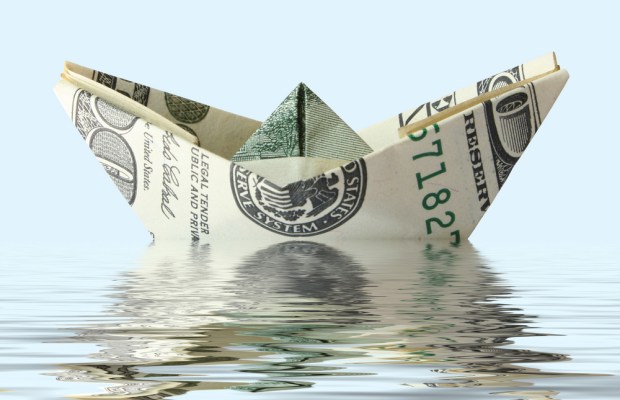 Are you confident your insurer has enough money to pay you out if you make a claim - especially if you’re lodging it at the same time as a bunch of other people?

This is the question at the heart of insurance right? It’s all about pricing risk and hedging against it.

With the bill to the taxpayer of the AMI bailout sitting at around $1.25 billion, Tower earlier in the year taking out a bank loan as it came within $5 million of breaching the solvency requirements of its licence, and the Reserve Bank (RBNZ) in its latest Financial Stability Report noting insurers’ solvency margins have “stabilised at lower levels”, the need for consumers to be confident their insurers will pay out when they need them to is very real.

You'd think it would therefore be safe to assume solvency figures and financial strength ratings are among the most fundamental pieces of information insurers need to ensure their customers and shareholders understand.

But no, this appears to be too much of an ask.

The RBNZ, in its Insurer Disclosures Thematic Review, has found a number of insurers have wrongly reported their solvency levels.

Twelve of the 36 life and general insurers it assessed between February and June had compliance issues when it came to disclosing solvency in their financial statements, while seven had issues disclosing this on their websites.

Some overseas insurers can disclose their solvency in line with the requirements of their home jurisdictions.

The RBNZ admits the requirements are “relatively straight forward”.

Yet several of the insurers in its review failed to include all of the solvency compartments in their financial statements. Some also used different terminology or included additional figures to their calculations, making them confusing.

The RBNZ says overseas insurers were particularly non-compliant, with some not even making it clear in their financial statements whether they were using New Zealand dollars.

The RBNZ also looked at the disclosure of financial strength ratings; with this, the agency and scale needing to be presented in writing before policyholders buy or renew an insurance policy.

Yet 22 of the 36 insurers reviewed didn’t make these disclosures at these points.

Twelve didn’t disclose their ratings as prominently as required, tucking them away in fine print or at the end of lengthy documents for example.

“The disclosure requirements for many appeared to be viewed as a compliance exercise rather than giving it profile and providing this important information for policyholders to assist in their buying decisions,” the RBNZ says.

“The overall level of noncompliance was found to be well short of the minimum requirements.”

More than half the insurers in the RBNZ’s review met their financial strength and solvency disclosure obligations to a “low” or “poor” level.

Dubbing the level of compliance, “generally disappointing” and needing to “markedly improve”, the RBNZ’s language doesn’t get much harsher than this.

The CEO of the Insurance Council of New Zealand, which represents general insurers, accepts the RBNZ’s message that “insurers must do a lot better”.

Yet Tim Grafton believes the report highlights the need for brokers to also be required under the law to provide policyholders with the likes of financial strength information that the underwriter provides them.

“About half of New Zealand’s premium is brokered, but brokers carry no liability for non-compliance. It rests solely with the underwriter. It can be very difficult for underwriters who have no contact with the insured, to enforce compliance,” Grafton says.

“So if the intent is to make sure the insured is informed about solvency and financial strength ratings, then the IPSA could potentially be amended to cast a wider net to [include brokers].”

The RBNZ’s review found “a number of examples of disclosures not made by the intermediary before entering or renewing a contract”. But it confirms: “It is the licensed insurer’s responsibility to ensure disclosure is made.”

AMP’s managing director, Blair Vernon, has responded to the report highlighting another point. He says: “Some of the weaknesses perhaps are in legacy communications, whereas for most insurers their ratings are pretty easy to find online…

“I think it’s the first stake in the ground from [the RBNZ]… So they’re looking for the industry to step up and do a better job. My sense is the industry collectively will do that pretty fast.”

Is the RBNZ being too soft?

The elephant in the room is that the RBNZ knows insurers are falling miles short of their disclosure requirements, but it doesn’t appear to be prepared to crack down a whole lot harder on them.

The regulator has asked the insurers it has rated badly to report back on how they’ve made improvements. It’s also committed to doing more assessments of insurers’ compliance with disclosure obligations.

Yet it does not make mention in its review of it fining insurers, despite compliance breaches being an offence under the ISPA and carrying a fine of up to $500,000, according to MinterEllisonRuddWatts.

The RBNZ is however considering whether to require insurers to up their levels of disclosure in line with that of banks, as it reviews the ISPA.

In the issues paper it released on the review in April, it acknowledged the amount of information insurers are required to disclose “may fall somewhat short of international standards”.

“The insurance framework’s disclosure requirements are focused on financial matters such as financial strength ratings, solvency margin components and ratios,” it said.

“There may be a number of other areas that could be of concern to current and prospective policyholders, other potential creditors and investors, that are not currently required to be disclosed or are not consistently disclosed across the sector.”

Yet when interest.co.nz spoke to the RBNZ’s head of prudential supervision, Toby Fiennes, in May, he said he wasn’t keen to see the regulator become as “intrusive” as regulators in other countries.

He was comfortable with the fact some of the recommendations the International Monetary Fund made after its latest review of our financial system aren’t even up for consideration in the IPSA review.

“We run a different model in New Zealand. A model that’s relatively low cost,” he said.

Fiennes noted the RBNZ wasn’t going to start doing on-site visits like regulators in the likes of Australia do, as “it can take away from responsibly of management and directors to do their own due diligence”.

“Our role is to prod in the right areas and make sure management are on top of what they need to be on top of, rather than doing that job for them.”

I am not sure how helpful on-site visits are, but I do question whether the abysmal level of compliance when it comes to disclosure indicates the RBNZ needs to take a more heavy-handed approach in its regulation of insurers.

The industry has proven it won’t always act in the best interests of consumers when it is left to its own devices.

“We run a different model in New Zealand. A model that’s relatively low cost,” he said.

Fiennes noted the RBNZ wasn’t going to start doing on-site visits like regulators in the likes of Australia do, as “it can take away from responsibly of management and directors to do their own due diligence”.

“Our role is to prod in the right areas and make sure management are on top of what they need to be on top of, rather than doing that job for them.”

Cripes, even the ECB doesn't follow it's own rules. Why would anybody expect private companies owned by grasping shareholders to do so without direct regulatory pressure, exercised with authority?

Insurers like Banks need to be trusted and the quakes and recent Tower situation shows trust has diminished in insurers. Disclosure of the Insurers financial position in sufficient detail and in straightforward terms overseen by the regulator is an absolute requirement for the insured to assess the risk in using an insurer. The same transparency is also a requirement in claims settlement were the industry generally has been shown to be somewhat incompetent at best. Same comments apply to Banks.

A more detailed disclosure regime would not have protected policyholders any better in CHCH. The NZ subsidiaries of the big Aussie and European Insurers would have declared similar solvency positions to the smaller local insurers but would have gone the same way as AMI without their deep pocketed parents.

Providing claims settlement data that is useful to proposers is difficult. Basic stuff such as claim cycle time, dispute volume etc provide part of the picture but it's still going to be hard for the average punter to figure out an insurers claims settlement culture.

It's easy to bag insurers on the back of the CHCH experience and there are plenty of examples where they fell short. But if one looks at overseas large scale disaster and factors in the intense and unique complexity of CHCH, the 'general incompetence' label doesn't stand up. Unless you have some relevant studies of comparable events that you have used as a benchmark in alleging serious underperformance? If so I'd be happy to revisit my position.

Here's a good benchmark for comparison;