The Government is being criticised for sticking to its promise to reduce net core Crown debt to 20% of GDP by 2022 – but this commitment does not mean it won’t keep taking on debt, Jason Walls says

The Government is being criticised for sticking to its promise to reduce net core Crown debt to 20% of GDP by 2022 – but this commitment does not mean it won’t keep taking on debt, Jason Walls says 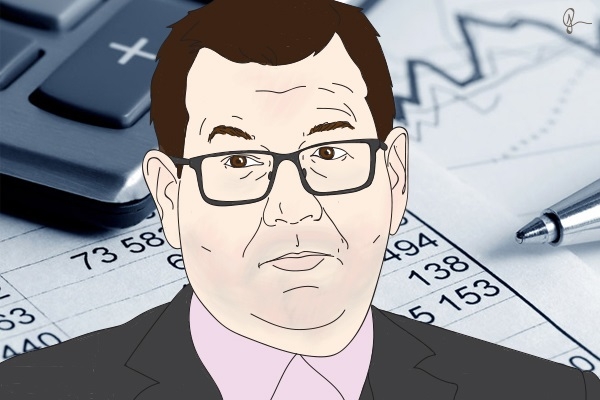 “There are a couple of different ways to skin that cat,” Prime Minister Jacinda Ardern told me on Monday, after my umpteenth question about the Government’s debt commitments.

She, and her Finance Minister Grant Robertson, may well be getting sick of constantly defending the Government’s Budget responsibility rules.

The criticism has got to a point where Robertson has been forced to devote sizeable parts of his economic scene-setter speeches to doubling down on the commitments.

At his pre-Budget speech to businesspeople in Auckland on Tuesday, he emphasised the importance of having a buffer in the event of an economic shock.

He was singing a similar tune when speaking to the Otago Chamber of Commerce last month, when he said he makes “no apologies” for sticking to the rules.

Meanwhile, senior Government Ministers have been following the Prime Minister’s lead of dampening Budget expectations – accusing National of leaving the books in a dire state.

The question critics have been asking is how can the Government commit to not borrowing money to cover the costs of the infrastructure deficit it inherited, especially at a time when taking on debt is so cheap?

The answer is it can, and it is – “there are a couple of different ways to skin that cat.”

The Government will take on more debt

Reducing debt to 20% of GDP in five years does not mean the Government won’t take on more debt.

Ardern says if GDP is increased while the Government is paying down debt, “we will have an extra buffer.”

According to Robertson: “in the course of this term, obviously we will be borrowing significant amounts of money to do the things we want to do.”

Compare that with the Treasury’s forecast that average economic growth over the next five years will be just under 3% a year and it becomes clear the Government has room to borrow billions more without straying from its debt commitments.

The actual dollar amount of debt is increasing while debt as a percentage of GDP is falling, which the Government is fine with.

Both Moody’s and S&P account for sovereign debt to GDP in their credit ratings, so as long as the economy is growing strongly Robertson is in the clear even if the dollar amount of debt has risen.

Robertson says the Government has always planned for this.

“Debt, by its nature, can be lumpy in terms of how much you need to borrow at any given moment and what the repayments might be.

“We have never shied away from the fact that the reason we have slowed the debt track down is to enable us to invest more in infrastructure and housing and the services we need.”

But how much more debt the Government can take on depends on how much the economy grows by.

Treasury’s forecasts have been called optimistic by some economists and its estimates are higher than most other forecasting agencies in New Zealand.

But Robertson says he remains confident in Treasury’s forecasts.

“I think Treasury’s long-term record is pretty good when it comes to forecasting. There clearly will always be different views.”

Call me crazy but I believe they should be paying in down in absolute terms. We are at peak baby boomer, we need to settle our debts before the population pressures on health and nz super really start to mount.

Why pay it back at all?

If the debt collectors do come a knockin' what exactly are they going to do.

We have cunningly sold all our major assets to overseas interests.
Polluted and destroyed much of our Land and water.
Have little mineral resources.
Are of little strategic geographical importance

Smart move is Zero out taxes and borrow for ever.

Did you see what happened to Argentina when they tried that strategy?

The whole world is using this strategy.
Look at the amount of Global Debt. It goes up every day.
It is never getting paid back.

No but we could let that start a war & then lose it and get ourselves a Marshall Plan. Dig out the old Sellars movie “The Mouse That Roared,” the plot would work a treat.

Tom Clancy's "Debt of Honour" is another option - an all encompassing do-over.

Few quick points:
1. NZ has its debt in NZ dollars. Argentina, Greece etc did not. Hence the latter can default. We can't - unless we stupidly chose to. Neither can the UK, US, Japan, Australia......Shorting JGBs anyone???? Didn't think so.
2. Paying down the public debt today will do nothing for our children. We can't just refrain from consuming today and send the goods and services produced today to our children in the future. We haven't cracked time travel I am afraid. Paying down all the public debt today means contracting the economy and shrinking demand . That creates unemployment, a poor investment environment and that in turn means little productivity growth because of little prospect of increased sales. In order to produce more with less labour in the future we need investment and productivity growth now - which won't occur without demand. The best thing we can do for our children is get the economy going with some prudent fiscal expansion and investments in education, health and infrastructure to make us more productive and stimulate private investment in automation by creating the demand that supports it. It's not going to come from anywhere else. You can save bits of paper now - but they will be useless in the future if there's nothing to buy. It's the real economy that counts. The government can always pay superannuation. It's not a financial issue.http://heteconomist.com/saving-as-a-burden-on-future-generations/

Just out of interest (because I haven't checked the figures for a while) wasn't this what National did?

Reducing debt to 20% of GDP in five years does not mean the Government won’t take on more debt.

Ardern says if GDP is increased while the Government is paying down debt, “we will have an extra buffer.”

Unfortunately, most of the way that GDP has been grown has been nominal...just import more people. Won't be that great for young Kiwis if it continues to be more of the same.

Using lots of spin and falsehoods they will borrow plenty and put taxes up to cover. When you call fuel levies etc not new taxes it is easy to do
At some point rates must rise and then the downturn prophesy of Winston will happen