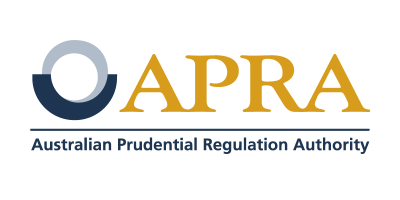 The Government is currently undertaking a review of the Reserve Bank. That review is wide-ranging. It includes consideration of the governance arrangements for the Reserve Bank, the banking supervision arrangements and the framework for the protection of bank deposits.

The review has also opened up a more fundamental question: Should the Reserve Bank continue to be the prudential regulator of banks, insurers, non-bank deposit-takers (NBDTs) and payment system operators, or should this role pass to a new regulatory body?

The separation of the financial regulation function from the central bank has much precedent internationally. Indeed, it is the norm in much of the OECD. In many countries (e.g. Australia, Canada, France, Germany, Japan, South Korea, Sweden and Switzerland) the prudential supervision authority is completely separate from the central bank, often having been moved out of the central bank following a comprehensive review of regulatory institutional arrangements.

New Zealand’s financial regulatory architecture has evolved in a piecemeal and muddled way. Changes have been made here and there in an ad hoc manner to respond to the pressures of the moment. Unlike most countries in the OECD, which have had periodic fundamental reviews of regulatory architecture in a considered and methodical manner, New Zealand has never done this.

It is worrying that, despite the failure of DFC in 1989, the virtual failure and government-funded rescue of BNZ in 1990, the failure of more than 50 finance companies in the period 2007 to 2011, and the failure of insurers, there has been no government enquiry into the adequacy of the Reserve Bank’s performance as prudential supervision authority, and no wider enquiry into financial system regulatory architecture. In contrast, Australia has had numerous such enquiries which have led to constructive and fundamental changes to the financial regulatory architecture in Australia.

More recent events in New Zealand also raise the fundamental question as to why there is not a substantial questioning of the competency and suitability of the Reserve Bank as prudential regulator. Several examples raise serious questions about whether the Reserve Bank is the appropriate agency to be the country’s prudential regulator. These include:

I could go on. But you get the drift. The above examples paint a picture that is clear to see – of a central bank that fails in significant ways to perform the responsibilities of a professional, effective financial regulator. To make matters worse, the Reserve Bank governor portrays the Bank as a deity – the ‘god’ of the ‘financial forest’, none other than Tane Mahuta. He has spent more time publicly touting the Tane Mahuta metaphor than he has in explaining in a professional way the Reserve Bank’s role as financial regulator and accounting for its performance. At times, it feels a little like watching a Monty Python movie. New Zealand deserves better than this.

It is noteworthy that the only review ever undertaken of the Reserve Bank’s prudential supervisory regime since its inception in 1986 was the internal review conducted by the Reserve Bank itself in the early 1990s. That review was poorly structured, inadequately resourced and self-serving. It involved no external parties. Treasury had little, if any, input. The Reserve Bank Board played no substantive role in the review. It was largely driven by those in the Reserve Bank who had a philosophical bias against prudential regulation but fundamentally lacked any substantive understanding of the issues. The analysis in the review was superficial, ill-informed and driven far too much by half-baked ideology.

The review led to a hollowing out of the supervisory function, rendering the Reserve Bank even less effective as a supervisory authority than it had been in the preceding years. It brought about some constructive changes, such as the bank disclosure regime and director attestation framework, which were beneficial and sensible reforms, but left the Reserve Bank ill-equipped to identify and proactively respond to emerging stress in the banking system, and hopelessly under-resourced to deal with a banking crisis should one occur.

The review led, for some time, to the absurd outcome that the Reserve Bank supervision function should be based only on information that is publicly available and not privately accessed by the Bank. No other supervisor in the world operates on that basis - for good reason.

Sensibly, this naïve approach was progressively abandoned in later years and supervisory resources have been substantially increased.  Nonetheless, many remnants of that mindset continue to this day and continue to undermine the effectiveness of prudential regulation. The Reserve Bank’s ideological and cultural DNA is simply incompatible with what is needed to perform the role of a financial regulator with the professionalism that is needed.

Reflecting this, the Reserve Bank continues to eschew any form of on-site assessment of banks or insurers. It has little in-depth understanding of bank and insurance risk management frameworks or a reliable ongoing means of verifying financial institutions’ financial position, including as to asset quality, the adequacy of loan loss provisioning and capital adequacy. By international standards, the Reserve Bank’s approach to bank and insurance supervision is lamentably under-developed. Indeed, drawing on my considerable experience in evaluating countries’ financial systems for the IMF and World Bank, I am confident in saying that many prudential regulators in emerging economies (i.e. those with around half of New Zealand’s per capita GDP) have considerably superior financial regulatory and supervisory authorities than the Reserve Bank. Using a cricket analogy, the Reserve Bank is about as much use as a financial regulator as is a cricket umpire who is nearly blind and who understands little about the game.

Of these options, I favour the third one – the creation of a new government agency, a Prudential Regulation Authority, that is completely separate from the Reserve Bank. This is the Australian and Canadian model, and one that is prevalent in many countries in the OECD. In my assessment, there are several persuasive reasons for separating the prudential regulatory and supervisory function from the Reserve Bank:

Taking into account these factors, among others, a strong case can be argued for separation of the prudential regulatory and supervisory functions from the Reserve Bank, as has been done in so many other countries.

If one looks at our near neighbour – Australia - the separation of supervision from the Reserve Bank Australia (RBA) had no deleterious effect on the effectiveness bank regulation and supervision.  If anything, it enhanced it by enabling APRA to focus on its key functions without the distraction of the other functions of the RBA. To the extent that central bank insights have a useful role to play in informing prudential supervision, they can be harnessed efficiently and effectively through well-structured coordination between the supervision authority and the central bank, as happens regularly in Australia through the Council of Financial Regulators and bilaterally between APRA and the RBA.

I believe that New Zealand would be best served by a fundamental change to financial regulatory architecture, with the establishment of a new regulatory agency completely separate from the Reserve Bank. This new agency would have its own Act of Parliament, with a clearly specified mandate focused on financial stability and the protection of depositors and policyholders. It would be subject to robust governance, transparency and accountability. And, refreshingly, the new agency would be a mere mortal – not a tree god or indeed any kind of god. Let’s leave Tane Mahuta in the forest, where he belongs. He has no place on The Terrace in Wellington.

*Geof Mortlock, of Mortlock Consultants Limited, is an international financial consultant who undertakes extensive assignments for the International Monetary Fund, World Bank and other organisations globally, dealing with a wide range of financial sector policy issues. He formerly worked at senior levels in the Australian Prudential Regulation Authority and Reserve Bank of New Zealand.

Two things. One We have a raft of rule makers in New Zealand from local bodies on up. Endless paperwork around compliance. Lots of rules but poor enforcement. So the good operators get caught up with endless compliance, and if you are dodgy the rulemakers don't know what to do about it. Lots of shadow boxing and advocacy is a far as it usually goes.
Two. The article above falls into the usual New Zealand solution of restructuring who does what. But if we have poor performance, it will continue with a new structure. Best keep the structure, and improve performance.

Congratulations, Geoff, on a thorough analysis and compelling argument. It’s a bit weightier than this forum can deal with, so I hope this finds its way to the right places. Tane Mahuta May not be happy.

Nice article... and I particularly liked the call out re the communication with APRA.

If Grant Robertson was going to ask anything he should be asking to what degree the RBNZ has liaised with APRA on the proposed capital structure. Sure, there will always be a bias in their roles, but having clearly defined responsibilities around the 'home' regulator vs the 'host' regulator is vital, especially when 85% of your banking sector is owned offshore.

There are a couple of recent quotes from APRA Chairman that the RBNZ should heed (and Robertson should note):

"The supervisor’s job must be undertaken with sufficient depth and persistence to make sure that banks fully embrace, rather than just grudgingly accept, a new way of doing business"

The RBNZ's somewhat aloof attitude to their role suggesting actual monitoring is too hard so we will just raise the capital requirement seems to be more or a dereliciton of duty than sound policy direction.... and notably completely the opposite direction to APRA.