SBS Bank makes a small trim to its key mortgage rate offers, taking two of them down to market-leading levels. However, the whole home loan market is awaiting an RBNZ rate cut and assessing the impact of sharp swap rate drops

Personal Finance
SBS Bank makes a small trim to its key mortgage rate offers, taking two of them down to market-leading levels. However, the whole home loan market is awaiting an RBNZ rate cut and assessing the impact of sharp swap rate drops 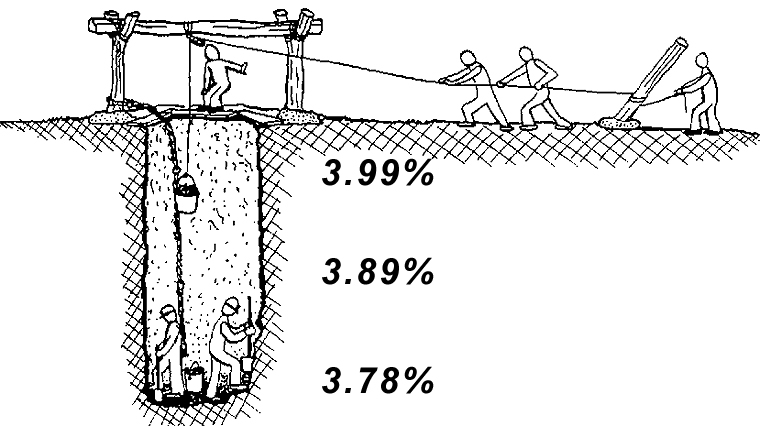 The latest mortgage rate change is from SBS Bank and they have claimed market leading rates for one year and eighteen months fixed by taking -1 bps off the low rates of others.

They haven't changed any other rate but this is enough to stand out in some key home loan rates.

Earlier, China Construction Bank adjusted most of its standard rates lower, but it didn't change its 'specials'. Their 2 year fixed, 3.65% rate is currently the lowest rate for any fixed term in the market.

But you do have to wonder how long it will hold that position.

Wholesale rates have dived following the US decision to extend its tariffs on Chinese-made goods. And these background rate shifts have been substantial. They have resulted in swap rates being pushed -15 bps to -25 bps lower since the start of July, with most of that drop happening in the past week. It is hard to see these shifts reversing given that they are underpinned by weak international economic conditions that forced the US Fed to cut rates.

And in Wednesday, August 7, markets are expecting the RBNZ to cut official rates as well and that will probably follow an RBA cut on Tuesday evening.

Of course, how far lower mortgage rate offers will go following these cuts is speculation. Banks have recently chosen to hold some back so that term deposit savers aren't hit with the full reductions. Still, a majority of any official rate cut will find its way into lower fixed mortgage rates. When is open to question; banks may hold back until the Spring real estate season kicks off so they can embellish the benefits of their 'specials' at that time. But holding back exposes them to public criticism in the meantime. The last time the RBNZ cut rates, most large banks were out of the blocks quickly with some pass-throughs.

However, as rates sink lower, banks will be under increasing margin pressure. But that pressure won't be anything like the pressure on savers who are trying to live on interest rate earnings.

Kiwibank didn't change any term deposit rates at the same time as this mortgage rate announcement.

David, do you have a view why the 5 year mortgage rates are considerably higher vs swaps than say the one year ? The govt curve has inversion out to this tenure but seems like this isn't being passed on to mortgage customers.

Is it simply a function of the premium over swaps being paid to time deposit holders ?

Actually, I don't know. On the mortgage side I suspect it might just be that there is no demand or competitive pressure to lower it. (Wholesale rates are flat and TD rates are getting that way too.) But the Spring season might see one of the challenger banks go for a flat mortgage curve. But only time will tell ...

Thanks for your thoughts David.

> savers who are trying to life on interest rate earnings.

Not really saving and not really earning are they then?

Commentators often say that the retired want to live off the interest of their term deposits.
They can say that.
In reality, I'm sure that most are drawing down on their term deposit capital (Plus interest). Of course there is no hard and fast rule which says that term deposit capital sums should be held in perpetuity. That is something which some people with vested interests parrot. Stuck record.
The main reason why term deposits inflows continue to rise is the money pouring into Kiwisaver. But as we have seen with the latest Wespac bond offering, banks do not really need retail term deposits. So expect term deposit rate reductions to continue.
And for those who are near retirement or are retired, look after yourselves, just use it up. Let your children inherit your property and that's all. And continue to not vote for any govt who wishes to push out the age of qualification to receive national super. Well done. Its worked twice so far as the main parties have flip flopped. But please keep the pressure on whatever govt is in power to push out the qualification period for the ailing parents new immigrants. And also push for these people to pay for their own public hospital medical bills. NZ healthcare will go third world if this does not happen.

An interesting image of digging a hole/well alongside falling mortgage rates.
Not sure about the RBA , most appear to suggest a hold. Should the RBNZ go 50 ?

These mortgage rates seem similar to what was being offered by banks to corporate Japan employees back in 2011. What was interesting about the Japan mortgages was that they often came with insurance that covered scenarios where the main household income was stopped (health, death, etc). The insurance would ensure that 70% of the repayments were covered. In most cases, it seemed that buying a home was cheaper than renting.

The US rates cuts are to keep Wall Street pumped. What are we cutting our rates for what..to keep the price up of Auckland property? If so, one word. Futile.