The country's first and largest licensed peer to peer lender is pulling out of the P2P market in favour of all wholesale funding of its lending activities; competitor Squirrel is expanding its retail offering

Personal Finance
The country's first and largest licensed peer to peer lender is pulling out of the P2P market in favour of all wholesale funding of its lending activities; competitor Squirrel is expanding its retail offering 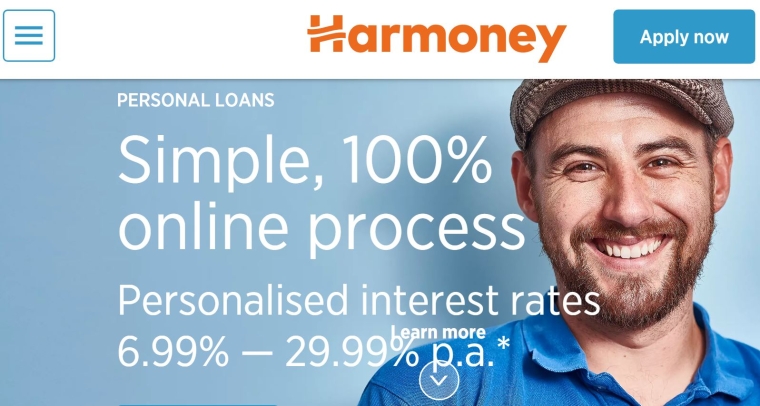 The company that was first off the blocks with peer to peer lending in New Zealand in 2014 is pulling out of the market.

Harmoney, which is much the biggest P2P lender in the country announced on Thursday that it would now be funding all its lending through the wholesale market.

This means retail investors - private individuals seeking an alternative to bank term deposits, for example - will no longer be able to invest their money through Harmoney.

In response to the Harmoney announcement, P2P competitor Squirrel came out also on Thursday with a statement saying it was doubling down on retail investment.

"In March, Squirrel investors will be able to invest in Kiwis buying property as well as the usual personal loan investment class already available. Given the background to Squirrel with over 10 years experience writing over a billion dollars in mortgages each year, this is a natural progression for us into a space we’re very comfortable.

"In fact, Squirrel have already funded a number of mortgages that will be made available to our p2p investors via the secondary market once the changes are live in March, creating further opportunities for investors looking to get better returns on their money."

Harmoney says no new retail investor applications would be accepted from February 13 and no new investment will be facilitated from April 1.

The announcement from Harmoney will be a blow to the P2P sector in this country, but the decision has arguably been coming for a little while.

The founder of the company Neil Roberts said last year he couldn't see a viable P2P lending model in New Zealand which is why Harmoney has started lending its own money.

There are seven companies, including Harmony, that hold licenses with the Financial Markets Authority as peer-to-peer lenders.

But it's fair to say that the sector, launched with something of a fanfare has proven hard to make money in. Harmoney did make a maiden profit last year.

In a statement, Harmoney chief executive David Stevens said Harmoney was established to create better opportunities for Kiwis – and then Australians.

"Our aim was always to bring much better choice for consumers, along with unprecedented transparency to the financial services industry. With our original peer-to-peer model in New Zealand, we disrupted the personal finance market and created better outcomes for borrowers and lenders. We believe we have even played a part in lowering the cost of borrowing.

"Closing the retail lending part of the platform is a decision we have come to over time. While a move we make reluctantly, it is necessary to free up resources so that Harmoney can continue to innovate, enhance value and create a better user experience for borrowers.”

He said for existing retail lenders, loans would simply run down as payments are collected and lenders’ accounts will be credited.

"Harmoney will manage the scaling down of the retail book so that there is minimum impact on lenders who will continue to enjoy the collection service they are accustomed to."

Stevens said the company had recently completed a successful capital raise, and had surpassed $1.5 billion in lending.

"...We look forward to continuing to innovate for the improvement of the whole industry and to support borrowers and investors.”

He said Harmoney was communicating the change directly with retail lenders. The terms of existing loans, and borrower obligations, are unchanged; tax certification and regular reporting will continue to be issued; and Harmoney will retain its P2P licences (issued by the FMA in 2014).

Squirrel's Bolton says "by nature", the borrowers they will be funding for a p2p mortgage will carry lower risk than personal loan borrowers, which in turn affects the investor returns.

"When we launch with the new investor options, we expect interest rate returns to be:

This sucks. I was in from the very beginning and have a RAR of 14%. Really not cool.

Yeah I was just starting to get confidence in it enough to put more money in. Oh well, will look to another P2P service.

Yeah I was just starting to get confidence in it enough to put more money in.

For the individual lender, there has been little opportunity for about 3-4 years.

Yep, its a bugger, was going to start investing again now that some recent expenditure has mostly wound up. Might have to look at lendingcrowd.

Have a RAR of 10.95% with nothing written off, but I also stopped investing with more time was spent trying to get-in before the wholesale investors.

They began by skimming some of the cream off the milk. Then they took all the cream, then all the milk, followed by the cow and then the entire paddock. Then they claimed that they were the victims because there was no market for milk or cream in this country.

This is so disappointing and could be driven by a number of things. Institutional shareholder pressure (it's biggest shareholders are Heartland and TradeMe which is no PE owned) baying for more returns and screw the little guy. Secondly, it is just too hard to make money versus the compliance costs - that being said the quantum of loans being sold down has increased of late by anecdotal observation as the "big banks" pull back on riskier lending - read as any lending.

It is easy to take a conspiratorial view that goes along the lines of screw the little guy - how dare they make 11% returns without parting with mega fees for sub standard advice and p*ss poor returns. With stock markets looking more and more over blown globally and negative interest bonds there are decreasing areas where knowledgeable investors can spread risk and get 10% returns.

A dumb board room decision that ignores the needs of a group of stakeholders (my guess retail is around 30% of lending so immaterial to them) once heralded as something for the people it has gone corporate....courageous decision executive management !!!

Precisely. It was clearly obvious when the decided to favor the institutions over individual lenders. Quality opportunities dried up over night.

Precisely. It was clearly obvious when the decided to favor the institutions over individual lenders. Quality opportunities dried up over night.

I think Harmoney had the wrong approach from the start targeting larger sub-prime loans. The admin/vetting basically took over their business.

The P2P company should really only provide the platform to connect the two parties. Which personally I think is better suited to microloans/payday lending

I think it also boils down to a regulatory issue. In my humble opinion the FMA should not have allowed "institutional investors" when granting a P2P license. The data asymmetry between P2P-investor and P2P-host is too great, as is the incentive to take more profit. When taking more profit is as simple as implementing an algorithm, then it's easy to see what's going to happen.

a victim of small_ponditis. Its a condition that affects many concepts that work well in a larger population setting but fail to thrive in our meek little ecosystem. Heck I doubt most people even know what the concept is.

It was no surprise. I was in almost from the start: made nearly 600 loans, 80% A grade and 20% B grade. My RAR has been 9.40%. Under $200 written off. However, loans have been harder and harder to find, so I have gradually been pulling money out for 2 years now.
The company needed retail investors to get this going, but it became obvious that they were increasingly turning to the wholesale market.

I dabbled a bit early on as a lender with a bit of cash I could afford to lose, essentially taking the same approach as I do to gambling. Did OK I guess, but didn't like the experience.

When I tried it as a borrower, shopping around for rates, I had to jump through hoops to get Harmoney to give me a interest rate on a personal loan, including giving them a heap of personal information, and they eventually returned with an offer of 25% APR - or thereabouts.

I cancelled the application since there was no way I was even going to touch that, but still had to take a hit on my credit history for the lookup. Think it dropped from 798 to 734.