ANZ follows ASB with a deeply discounted floating rate for home loans for new built houses, and it's cash back offer also applies for first home buyers and for homes with a 6+ Homestar rating

ANZ follows ASB with a deeply discounted floating rate for home loans for new built houses, and it's cash back offer also applies for first home buyers and for homes with a 6+ Homestar rating 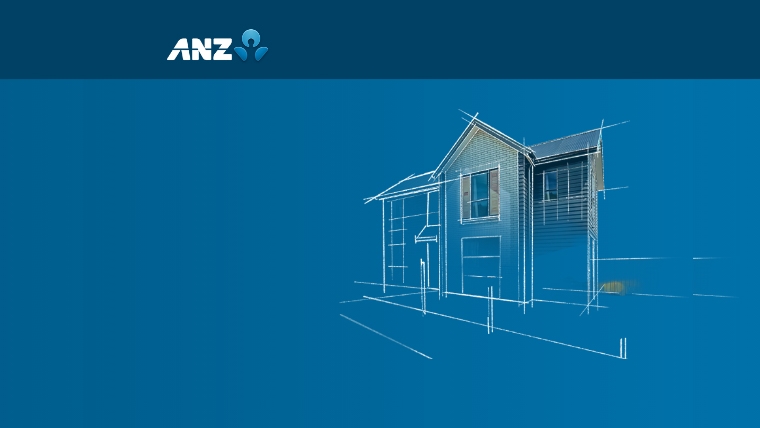 ANZ has trumped first-mover ASB with a lower floating rate for funding new builds with a 1.68% rate that will apply from July 5.

You can see all floating rates for all banks here.

ANZ's new rate will be available for 24 months as the standard floating rate for new builds, and new builds that are already underway. Floating rates may move over time in line with market conditions, such as an increase in the Official Cash Rate (OCR).

ANZ says it will contact customers currently working through a build process to move them to the low-rate offer should they wish to do so.

As part of the offer ANZ offers up to $3000 as a cash contribution for first home buyers and for those customers building a 6+ Homestar rated home. A 6 Homestar rating or higher means the home will be easier and more cost effective to keep warm and healthy, and can be more environmentally sustainable than a typical new house built to New Zealand Building Code.

In December 2020, ANZ was one of the first banks to require a 40% deposit from residential property investors "as a step to bring balance to the housing market” according to a spokesperson for ANZ

Other banks are expected to match the ASB and ANZ deeply-discounted new build loans offers.

These loan interest rates will move when the banks change their floating rates - and are expressed as a discount to their standard floating rates. Floating rates are very responsive to the Reserve Bank's OCR. Analysts expect the OCR to rise perhaps as early as February next year.

Note: This article has been corrected to clarify the two different cash contribution offers which ANZ pointed out were "mixed up" in the original version.

What's the better credit risk in terms of the RWA rating? - government is zero risk weight.

- Requires banking services on their books for 3 years, is borrowing discounted money for 3 years, and offers discount for 2 years...
- Only available till end august, so won't actually incentivise new builds.
- $3k cashback for meeting the building code? Isn't that implied?

We live in interesting times.

It's $3k cashback for building to a standard that is substantially better than the building code.

So what is a 6 star rated home? Doesn’t every house need to meet the building code and is hence 6 star?

Pity our sensationalist government only began caring about house prices after COVID otherwise I may have been eligible when I built last year.

I was speaking to an agent today and they were saying that banks have really tightened up lending in the last month and investors are also disappearing. So houses aren't selling as easily atm. Was a small town though.

Investors tend not to be so interested in small towns......

They’re not often where the big money is to be found.

We have just seen massive price increases in the regions leading to affordability issues precisely because big money is found where there is still high potential of growth, which is not happening as much in the main cities.

Smaller towns near larger urban areas seem to be the "sweet spot" - last reports I saw for Hawkes Bay saw Clive up 50.6% year on year, and it doesn't appear to be through a small number of high-priced outliers. Median $870K with highest sale in last 12 months at $1.4M. That median is $90K higher than Havelock North (a more desirable location) was just last year.

I think (hope) the horse may have already bolted in the area though. When even Flaxmere's median is over $500K the pain is real.

With all due respect, b21 and GC, there are far more investors combing Auckland, Wellington, Christchurch, Hamilton, Palmerston North, Nelson and Tauranga than little towns such as Clive in the Hawkes Bay.

As attractive as little towns may be to reside in, they are generally not great fodder for savvy investors.

It is not about the total number TTP but about the impact in a smaller community even if the number is not as high. You seem to keep having recurring problems when it comes to differentiating between relative and absolute magnitudes.

"As attractive as little towns may be to reside in, they are generally not great fodder for savvy investors."

In your rush to provide your boundless wisdom you missed the past-tense reference. The truly savvy investors have already been and gone from smaller towns, and done much better than they would have in the bigger cities. Now it's left to those who are following the advice of the local shoe shine boy/taxi driver/REA, and those escaping the cities for a quieter life.

Banks borrowing at flp 0.25, but is funding the issue, or actual land, supplies, and tradies to build?

There is no evidence that ANZ has drawn funds from the FLP. Also, I suspect this ANZ offer and ASB's related one are merely PR exercises. I doubt there is any meaninful demand behind these moves. If 5% of new home loans went into them, I would be very surprised; probably a lot less.

Looks like an old trick from the book- cash back on loans.

What’s that assumption based on? Does the RBNZ report lending for new builds? Given all the building and developments going on, 5% seems on the light side of assumptions. Per the other article today that implies about 400m a month across all lenders… that’s like only 800 new builds a month, which feels light