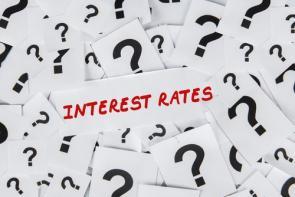 An increase or drop in the Official Cash Rate (OCR) typically flows through to home loan borrowers within a month, but the biggest impact on mortgage rates takes about six months to kick-in, the Reserve Bank suggests.

An analytical note issued by the Reserve Bank says a 1% OCR change generally moves average two-year mortgage rates by 0.34% within one month.

"The pass-through from changes in monetary policy increases over time, with the peak impact on mortgage rates about six months after the change in the OCR. At that point about 0.80% (percentage points) of the initial 1% change in the OCR is typically passed through in higher or lower mortgage rates," the Reserve Bank says.

The analytical note goes on to say that a rise or fall in the OCR doesn't change all mortgage rates to the same degree, with OCR moves typically having the biggest impact on shorter mortgage terms, for example terms of a year or less.

“Individual borrowers with mortgages on longer fixed terms may take months or years to roll off, delaying the impact on their monthly repayments,” the Reserve Bank says.

The analytical note also suggests some banks pass on more of an OCR change than others. For example, banks less reliant on deposits from local retail investors appear to undertake a stronger and faster pass-through than others.

"Alternatively, small banks, in terms of total assets, also seem to pass on changes in the OCR more than large banks. As we get more data in future we will be able to re-visit these initial findings," the analytical note says.

"The Reserve Bank moves official interest rates up or down to influence lending by banks to households and businesses. Low interest rates tend to boost the economy by encouraging spending and investment, supporting jobs and inflation. Higher rates tend to slow the economy by encouraging saving and slowing investment, in turn keeping inflation in check."

"Central bankers are perennially interested in the effects of their monetary policy decisions. By varying monetary conditions, participants in financial markets pass-through these conditions by altering the rates and conditions at which they lend to businesses and households," the Reserve Bank says.