How to break up with your bank; Ransomed for wellness; KiwiSaver ain't going to cut it; Let's bond baby; Metaphysical maths, population growth and Buddhism.

How to break up with your bank; Ransomed for wellness; KiwiSaver ain't going to cut it; Let's bond baby; Metaphysical maths, population growth and Buddhism. 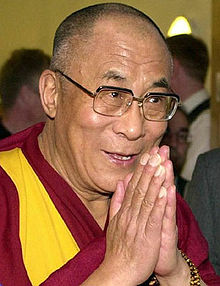 What an eventful week; election mud slinging, puppies and bank break ups. Amid life's ups and downs, Kiwis purport to be mostly satisified with life with 9/10 giving a thumbs up to NZ.

Happy to report it's all good in the hood here in Herne Bay and one of our own at interest.co.nz (not me) is expecting to welcome a new little Kiwi into the world this weekend. Much to celebrate. Good luck G.

1) How to break up with  your bank

Nov.5 is bank transfer day, an occasion led by the credit unions world-wide who are hoping to steal business away from the big boys.

Based on my own messy break-up with Westpac, I might have left some of you with the impression that breaking up with your bank is hard to do. Actually, the process is easy.

Here's a how-to-guide from Consumer Magazine to walk you through.

I have Nov. 5 marked on my calendar. Pity my bank isn't open on Saturday as I'll have to make it Monday instead.

2) Shape up or kiss your subsidy goodbye

It's no secret that developed nations world-wide are facing a big fat problem. I'm not talking about the emptying of public coffers when Baby Boomers burn through all the pension money en masse. What I'm referring to is the obesity epidemic and New Zealand, for a change, is holding its own along with other sumo-weight OECD nations.

Employers in the United States are going to rather extreme measures in an attempt to whip their workers into shape. This article from Forbes Money details how some are threatening workers who don't get with the fitness programme with the withdrawal of their insurance subsidies.

In essence, they're charging them with a wellness penalty for refusing to quit smoking or join a gym or what have you.

I'm going to cop it here but I actually think this is a good idea. I used to watch the chain smokers take endless fag breaks at my last job and wonder why us niccotine-scourging sods weren't rewarded for putting in more time at work and also taking less time for sick days.

I work for a small start-up, so I pay for my own health insurance, so no rewards other than intrinsic ones for my good health. My insurer however threw me a small bone last month by cutting my premium by 10% in acknowledgment of the fact that I'm a very good non-claiming customer.

The NZ$5.63 didn't thrill me, but I'll applaud Southern Cross for the gesture anyway. Every other insurer is moving in the opposite direction.

During a meeting with some financial planners this week,  the subject of retirement and savings figured prominently. It was no surprise to me to hear their views that New  Zealanders, as a whole, are woefully unprepared for their financial needs in old age. What did take me somewhat aback was their contention that KiwiSaver, for many, would only go one-third of the way to meeting those needs.

To a large degree that's because many financial planners have begun removing New Zealand superannuation from their modelling projections. Clients are routinely told not to count on it. Instead they're told to regard it as a bonus if there's anything left of the pension in 20 to 30 years time.

It's a bit unnerving, when you do the math. And herein lies the problem; not many people do. Nor do they have any clue about how much they'll need in retirement. (See our cost benefit KiwiSaver calculator here).

As this piece by everydaymoney.ca explains, it's not just a NZ issue.

During the global financial crisis, many bonds proved a safe haven from the calamities meted out on the share market. Bonds have the common perception as being somehow more secure, relative to equities, however  they are hardly  immune from volatility.

Their performance is very much at the mercy of interest rates, among other factors.

Here's a great primer on bonds by Motley Fool, via getrichslowly.org

See also our new bond section which includes a component on how to buy and sell bonds.

Long before I understood what Buddhism was all about, I declared myself to be a Buddhist. I chalk it up to past life recollection.

My family (all atheists) think me an odd duck. My sister used to torment me as a kid telling me I was adopted. That was before she decided to use genetics to her advantage and had me dump her then boyfriend who couldn't tell us apart on the phone. What can I say? I was 16.

The whole past life, second life possibility is intriguing to me. I can't say that I've ever had a lightening bolt flash of insight during meditation that has allowed me a glimpse of my former life as a cat or a Queen although I do occasionally delight in squashing a cockroach, imagining that I've spared the world from Hitler's comeback.

So how do the Buddhists square the math of reincarnation for population growth? Don't ask me how this article exploring the subject found its way into the Guardian Money section but the author aims to enlighten. A good one to contemplate on a quiet Sunday.

Have a great weekend.

To read other Take Fives by Amanda Morrall click here.

As a light smoker who takes very, very few sick days I thought you might be interested in another perspective.   I have so far notched up 28 happy years of working in various offices.  I think those that take fitness and healthy living too seriously are just as unproductive and objectionable as smokers.  Why?
1. They "tear hamstrings" or damage "ligaments" and a whole host of other unfathomable, healthy-sounding ailments that give them extended time off work.
2. They spend work time getting changed/showered.
3. They suck noisily on elaborate Powerade bottles during meetings.
4. They have to "work out" or punch a bag repeatedly to relieve stress.  Why not  just have a fag?

Smokers tend to be good conversationalists and very flexible.   They also spend far more time in the Great Outdoors than most.

Yeah, you're not all bad. :) Exercise nuts can be a tad obnoxious. Oh, oh maybe that's me.

The medical definition of a " light smoker " is a smoker whose a body-mass-index ( BMI ) under 20 .

Hi Amanda, a bit of bad karma.... your link to Buddhism is broken.

I was wondering why I was having a bad day. Fixed now. Sorry.

Enjoy. One of the Best books I've read on the subject is "The Power of Buddhism"  bad title but very engaging. Conservation between the DL and French film maker Jean Claude Carriere.

I'm so sorry Amanda  but the Big B won't put up the Top Ten n I'm off to Steely Dan so looks like it's going up here.

I promise there's a moral in it and some wildlife and disadvantaged ....so it's a family freindly story.

A hobbit with a lisp goes into a stud farm.

"I'd like to buy a horth" he says to the owner of the farm. "What sort of horse?" said the owner. "A female horth" the hobbit replies.

So the owner shows him a mare. "Nithe horth." says the hobbit, "Can I thee her eyeth?"

So the owner picks up the hobbit to show him the horses eyes. "Nithe eyeth.", says the, hobbit

"Can I thee her teeth?" Again the owner picks up the hobbit  to show him the horses teeth. "Nithe teeth.... can I see her eerth?" the hobbit says.

By now the owner is getting a little fed up but again, picks up the hobbit to show him the horses ears. "Nithe eerth". he says, Now...can I see her twot?"

With this the owner picks the hobbit up by the scruff of his neck and shoves his head deep in just under the horses tail. He holds him there for a couple of seconds before pulling him out and putting him down.

The hobbit shakes his head and says: "Perhaps I should weefwaze that...

Can I see her wun awound?"

That kiwisaver calculator is useful. That's around what I figured I needed to save for retirement; nice to know I was about on the money. So to speak. Now to save it up...