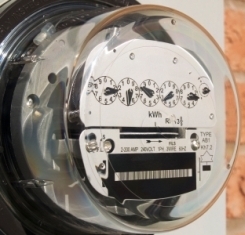 The media thrives on bad news. It's their bread and butter. I like to separate myself from the doomsday media machine. The media has yet to correct its own imbalances that define everything that is controversial, negative, sensational as 90% newsworthy.

On that front, who knows what the outcome of this ongoing debt drama in Greece and Europe will be but here's a view that maybe, just maybe, it won't be as bad as the hype.

This article from the Globe Investor takes a contrarian view on the eurozone crisis by looking at the possibility of a more muted outcome if and or when Greece exits from the eurozone. The suggestion, by CIO Eoin Fahy (quoted in the story) is that the markets have anticipated the fall-out and the departure could be more orderly than is widely expected, or at least rumoured by the media.

Could it be that the debt drama will be resolved in classical Greek fashion via the financial equivalent of the literary deus ex machina device?

And here's an excerpt.

Eoin Fahy, chief investment officer of Kleinwort Benson Investors in Dublin, presented the contrarian view at a Bank of Montreal teleconference on the euro zone crisis earlier on Thursday. His assessment is that there is a “75 per cent plus” likelihood that if Greece does leave, the departure will be orderly and accompanied by countermeasures to prevent contagion from infecting the rest of Europe.

He believes an exit will be greeted by an “almost simultaneous” series of policy announcements indicating that the European Central Bank will flood the banking system with liquidity to prevent a financial crisis. These measures would include massive lending to banks at low interest rates for long periods.

Late last week the Financial Markets Authority  issued a guidance note on performance fees on KiwiSaver. As the note was directed at fund managers and trustees I gave it a pass but upon reflection I thought I'd include it in today's Take Five. The note has to do with how performance fees (these are fees over and above the normal one's) can be calculated and communicated. It seems there was a bit of smoke and mirrors going on in this regard or at least no real clarity from a regulatory perspective.

As far as I'm aware there are only two KiwiSaver providers who charge this performance fee: Milford AssetManagement and Fisher Funds Management. Most members enrolled in KiwiSaver via either of these providers will know that they have both produced above average results for their peer group over the four years. The performance fee is a fee that the fund managers pay themselves for basically doing a good job. If they do a really good job, you won't likely be moaning about the extra fee. It still pays to know when and how these extra fees kick in and how much extra on top of what your normal fees are.

If you aren't in Milford or Fisher Funds maybe you won't care, but you should care about what fee you are being charged by your provider regardless.

And here's a breakdown of the various fees you can expect to pay in KiwiSaver which we have calculated on an  "expense ratio" basis. 'Because the fees are calculated by providers in an inconsistent manner at present, some would argue that it's virtually impossible to know how they rate compared to their competitors. But as Government announced in its budget last year, in 2013 the rules on reporting and disclosure will change so in theory providers will be using the same methods to do their math.

Until then, Find your Fund here and look up your fees, then compared to other like funds. And FYI in Australia, the average is 1.3%.

July 1 will be the first year anniversary since the new rules on financial advisors kicked in. The new regulatory framework introduced by the Financial Markets Authority (FMA) basically introduced minimum standards for advisors resulting in a clean up of a very messy sector.

The cost of compliance isn't cheap and as a result has driven many advisors out of business and solo practitioners into a group practice.

The following article published in goodreturns.co.nz looks at the changing landscape in advisory land and raises some valid questions about whether register financial advisors (RFAs) have managed to wiggle through the red tape that has some AFAs in knots.

Also from goodreturns, publisher Phil McAlister blogs on the repositioning (he calls it musical chairs) of a few key players in the financial advisory sector.  McAlister also has a go at the newly renamed Financial Services Council (formerly the Insurance Savings and Insurance Association) over its failure launch - anything new other than a name change. A tad cynical but maybe he's got a point?

5) Moving away from shares and bonds

An article in the Australian caught my eye the other day. In a 12-page pull-out (everything you wanted to know about Super) James Dunn takes a closer look at where the A$1.3 trillion (the fourth largest retirement kitty in the world) is invested. It's chock full of interesting super fun facts one of which was a projected trend away from shares and bonds and into infrastructure investments instead ie. airports, toll-roads and utility companies. At present, only about 4% of Australian Super funds are invested in infrastructure.

According to a report referenced in the story  (commissioned by the Association of Superannuation Funds of Australia (ASF) exposure to infrastructure investments (by super funds) will increase four-fold by 2025; from A$50 billion to A$200 billion.

If you're a Kiwi living in Australia or living here with funds in Australia, here's more from James Dunn on how the Budget 2012 in Australia will affect your Super savings.

If you're a KiwiSaver staying put, here's a transcript of our live web interactive with Bryan Gaynor (of Milford Asset Management) explaining about the investment opportunity for New Zealand's when the SOE sell-off takes effect.

Drama and chaos are Greek words. Nothing goes smoothly there!

Until TV came along people had to play with themselves.

PS: Get Smart is replaying on TV now. It's funnier now than then.

The europeans have had a couple of years to get ready for a Greek exit and default. They have been saying it wont happen   not because they believe but it rather to buy time to get as much Greek debt held by greeks as possible.

When it does  happen, which could be any day, the big losers in the short term will be Greeks who will lose homes and businesses , wont be paid and wont be able to import anything because their currency will be worthless, they wont have a banking system and wont get any credit from anyone. That will focus the minds of voters in the rest of Euroland who wont want to go the same way.

In the long term it will sort itself out as Greece will be a great place for a holiday and their olive oil will to $2 a tonne but the pain will be intense and felt for many years.

It is so well signalled I dont think if it happens it will be catastrophic.

Apparently the Greeks are going to vote to stay in this time anyway - so the can gets kicked on down the road.

They cant vote to stay in. All they can do is elect a government that will stand by the deal done earlier. They might do that but it did not look like it a week or so ago.

Right - voting for a govt that wants to stay in.

Reporters on the ground seem to feel that the majority will do that this time.

Grexit, schmexit.  It's time now to start worrying about a Spaxit