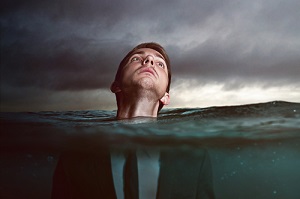 "Live within your means."

This is the number one piece of advice we’ve received from our grandparents, and thrown out of the window.

Spending money you don’t have has become a norm, no matter whether you’re a baby-boomer, in Generation X or Y.

New Zealand’s consumer debt is at a peak, sitting at $15.19 billion as at the end of July.

The year-on-year growth in the amount of consumer credit we’ve taken out has trended upward since 2012, when we started recovering from the global financial crisis.

As at the end of the July, consumer debt had increased by 5.1% from the previous year. Track the change on this interest.co.nz chart.

Competition between banks, finance companies and store credit providers is aggressive, with lenders advertising the promise of a better lifestyle for “free”.

While in the past people only really got loans for large purchases – houses and cars – lenders are offering loans for increasingly small items.

Fisher & Paykel Finance's Farmers Finance Card, for example, is offering its cardholders an “exclusive” deal, whereby for two weeks, you can “load up at PAK’nSAVE and get 90 days to pay”.

These sorts of campaigns demonstrate just how ruthless lenders are in their attempts to catch the low hanging fruit – people most desperate for cash, who are most vulnerable to having their debt spiral out of control, due to not being able to make repayments or not having the financial literacy to best manage their loans.

This is not to say people with stable incomes are immune from being sucked in to getting money fast and “for free”.

The financial advisers interest.co.nz spoke to from Enable Me, Auckland Central Budgeting and Acumen, all say consumer debt is a widespread issue that stems from a mentality that racking up debt is normal.

A couple of advisers say it isn’t unusual for them to encounter low to mid income people with $100,000 of consumer debt, with one saying 85% to 90% of the clients she provides budgeting advice for, have consumer debt of some sort.

So while the moral of the story remains what your grandmother’s always told you – ‘live within your means’, here are a few tips for if you absolutely have to borrow cash:

This comparison interest.co.nz has done between personal loan providers shows bank rates can range from 8.49% to 19.2%, while interest rates on finance company loans can range from 7.95% to a whopping 32.50%.

Interest.co.nz has also done a comparison between credit card providers. It shows bank rates generally hover around 19.95%, while the finance company, GE Money, has killer rates attached to its cards of up to 29.95%. Store cards like Q Card and Farmers have rates in the early 20%s.

In many instances, the easier it is to get cash, the more likely you’ll be stung by high rates.

Auckland Central Budgeting manager, Pam McKenzie, notes people run into serious trouble when their banks decline their loan applications due to them reaching their debt limits, so they go to the next often more costly lender up the scale.

Balance the interest rate with the term

While getting a low interest rate is important, it’s equally as important to make sure it’s paired with an appropriate repayment term.

Acumen financial educator, Lisa Dudson, says one of the biggest mistakes she sees people make is getting sucked into paying a low interest rate over a long term, which in the end leaves them more out of pocket than if they opted for a higher rate that enabled them to pay off the loan quicker.

She notes you can fall into this trap by extending your mortgage, without realising the amount of interest-incurring years this may add to your repayment period.

While most finance provider try to lure you in with enticing interest free periods, it’s worth noting they may make up for this bonus with extra high rates when this period ends.

“I’m savvy enough to repay the loan within the interest free period” you say. Think again.

This is especially the case if you’re juggling a number of cards or loans, or have a store card which has different interest arrangements with different shops.

Read the fine print to spot the fees

Lenders aren’t going to miss an opportunity to make a quick buck if they can, and slapping on a fee for the tiniest piece of admin you give them is the easiest way to do so.

While the establishment fee you usually have to pay to get most store cards, some credit cards and loans is fairly obvious, it’s the more subtle “running costs” that really sting you.

You’re likely to be charged an annual fee, as well as fees if you: change the terms of your loan, request an additional statement to that which the provider already gives you, or are sent a reminder letter for stepping out of line by not making a repayment on time for example.

You may even have to pay a fee if you are referred to the financier by a broker, or if you repay more than the term of your loan requires you to.

McKenzie notes this early repayment fee is a real stinger, as you can’t simply settle your debt if for whatever reason you are able to front up with the cash. Instead you’re locked in to paying interest until the end of your term.

Pay more than the minimum repayment

For people who aren’t contractually obliged to make set repayments, it’s advisable never to just stick to the minimum repayment.

Most credit card and store card providers require you to make minimum repayments of only 3%.

If you’re being charged 20% interest, you’ll be moving more than two steps back for every one step forward when it comes to repaying your debt.

This interest.co.nz calculator shows that if you borrow $2000 on an ANZ Standard MasterCard for example, and only make the minimum repayment of 2%, it’ll take you 16 years to repay your debt.

Some furniture and appliance stores that sell goods on hire purchase, include insurance on the goods you buy.

McKenzie warns you need to ask for this fee to be removed if you don’t want insurance.

She notes insurance isn’t usually necessary and the sorts of goods these stores sell have guarantees under the Consumer Guarantees Act for if they break.

Furthermore, most people will be covered by their personal insurance for if the good is stolen.