While Banking Ombudsman cases involving the four Australian owned banks were down across the board in the June year, there was a noticeable increase in customer gripes about Kiwibank.

The Banking Ombudsman Scheme's  2016-17 annual report shows Kiwibank enquiries, complaints and disputes, combined, jumped 137, or 42%, to 464 year-on-year. That's an increase to 17%, from 12.1%, of all Banking Ombudsman cases from a bank whose total assets comprise just 4% of total New Zealand banking assets.

Asked about the rise in complaints about Kiwibank, a spokesman for the state owned bank said there were no clearly identifiable trends. He said the complaints spiked during the year to June, but had now returned to "more normal" volumes.

"It should also be noted that our customer base has continued to grow and we now have more than a million customer relationships. We have encouraged disaffected customers to use the services of the Office of the Banking Ombudsman, probably more so than in the past, particularly with complex issues where customers have not accepted proposed solutions by the bank," the Kiwibank spokesman said.

"We acknowledge the independent assessment the Banking Ombudsman Scheme is able to bring to disputes, although Kiwibank is committed to trying to resolve issues directly where ever possible."

Heartland Bank also saw a big year-on-year jump in Banking Ombudsman cases, to 110 from 58. The biggest increase stemmed from "enquiries" as opposed to complaints or disputes. (The details of what all three are is outlined underneath the first table featuring below that was taken from the Banking Ombudsman's annual report).

"Enquiries relate to customer contact made directly to the Ombudsman and can include general questions, as well as initial expressions of dissatisfaction. Upon receiving an enquiry, the Ombudsman will direct the customer to make contact with Heartland directly if they had not yet done so. We do not receive specific information about enquiries unless they become a formal complaint lodged with the Ombudsman. We anticipate our growth in business volumes and customer numbers to lead so some increase in enquires," a Heartland spokesman said.

Customers win more disputes against Kiwibank than any other bank

The Heartland spokesman added that disputes resulting in judgments going the way of customers were the "ultimate barometer," and there had been none against Heartland over the past two years.

The Banking Ombudsman Scheme is a free service that helps customers resolve problems with their banking service providers. It's funded by scheme participants. Its board is chaired by Miriam Dean QC and includes both bank and consumer representatives such as BNZ and Rabobank NZ CEOs Anthony Healy and Daryl Johnson, and Consumer NZ CEO Sue Chetwin. 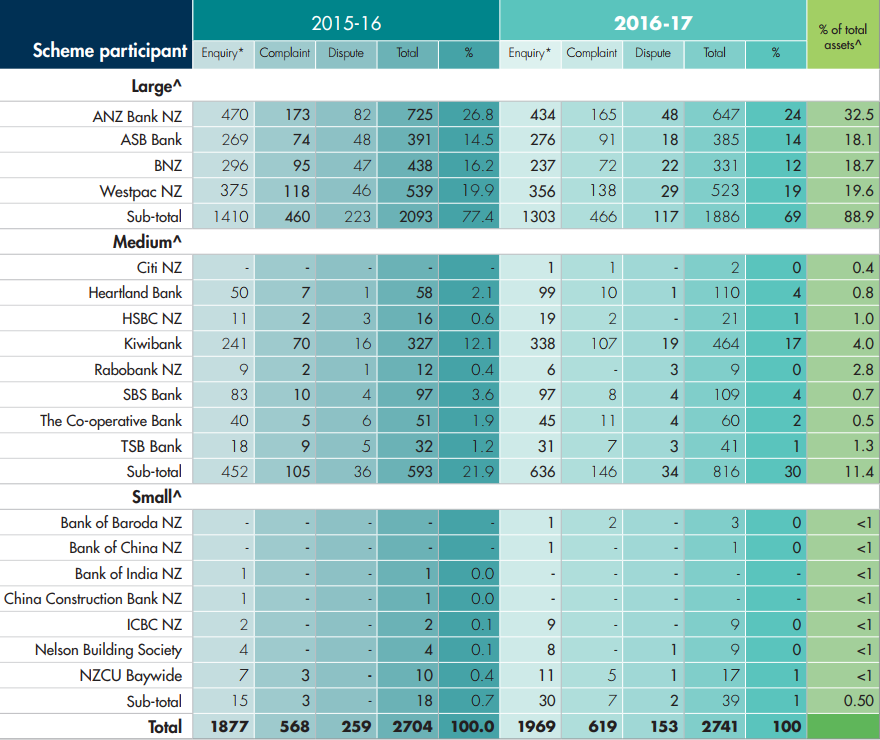 ^ Participants are classified according to total assets at December 2016.
* Excludes 758 enquiries in 2016-17 where the bank wasn’t identified or wasn’t part of our scheme.
- Means no cases received. 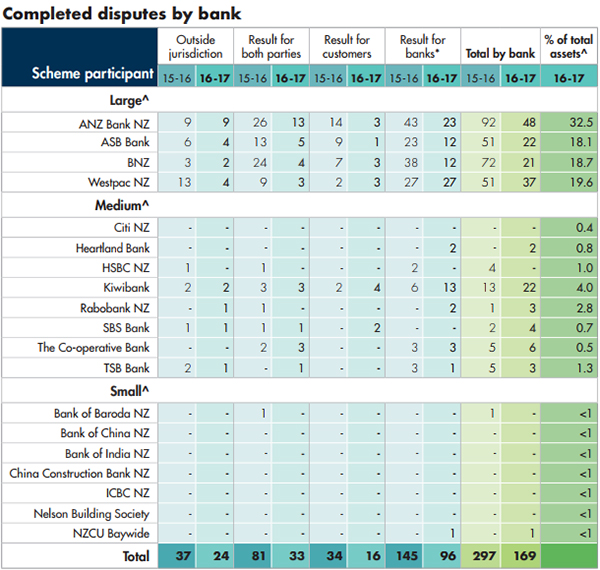 However, from its current financial year the Banking Ombudsman is recording cases differently. Enquiries are now general questions or observations without raising a complaint. Complaints are an issue raised for resolution, i.e. where there's an expectation that something happens or changes. And disputes are issues where a bank and customer have reached a deadlocked position and the Banking Ombudsman starts an investigation.

"This is because we are now working earlier to try and help facilitate a resolution before the complaint is deadlocked. It also means we are able differentiate between general enquiries and those where people are concerned about their banking," a Banking Ombudsman spokesman told interest.co.nz. 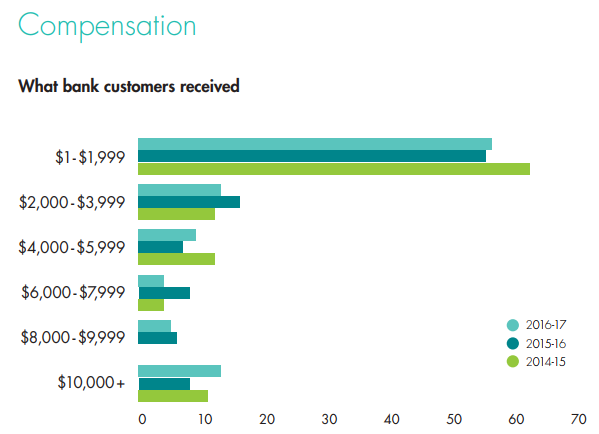 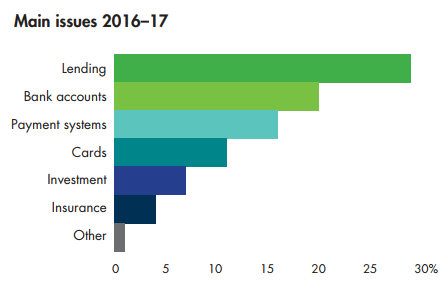 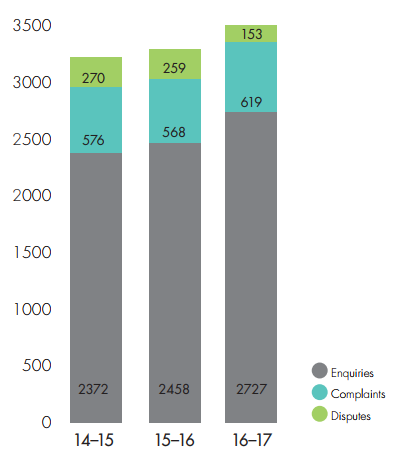