Consents for 3554 new homes were issued in May, the highest number since May last year

Property
Consents for 3554 new homes were issued in May, the highest number since May last year 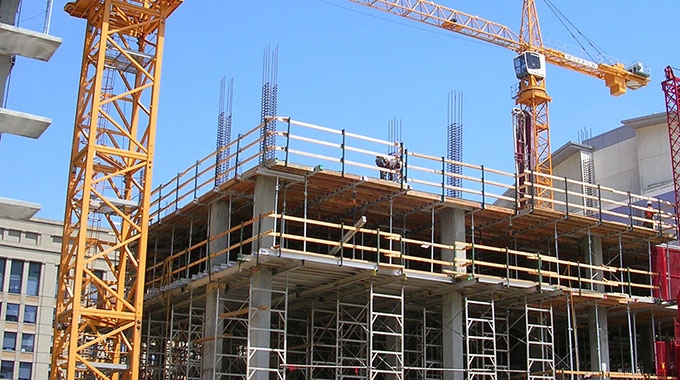 The number of new dwelling consents being issued has recovered strongly post-lockdown but commercial building consents remain low, according to the latest Statistics NZ figures.

The total value of new dwelling consents issued throughout the country was the second highest for any month ever in May at $1.316 billion, beaten only by May last year at $1.339 billion.

But the total value of new dwelling consents issued in the 12 months to may remains an all time annual high at $13.596 billion.

The increase in new consents was particularly strong in Canterbury where 667 consents were issued in May which was up 50.2% on May last year (the interactive chart below shows the trend for new dwelling consents in all regions).

However, consents for commercial building have not bounced back as strongly as residential consents, with consents for hotels, factories and offices remaining at particularly low levels.

Going against the trend, $133 million of consents for storage buildings such as warehouses were issued, up 27.9% on May last year.

I will be more interested in June and July as May would have included many from April.

My steel supplier tells me orders are down a third since end of lockdown, yes we need to wait and see if it picks up, but at the moment my thoughts are we need to prepare for a plateau at about this level for some time. Over optimistic reports that plane travel will be back to pre covid in a couple of years time are so far off the mark, wait and see

And the reported ".. against the trend, $133 million of consents for storage buildings such as warehouses.." is easily explained: online trading and to some extent drop-ship etc, require logistics in the middle - from Warehouses. It's B&M retail that won't be getting built or if built, tenanted....

Next everyone will be complaining of a housing glut...

So much for the D&G merchants, who no doubt will be claiming (in their glass-half-empty ways) that *extra* supply in the form of new-build inventory will have a depressive effect on prices.

Don't believe it, the recovery is here, take that, Covid! Buy buy buy!

Agree its great there's more supply coming, but I would suggest that it Covid continues the way they are for a year or two there will be some very big issues in property developer land. To clarify bankruptcy and contractors failing from lack of payment. There have been cases of foreign apartment owners in Aussie refusing to settle and abandoning their deposits since the middle of last year.

Any data on new applications? Or are these consents the result of various paper processing staff working from home without H&S meetings, team building exercises and the myriad of other time wasting corporate culture fixtures getting in their way, enabling them to power through the backlog?

I think we're seeing a step change in building requests, heading deeper into the digital revolution started over 30 years ago, & hopefully, away from big, overpriced, congested dirty cities to a more locally focused future. Perhaps even a move to homes with inbuilt offices & maybe even storage/warehousing type spaces all in one location. Live on the top two levels, offices on the next level down, with show rooms & delivery areas on the ground floor with a dozen underground car parks beneath. Then all we need is flying cars & we'll be right.

Wife and I are going ahead with a FHB new build. Hoping it doesn't bite us in the bum.

We're in the middle of a major reno and build. Spending twice again what the house cost to buy. I feel the breeze on my exposed behind.

You started around March last year ?