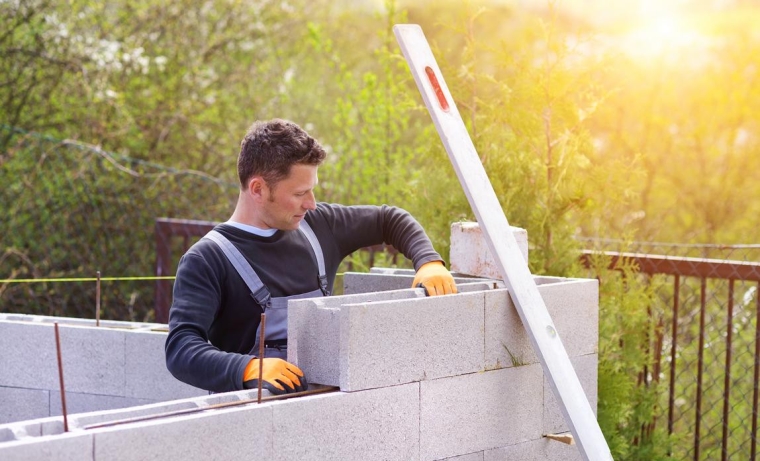 The residential building industry may be at the beginning of a downturn.

The latest figures from Statistics NZ show that the number of new residential building consents issued throughout the country has declined for three months in a row.

The figures show there was a drop off in the number of consents issued in March and April due to the Level 4 pandemic lockdown restrictions, but they then recovered strongly, rising to 3562 in in May.

That means the number of new dwelling consents issued throughout the country in August was down 3.6% compared to August last year.

Around the regions the trends were mixed.

In Auckland the number of consents declined in August for the first time since April, and were only marginally below where they were in August last year, while consents were also down in August compared to July in Waikato, Bay of Plenty and Otago.

But consents were up in August compared to July in Wellington and Canterbury (see the chart below for the full regional breakdown).

The decline was particularly noticeable in the number of apartments and retirement village units consented, while consents for stand alone homes and townhouses have been relatively stable.

However consents for apartments and retirement units are usually quite volatile, so it is too early to say if the slide in their numbers is particularly significant yet (see the second table below for the trends in consents by types of dwelling).

Its a shame that lockdown restricted the construction sector, we could have achieved alot over this period.
Roading / infrastructure construction segments would have worked well with lower traffic levels around also.

Government would likely tell you that there was nothing "shovel ready." Apparently even very basic maintenance like filling the holes or resurfacing roads requires at least a decade of lead time.

I'm still not sure this means a lot. I submitted my plans for a deck extension on the bach well before anyone in Wuhan had eaten a bat, and I'm still waiting.

I didn't realise anyone still bothered for decks?

Up a story and in a protected zone. Very modest yet expensive.

An ASB economist pointed out during last months consented numbers release that councils also struggled with lost productivity during stages of lockdown, with reported slowdowns in administrative processing of consents.

All countries will get Coronavirus eventually but only China got it right off the bat.

Or fresh out of the glove, as it were.

In Auckland so much of new construction happening in freehold land hold by individuals and investors.

There wasn't much of a need to build risky high-rise apartment blocks in Wellington and forcing the entire region/country to underwrite its earthquake risk when there are plenty of rundown houses within walking distance of CBD or close to train stations in desperate need of redevelopment.

More so at a time when remote working is already leading to reduced demand for inner city living around the world and NZ government is contemplating moving a few of its offices out of Wellington CBD's overpriced office lease market.

And in the meantime tenants have set a $1 million property on fire with a dope growing operation (here), and only being liable for $800 (the insurance excess) after causing $400k worth of damage. Will the insurance company sue the tenants? they should do. Good luck with that!

But a bigger question is why would anyone buy a property for $1 million and then put it on the market as a rental? The returns simply make it not worth it.

Perhaps they can borrow at 0% or less?

'why would anyone buy a property for $1 million and then put it on the market as a rental? The returns simply make it not worth it"
They buy for 1 mil, rent it out for few year at 20K loss and offset the loss against income and then sell it for 2 mil.

The same is the case in the West Auckland property market. The market is doing great and new homes are almost ready to sell but waiting for the CCC. we did some Appraisals last week for new homes.

Council sent the planning consultant an RFI over a month ago and he then rang me to say that he would have it back to Council the following Monday... still waiting. I won't employ him on the next project.

This is also due to sections being drip fed onto the market, so the market being controlled so sections don't flood the market. Very often subdivisions are only released in stages, where they could just release a large bulk of them in one go and sell then cheaper but quicker. We need so much regulation around the housing and construction market, as they are so many things that need improvement that will benefit consumers. That fact that billions of dollars are wasted on fixing construction errors on brand new buildings being built today, and NZ consumers are paying for this indirectly, shows how broken the system around housing is.